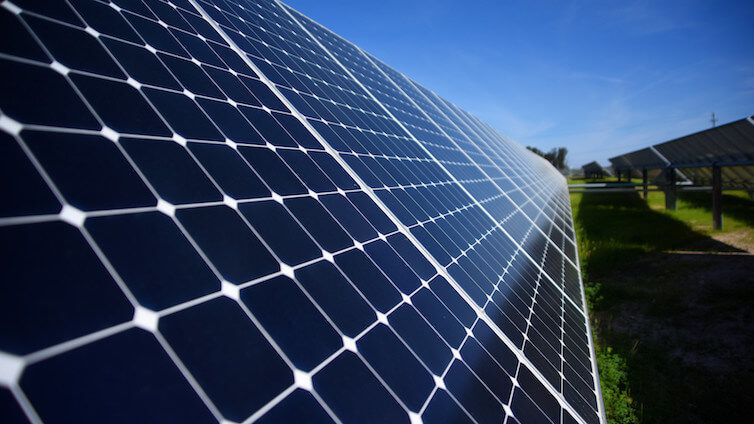 A recent Goldman Sachs report says big oil companies are key to the global climate debate, as their products account for 10 per cent of the carbon emissions of the global energy sector. The rest of the report asks: Can Big Oil change its ways?

Goldman’s answer is yes. It sets out a path through which Big Oil can become Big Energy by the year 2030 by embracing greener energy sources and higher-value petroleum products. These initiatives can help the oil industry reduce its carbon-emission intensity by 23 per cent, a target that matches sustainable development goals while still providing universal access to energy, according to the International Energy Agency.

Simply put, “Re-Imagining Big Oils: How Energy Companies can successfully adapt to climate change” envisions a future where oil provides just 26 per cent of industry revenues (down from a current 48 per cent). Filling the gap are natural gas (forecast to account for 19 per cent of industry revenues by 2030, up from 11 per cent), liquefied natural gas, or LNG (rising to 20 per cent from 14 per cent) and petrochemicals (increasing to 10 per cent, up from five per cent today).

At the same time, Goldman says that renewable energy sources, supplemented by carbon capture and storage (CCS) and reforestation, can account for 15 per cent of Big Energy’s revenues by 2030, up from just two per cent today. And whereas Big Oil’s renewable green energy projects currently generate no profits, the report predicts tomorrow’s oil companies will enjoy a five per cent return from green energy sources in 2030. 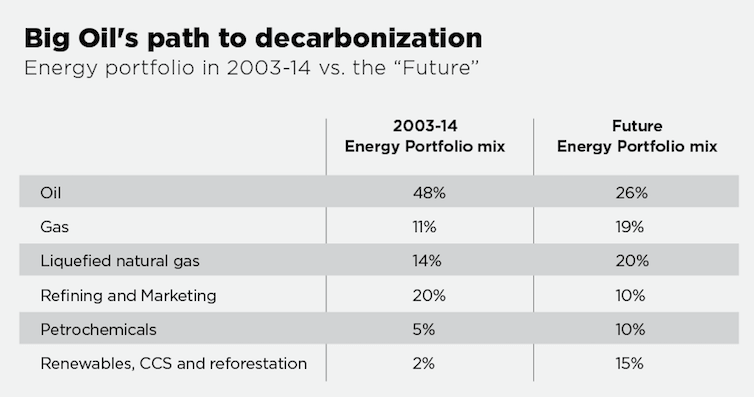 Other Goldman predictions: more oil companies will become gas and power utilities, generating 10 per cent of industry revenues by 2030; the costs of solar power and energy will drop 50 per cent over the next decade; and biofuel use will rise, driven by new fuels developed from algae and vegetable oil.

The report says many investors expect Big Oil’s low-carbon transition will produce lower profits. Goldman thinks differently: “We believe that this conclusion ignores some key dynamics of the low-carbon transition (tighter financing for hydrocarbon projects, a more concentrated group of developers for megaprojects, financially stranded assets), and we come to the opposite conclusions: Big Oils will see improving returns in their path to become Big Energy.”

While not mentioned in the report, the two most prominent examples of big energy going green (Neste and Ørsted, formerly known as the Danish Oil and Gas Company) now generate the majority of their profits from biofuels and renewable power respectively, while handily outperforming their fossil fuel peers on margins and total shareholdeer returns over the past five years.