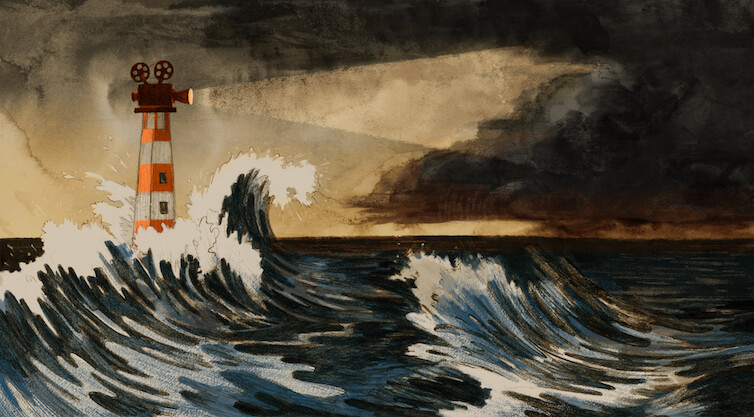 Harmer grew up near Mount Nemo in north Burlington – a dramatic craggy outcropping on the Niagara Escarpment, which is a UNESCO World Biosphere Reserve. The damage being inflicted on the area’s delicate flora and fauna fired not just her indignation, but also her creative imagination.

For Harmer, opposition to this onslaught of industrial activity became a cause célèbre as she used her guitar, her song-writing skills and her fan base to help marshal supporters and donors to a high-profile 2009 campaign to protect the species and natural heritage threatened by these operations.

Almost a decade later, she’s fighting again, this time an encroachment by developers building on a designated “Area of Natural and Scientific Interest” (ANSI) north of Kingston. The so-called Johnston’s Point recreational properties project, on Loughborough Lake, threatens six endangered species, including the Blanding’s turtle. The developer’s pitch is to create a “benefit” for endangered species elsewhere in the province, a loophole introduced in 2013. “Any attack on our living systems is problematic,” Harmer observes, noting that she’s once again playing numerous benefit concerts to help raise funds and awareness to fight the project. “Everyone has a role. But music takes it up to a different place.”

Harmer, of course, belongs to a long tradition in Canada’s far-flung arts community – creators working in a range of media to draw attention to both the risks facing the environment and the beauty of Canada’s natural heritage. Their ranks include the late novelist Farley Mowat, guitar virtuoso Bruce Cockburn and photographer Edward Burtynsky (“Anthropocene”), as well as Indigenous artists such as Kenojuak Ashevak, the ground-breaking Inuit painter renowned for her iconic depictions of mythic Arctic creatures and landscapes.

With sustained political attacks on policies like carbon taxes and green energy, as well as a general loosening of environmental protections, artists like Harmer have a lot on their plates, both politically and artistically. “Right now,” she says, “it’s an onslaught.”

Herewith, four other creators who are focusing attention on these issues. 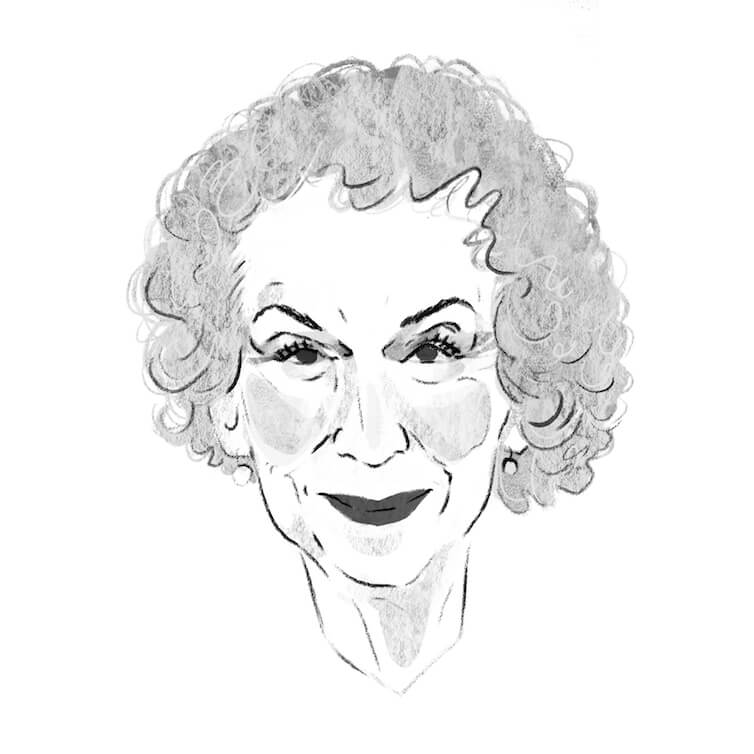 The period when Margaret Atwood, arguably Canada’s most popular novelist, emerged as an outspoken environmental activist occurred in the mid-to late 1980s, a time when logging companies were pressing to clear cut one of Ontario’s last remaining old growth forests, north of Lake Temagami.

Yet to anyone familiar with Atwood’s writing, Canada’s wild spaces have served as an evocative and occasionally nightmarish backdrop to her fiction for years. The list of references is lengthy, and includes the disturbing short stories in Wilderness Trips, the jungle-like ravines in Cat’s Eye and the ravaged dystopia of The Year of the Flood.

The daughter of an entomologist, Atwood grew up in Canada’s back country; in the way that German fairy tales play out against the ominous backdrop of the Black Forest, Atwood’s fiction is defined in part by the geography of southern Ontario. While her writing often explores our phobias about what she once described as a “malevolent north,” her political stance is one of a staunch defender. “This is wartime,” she wrote in the preface of a 1989 book on how to become a green consumer. “Right now, we’re losing but it’s still a war we can win with some good luck, a lot of goodwill and a great many intelligent choices.”

Those include books. In 2003, Atwood and a handful of Canadian publishers led a high-profile push to persuade printers and publishers to begin using so-called “ancient forest friendly” paper made from 100 per cent post-consumer waste. “We have shown we can create a market,” she told Canadian Press during the Frankfurt book fair that year. Indeed, many publishers have since switched to Forest Stewardship Council-certified paper, which is made from trees harvested in sustainable ways.

Perhaps the most interesting detail of Atwood’s activism was her invention of the so-called “long pen,” an electronic device that allowed her to autograph her books remotely, thereby avoiding air travel and all the associated carbon emissions. The device was unveiled during the publicity for The Year of the Flood, which details the lives of a small group of people, “God’s Gardeners,” who survive a devastating global pandemic created by out-of-control science – genetically engineered plants, cloning, etc. – promoted by avaricious corporations. Their leader espouses the need for a “waterless flood” that will sweep away the corruption of near-future humanity and restore the natural environment.

“Science is a tool, like a hammer,” Atwood, ever the scientist’s daughter, observed in one interview. “You can use it for good or ill… Some of the technology in the book is quite handy. It’s not science you have to look at, but the human beings that use it.” 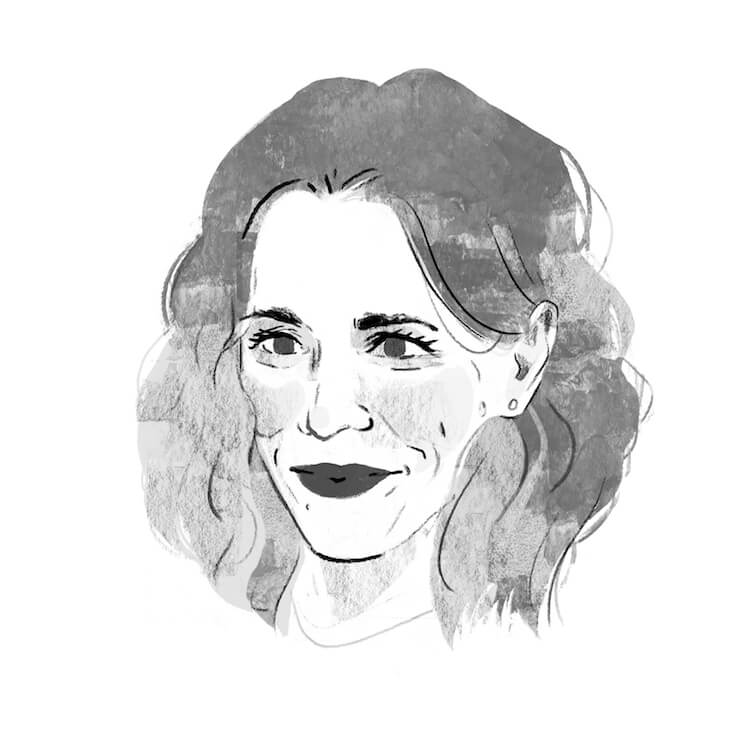 While it’s hardly uncommon for Hollywood stars to promote signature charities, Rachel McAdams seems to have come by her environmentalism, well, organically. The London, Ontario-born actor, who graduated from York University and shot to international celebrity after her role in Mean Girls (2004), has long made a point of steering clear of Hollywood, living a low-carbon, low-profile lifestyle in a west-end Toronto neighbourhood.

Away from film and TV sets, she rode a bike whenever possible, didn’t own a car (until she got knocked off her bike), wore clothes made out of edamame (soy), and cultivated a habit of unplugging all the appliances in her home to save energy (which she buys from Bullfrog Power). McAdams once even enthused about a new eco-friendly funeral method: “I don’t want to have a tombstone,” she told World Entertainment News. “You can now be made into a reef! I was reading that they can make your remains into a reef and put you in the ocean and the fish can feed off you! I want to go back into the earth the same way I came.”

In an interview with The Independent, McAdams related how she discovered her passion for the planet while backpacking across Australia while in university. In her career, she chose to leverage her public profile to advance both environmental causes as well as low-carbon lifestyle choices. In 2007, she and two friends launched an eco-lifestyle consumer products website, Greenissexy.org, which they ran together for five years – an unusual side-gig for an A-list actress.

More recently, McAdams has put her name to high-profile advocacy campaigns, including Naomi Klein’s 2015 Leap Manifesto, which called on the Canadian government to take a social-justice based approach to climate change. McAdams has also used film to advance her environmental interests, narrating two documentaries, Take me to the River and Sonic Sea, which both address ecological issues.

Sonic Sea shines a disturbing light on the unheard impact of shipping-related noise pollution on sea mammals like whales and dolphins. “There is a direct physical correlation between the amount of ship noise and the physiology and stress levels of these animals,” she explains in the film. “We’re putting the ocean at risk; and when you put the ocean at risk you’re putting all of us at risk.” 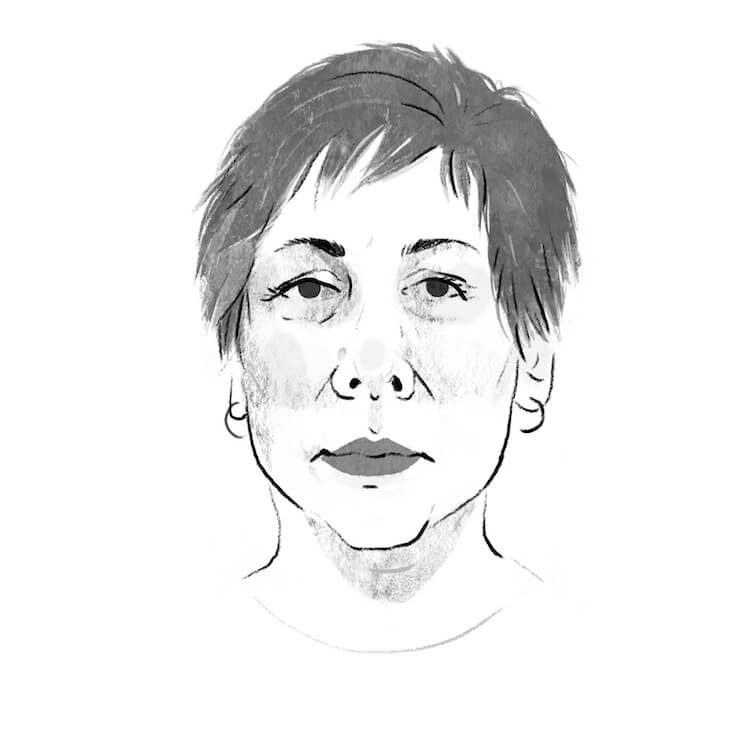 In a dramatic and startling video mounted at the Venice Biennale in 2005, Anishinaabekwe performance artist Rebecca Belmore wades labouriously out of the Pacific Ocean, and eventually moves towards the camera filming her. Suddenly, she hurls a bucket of water at the camera, but the liquid it contains is blood, which streams down the lens.

“The bottom line,” Belmore explained in an interview conducted during the prestigious art exhibit, “is that as human beings, we all need water. The future of water is something we should all think about, as a planet of human beings.” As she has pointed out, “We war over oil. What is going to happen when it comes to water?”

Belmore, who was born in 1960 in Upsala, northwest of Thunder Bay, is one of Canada’s most accomplished Indigenous artists, and her work has received national and international acclaim, including the inclusion of “Fountain” in Canada’s Biennale pavilion, a first for Indigenous artists.

Her themes go far beyond water and the natural environment per se. Belmore’s multi-media work explores the harsh legacy of colonization, violence and dispossession on Indigenous women and their bodies. But the suggestive presence of the despoiled natural environment always hovers around works such as “The Great Water,” a canoe tipped on its side and shrouded in a sprawling black canvas.

In some cases, she has directly addressed herself to contentious political issues, such as the Oka crisis of the late 1980s, when a builder sought to expand a golf course into a former Mohawk burial site. With a dramatic installation entitled, “Speaking to Mother” (1991), which is a giant birch-bark and wood megaphone, “the speaker’s voice is meant to reverberate throughout the land, reminding Aboriginals of their heritage and connection to the land,” critic Mia Guttmann observed in Art Toronto.

Belmore took the megaphone to numerous First Nations communities, both on reserves and in more urban settings. As she explains, “I was particularly interested in locating the Aboriginal voice on the land. Asking people to address the land directly was an attempt to hear political protest and poetic action.” 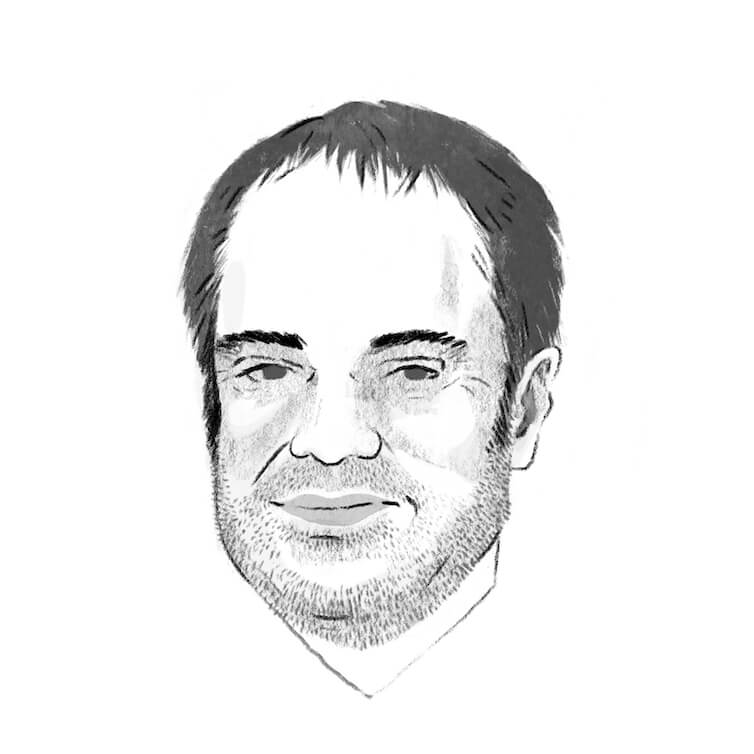 Silicon Valley billionaire Jeff Skoll, the Montreal-born, University of Toronto educated engineer who was eBay’s first employee, tells a story about how he first encountered Al Gore’s famous climate change slide presentation. In the early 2000s, in the days before TED Talks, Gore was crisscrossing the U.S. armed with a data-dense PowerPoint presentation showing the insidious advance of climate change.

In 2005, Skoll happened to be in the audience for one of Gore’s talks. “Even with all the presentations Al was making, his message would not reach enough people before it was too late,” he wrote in Variety a decade later. After the talk. Skoll, who had launched Participant Media, a film production studio for socially progressive topics, invited Gore to talk to a small group of his co-creators about turning the lecture into a film.

Despite initial skepticism from established Hollywood producers, the result, An Inconvenient Truth, went on to break documentary film records and, more important, shift the global conversation around climate change. “Environmental organizations and teachers embraced the picture in droves,” Skoll noted. “It was adopted as part of the standard curriculum for a number of countries and remains one of the largest-grossing documentaries to this day.”

After retiring from his gig as president of eBay with a $2 billion windfall, Skoll set up a $1 billion foundation dedicated to social impact investing as well as Participant Media, which has, in the past 14 years, racked up an impressive string of critically acclaimed, progressive-minded films, including Spotlight, a sequel to An Inconvenient Truth and Fast Food Nation. Prominent among the company’s output are feature films and documentaries that probe environmental themes, including a drama about the catastrophic Deepwater Horizon oil spill and Last Call at the Oasis, a 2012 film about the global water crisis.

Skoll’s strategy has also been to pair the films with advocacy campaigns – Last Call raised a huge amount to help restore water levels in the Colorado River – and other initiatives run through the foundation, such as the China-based Institute of Public and Environmental Affairs, which promotes green technologies and also tracks air pollution in Chinese cities.

Given the latest predictions of rapidly accelerating climate change, Skoll’s creative and advocacy work seems doubly crucial, although he remains an optimist in the face of the abundance of troubling environmental news. “Solutions are now within reach,” he wrote two years ago. “But more than ever, there is no time to waste. We must bring these solutions to every corner of the globe.”

John Lorinc is a Toronto-based journalist and author specializing in urban issues, business, and culture.