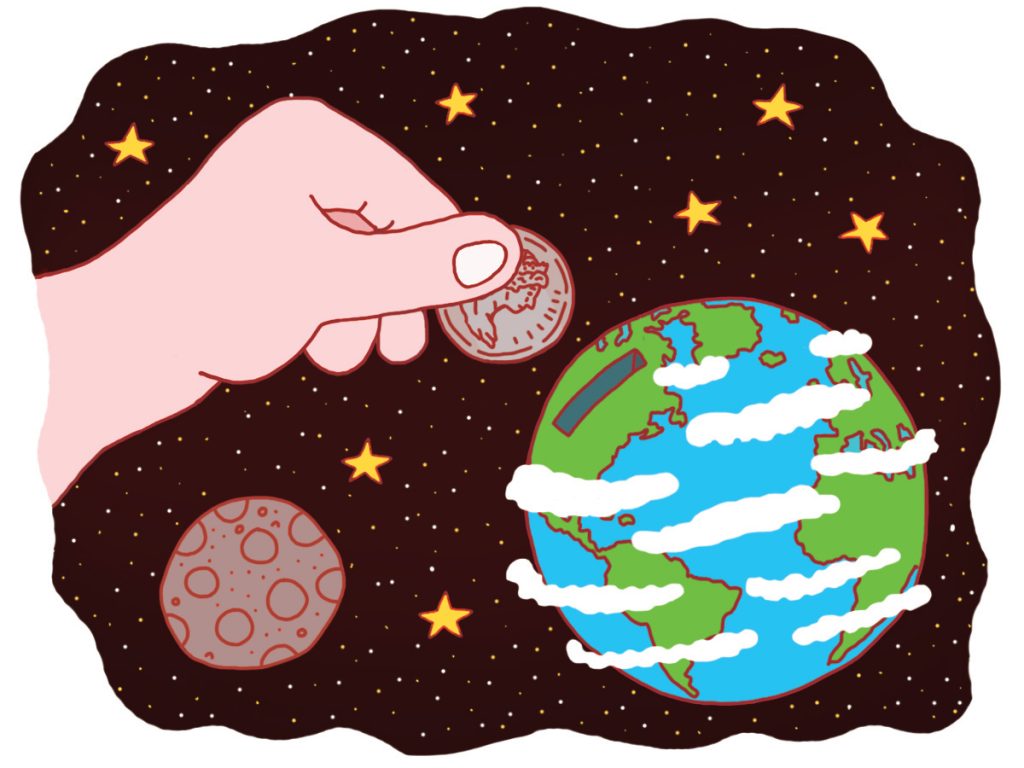 Every two years, WWF publishes the Living Planet Report, a global analysis on the health of our planet and the impact of human activity on nature. The Living Planet Report 2018, published in October, found that there has been a 60 per cent fall in wild vertebrate populations since 1970 and that humanity is using the resources of 1.7 planets.

The date each year when humanity exhausts nature’s annual resource budget – known as Earth Overshoot Day – is now in August and this is moving backwards year after year. Understanding and acting to reduce the environmental footprint we have as societies, organizations and individuals is essential if we are to tackle global environmental challenges.

In the case of climate change, we actually need to have a negative carbon footprint by mid-century if we are to meet the “well-below 2 degrees” objective of the Paris Agreement. We need net-zero carbon emissions to stabilize the stock of carbon in the atmosphere, and that means reducing carbon emissions to zero in every sector we can, while also extracting and sequestering carbon from the atmosphere using biological, chemical and industrial processes at incredibly large scales.

Analysis by Nordea, the largest financial services group in the Nordic region, has found that moving one’s savings to sustainable funds can be 27 times more efficient in regard to improving one’s personal carbon footprint than eating less meat, using public transport, reducing water use, and flying less, combined.

Investors – from the largest institutions (such as pension funds, insurers and sovereign wealth funds) to the smallest millennial retail saver – are increasingly concerned with ensuring that their investments across different asset classes (such as listed equities, bonds, private equity and property) have smaller environmental footprints and that these become better aligned with different environmental thresholds.

As a result, there is a large and growing interest in using financial assets as an instrument to reduce the environmental footprints of companies. I doubt that this interest will go away, and I see it growing significantly over the coming years due to structural changes in both environmental preferences and demand for financial services in both developed and developing country markets.

Central to this is the idea that preferring less carbon intensive companies over more intensive ones will shift company behaviours and change environmental outcomes for the better. This will be partly realized through changes in the cost of capital: “green” companies will have access to cheaper capital than “brown” ones, shifting decisions in favour of less pollution.

But measuring environmental footprints across sectors, geographies and asset classes is not easy. And some argue that even if one can do so accurately and efficiently, in asset classes where investors are investing in extremely large and highly liquid secondary markets (think U.S. listed equities), it is hard to see how this could make a difference.

After all, the argument goes, in these deep secondary markets it is hard for any single investor decision to have much impact on anything, whether it is executive pay or company strategy, let alone carbon emissions. So why would an environmental footprint or carbon footprint-based set of investor preferences make any difference to company behaviour?

I certainly agree that the potential to shift company decisions in favour of positive environmental outcomes becomes harder and harder for the individual investor the larger and more liquid the market, and that by definition investors have much less influence on companies in secondary markets than in primary ones.

However, those who argue that this therefore means there is no value in investors acting on their preferences for lower environmental footprints through active ownership (or even disinvestment) miss some key insights about how norms and practices spread within societies and organizations, and how tipping points are reached. It is not the single marginal investor that we’re interested in, but the point when a substantial minority or majority of investors collectively shift their view and apply their influence in concert. So yes, there is a big collective action problem here, particularly in secondary markets, but it is not clear to me that this is an insoluble one.

Clearly, however, investors have a much greater chance of achieving their objective of lower company environmental footprints in markets where they can have more influence. This generally means primary markets and targeting smaller, less liquid markets or market segments. For example, you can have much more influence on a company via private equity than listed equity. Credit markets and bank loans could also be an effective way of applying pressure on companies, as there is often a limited number of lenders in many markets and geographies.

Similarly, sectors where there aren’t many buyers and sellers (e.g., coal-fired power stations) or where companies actually have positive choices aligned with decarbonization (e.g., automobile manufacturers) are areas where investors can have much more influence. Developing countries generally have much less sophisticated capital markets and are highly reliant on a limited number of providers of capital – this creates another set of opportunities for effective influence.

It is disappointing to see, therefore, that the vast majority of activity seeking to reduce companies’ environmental footprints targets the least suitable and hardest to change: international oil and gas companies listed in large secondary markets with a core business model that isn’t easy to shift. These seem like the least attractive targets for successful change and yet that is where the bulk of activity is, particularly among civil society actors. Civil society can also ignore the fact that investor relations departments are getting better at outmanoeuvring them and that their strategies and tactics are evolving. Imagine if the same energy focused on shifting the behaviour of international oil and gas companies had been focused on more suitable and easier-to-shift targets.

Investor influence on companies and their environmental footprints differs enormously by asset class, sector and geography, as well as (of course) by the size and reputation of the investor(s) in question. This needs to be much more clearly expressed to clients seeking to influence company behaviours through their investment choices.

A necessary starting point is understanding the environmental footprint that companies and assets in investor portfolios have, and what particular environmental issues are being targeted. The next step needs to be a much more realistic conversation about what influence is possible where, followed by an effective execution strategy that prioritizes concerted action and coordination with other like-minded investors. Asset managers and financial advisors need to up their game and provide these solutions. Only then is there a good chance that investors can actually reduce the environmental footprint of their holdings.