When she was a teenager, Jennifer Jackson’s family moved from an all-Black neighbourhood in Philadelphia to Hershey, Pennsylvania, a community almost exclusively white.

“It was the first of what would be most of the rest of my educational and professional career being one of the only minorities. I guess I learned how to deal with that early, and I see that as a positive,” Jackson says.

In high school, she applied for a summer program that pushed underrepresented minorities into science. There she listened to a young chemical engineer discuss her job designing a polymer used to make windshield glass shatterproof. “I remember the moment … I could see [engineering] applied to real life in a way that, in this particular case, actually helped save lives,” she says.

After getting a degree in chemical engineering from Yale and a PhD from Carnegie Mellon, Jackson’s love of teamwork and her impatience with solitary research jobs led her away from academia to a career in management consulting. A decade later she joined Capital One in Washington, D.C., first as senior director, then as vice-president. In 2018, she moved to Toronto to become president of Capital One Canada, becoming one of the only women – and even rarer, one of the only Black women – running a large Canadian corporation. 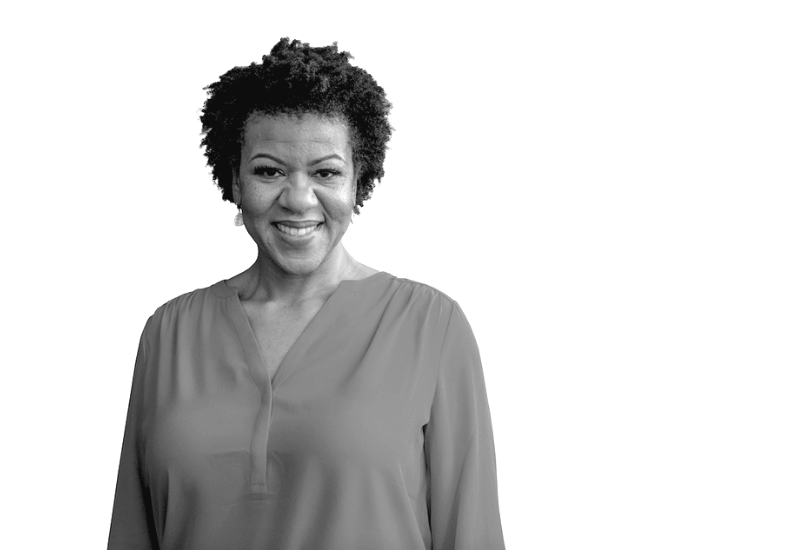 Despite rising to the top of the corporate world, Jackson says that being both Black and a woman has meant that she’s often been underestimated, passed over and excluded – and once even mistaken for waitstaff at a corporate event. “We’ve always been taught that we need to do twice as much work and work twice as hard to get the same things.”

Jackson says her science background comes in handy in the numbers-obsessed financial services industry and has also helped her build common ground, even when race and gender made her an outsider. “Ultimately, we have more in common than we have differences, even if that’s not always apparent. Sometimes it takes more conversation or personal exposure to get to that point,” she says.

“Ultimately, we have more in common than we have differences.”

With Jackson at the helm, Capital One Canada has tried to support young women of colour by sponsoring the annual Black Girl Magic Summit, which engages young women on entrepreneurship, financial and personal wellness, and money management.

Jackson’s advice to corporate leaders: “Ensure there’s a diversity plan. Be mindful of bias in our recruiting and development process, develop meaningful promotion and performance reviews. And then lead with empathy.”

Founder of Kingsdale Advisors and the BlackNorth Initiative 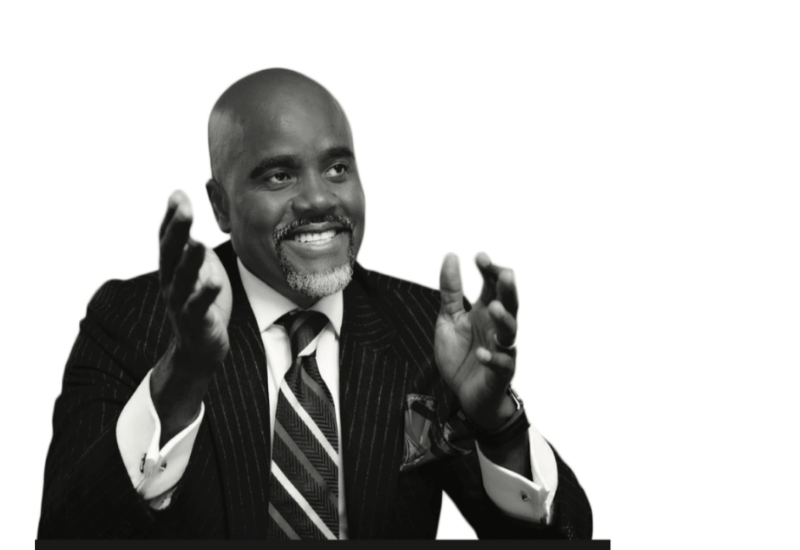 Wes Hall learned early how to make it on his own. When he was 13, his mother packed all his things into a straw bag and kicked him out of their home, a tin shack in rural Jamaica. Hall earned money “selling peanuts on the street,” paying for his own food, clothing and school expenses, before moving to Canada to live with his father at 16.

Years later, that same determination propelled him to leave his job at the investor services firm Georgeson to start Kingsdale Advisors, a company dedicated to helping activist investors effect change within public companies. Working in corporate Canada, Hall says that he was never invited into any boardrooms, so he channelled his entrepreneurial drive and founded his own firm. “I wanted to create something … and control my own destiny,” he says.

He soon became one of Bay Street’s most powerful brokers, but he and his family continued to experience systemic anti-Black racism. After the death of George Floyd, an unarmed Black man killed by a Minneapolis police officer in May, Hall felt compelled to write an op-ed in The Globe and Mail. He wrote of seeing Floyd when he looked in the mirror and called for the dismantling of systemic anti-Black racism. Numerous business leaders, including CIBC CEO Victor Dodig, reached out to him after reading the piece, asking how they could help.

With their support, Hall launched the BlackNorth Initiative, which urges businesses to support diversity, inclusion and the Black community. Their pledge was signed by more than 300 Canadian CEOs of companies representing a market cap of more than $1 trillion, including Capital One Canada’s Jennifer Jackson. The signatories commit to hiring at least 5% of their student workforce from the Black community and ensuring that 3.5% of board and executive positions are held by Black people by 2025.

Hall’s advice to racialized professionals: “If you’re stuck in [a] position for a sustained period of time and you’re an ambitious person, leave. Look at other companies that have a better track record in promoting racial diversity, even if you have to get less money and work your way up, because at least they’ll give you an opportunity.” 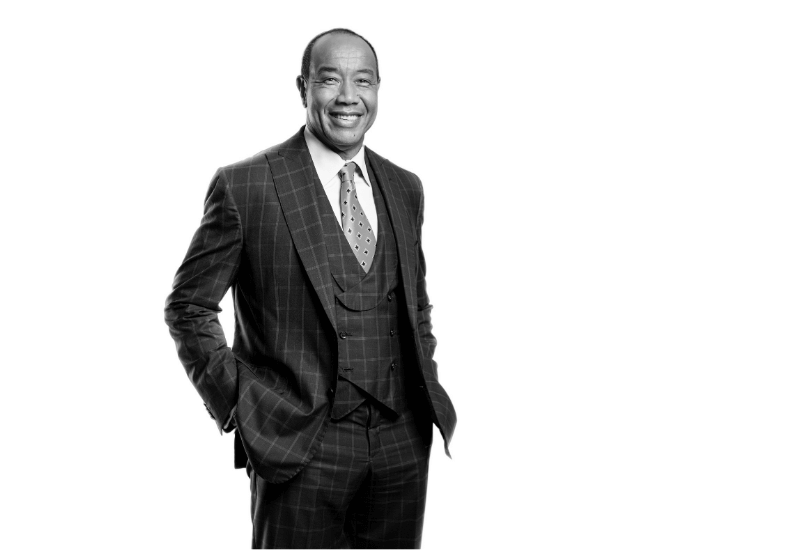 In the late 1970s, Michael Lee-Chin drove 120 kilometres every day to his job in Tillsonburg, a small town in southern Ontario whose sweltering tobacco fields were immortalized in an eponymous song by Stompin’ Tom Connors. He had received only three job offers after returning to Canada, where he studied civil engineering at McMaster University, from an engineering job in Jamaica, where he was born and raised. The offers were all outside his intended field: long-haul truck driver, soap salesman and financial advisor. It was accepting the third that brought him to Tillsonburg and the world of finance.

As an advisor, Lee-Chin would spend his days cold-calling potential clients. If lucky, he was invited to their homes. “I was so excited that someone would really say yes to me and give me the opportunity to come and present,” he says. “I would say to myself while in the middle of the presentation at the kitchen table, ‘What’s the highest value I can give this family here tonight?’ And the answer kept coming back to me: make them wealthy.”

This led to another question: how?

He devised a formula for wealth creation: all wealthy people own a few high-quality businesses in long-term growth industries they deeply understand. They spend money prudently and view wealth through a long-term, intergenerational lens. Applying the formula to himself, he snapped up financial-services firms and ballooned their assets under management. The CEO of Portland Holdings and chair of the National Commercial Bank of Jamaica now has a personal net worth pegged at $1.5 billion. The philanthropist’s donations also helped found the University of Toronto Rotman School of Management’s Michael Lee-Chin Family Institute for Corporate Citizenship.

Lee-Chin notes that despite his impressive career, which includes being one of the few Canadians on the Forbes billionaire list, he’s never been invited to sit on a corporate board. “I can’t attribute it to anything other than that I must be less attractive than the worst board member in all the Canadian companies,” he jokes.

His approach to racism during his early career was shaped by a young man’s naiveté. Growing up in Jamaica to Black and Chinese-Jamaican parents, Lee-Chin says he never experienced racism and entered Canada colour-blind. “Had I been overthinking [colour] right out of the door I would have said to myself, ‘There’s no way I, as a Black man, should go and cold call in rural Ontario, where whenever they see Black people, they’re picking tobacco, not giving financial advice.’”

When asked how to fight systemic racism, Lee-Chin cited Newton’s law of inertia: an object will remain at rest unless an external force pushes it into motion. Similarly, he says, corporate Canada will remain complacent unless outsiders – be they consumers, activist investors or policy-makers – force it to change. 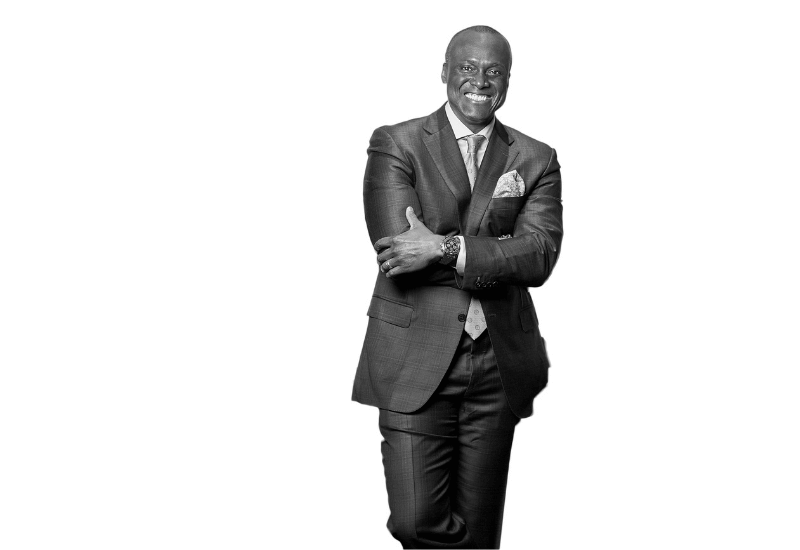 Long before Tracy Miller became a senior vice-president at CP Rail, he studied mathematics at LeMoyne-Owen College in Memphis, Tennessee, where he was scouted by a Chicago rail company.

Miller says his “lifestyle growing up as a young Black man [in Tennessee] and all the things that you deal with, mixed with this mathematical, analytical way of thinking,” readied him for a 25-year career in the sector. He says understanding the challenges of being one of the few Black executives in corporate America, and now corporate Canada, requires focusing on the words “one of the few.”

“You worry about a lot of different variables that come into play when there’s no one else around that’s like you. You feel like you have to be stronger than normal and at least twice as good sometimes to get some of the recognition that you deserve,” he says, echoing Jennifer Jackson’s sentiment.

In April 2019, Miller filed a suit against a former employer, alleging that racial discrimination had led to his being passed over for promotions five times since 2015, despite his excellent employee record and his reputation among his peers. He left to join CP as VP of corporate risk in March 2019.

Miller, like Hall, advises emerging Black leaders to find inclusive companies that value their talent: “Remain hopeful. Be persistent and be realistic.”

He adds, “I think there are a lot of young Black leaders who would excel if they were given an opportunity.”