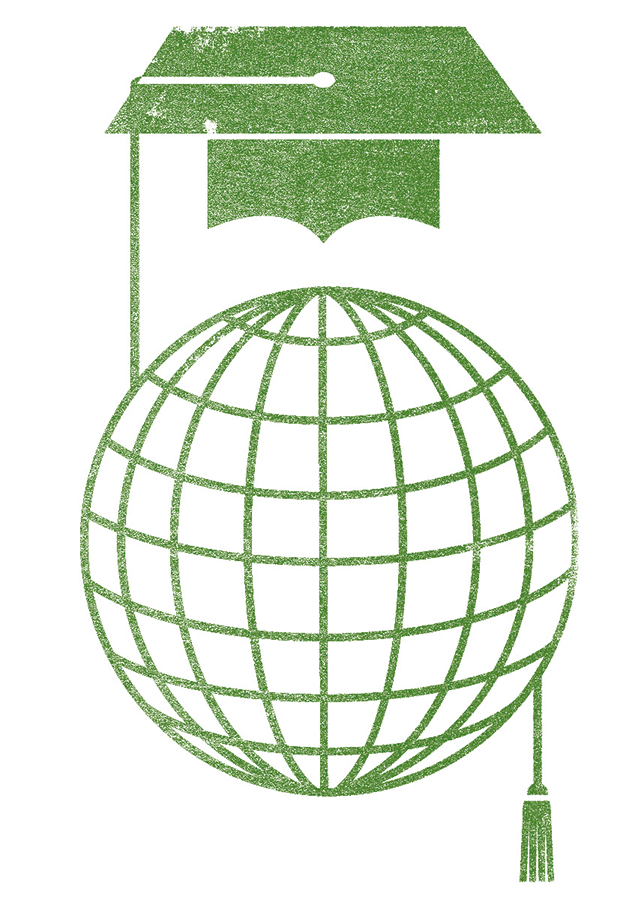 The program looked like a perfect fit for the university. Calgary petroleum magnate Clayton H. Riddell, at the urging of former federal Reform Party leader Preston Manning, was offering to donate $15 million for Carleton University to set up a school in political management. The largest donation in the school’s history quickly received enthusiastic backing from university chancellor Herb Gray, a former longtime Liberal MP, and the school opened in 2010. Yet the governance structure was kept under wraps, with Carleton battling freedom of information requests for more than a year before finally acquiescing this June in the face of privacy commissioner arbitration. What was discovered is becoming an increasingly common phenomenon: philanthropic donations to post-secondary institutions that allow donor influence over the program’s budget, academic hiring and curriculum, in this case through a steering committee majority-appointed by the Riddell Foundation.

The university quickly announced in July that the agreement it itself had agreed to did not fully reflect Carleton’s policies and procedures on staff selection and budget allocations and was being renegotiated. It pointed out that “donor participation at Carleton is not unusual, but there is a difference between participation and decision-making and it’s an important distinction.” Where does that distinction lie? Is it possible for Canadian universities to find that middle ground in public-private partnerships without compromising academic freedom?

Up until 20 years ago, large-scale philanthropic donations to Canadian academic institutions were unusual. In fact, the first business school in Canada to be named after a donor occurred in 1995, when the Richard Ivey family donated $11 million to the University of Western Ontario. Today, 18 business schools have changed their names to reward large-scale donors.

Ken Wyman, program co-ordinator in the post-graduate fundraising and volunteer management program at Humber College, believes that federal and provincial tax changes in the 1990s encouraged private gift-giving to post-secondary institutions, including various provincial matching grants for funds raised privately by universities. Between 1997 and 2007, according to Statistics Canada, philanthropic activity as a source of revenue grew at an average rate of 11 per cent per year. As schools expanded their fundraising departments, large donors began to command a greater share of attention. In 2007, the head of fundraising at the University of Ottawa, David Mitchell, foreshadowed the increasing importance of philanthropy in an interview with the Globe and Mail. “It’s become a permanent feature of how universities do their job. The machinery of fundraising has come of age at universities in the last generation. I don’t think it is about to end.”

Financial pressures stemming from the economic downturn have resulted in university funding being capped or cut at the federal and provincial level, pushing universities to court large donors more openly. Although thousands of donations are made every year with little or no restrictions involved, philanthropists understand that increasing financial constraints are forcing universities to consider different forms of donor involvement on academic decision-making and hiring decisions. The funding of endowed chairs and the establishment of institutes, large-scale scholarship programs, research programs and new buildings have all resulted from these agreements over the past five years, with 16 to 18 of these agreements now in place across the country. With substantial public funds supplementing these donations, the private funding of programs and schools has developed into an increasingly contentious battle over academic freedom.

The Clayton H. Riddell Graduate Program in Political Management at Carleton University is only the latest in a string of public debates over donor involvement at public universities. In 2010, Barrick Gold founder Peter Munk gave $35 million to the University of Toronto to expand the Munk School of Global Affairs. Although university president David Naylor assured the public that academic freedom would not be compromised as all donors are required to sign an agreement that they will not interfere with research and teaching policy, the university is required to present a report on activities every year to a board appointed by Munk. The purpose of the report is “to discuss the programs, activities and initiatives of the School in greater detail.” Munk has withheld $15 million of the donation until 2017, allowing him to express his discontent with the direction of the school with the threat of a withdrawal of funds.

Former Research in Motion co-CEO Jim Balsillie donated $50 million to set up the Balsillie School of International Affairs out of the Centre for International Governance Innovation (CIGI) in 2007, in partnership with Wilfrid Laurier University and the University of Waterloo. At the time, it received little fanfare, but subsequent attempts to set up a home for its school of international relations at the University of Ottawa and York University were rejected over fears of academic interference. The agreement stated that CIGI would appoint two of the five members of the steering committee, which needed to achieve unanimous approval for any decisions reached. Two hundred faculty members signed a letter to the York University senate, arguing that it gave the think tank an “unprecedented voice in matters of academic governance.”

The Canadian Association of University Teachers (CAUT), representing about 65 000 faculty members and other professionals at 120 universities and colleges, has become the leading opponent of what it views as growing threats to academic freedom. It has threatened Wilfrid Laurier University and the University of Waterloo with censure starting this November if they do not cancel previous agreements involving the Balsillie School of International Affairs. James Turk, CAUT’s executive director, believes that academic independence is being slowly eroded in a scramble for limited donor dollars. While speaking at a conference in February, he declared that “once you’ve allowed people to buy decision-making power through their donations, the public’s trust in the unique role that universities play will be eliminated…. Donors should have no sway over academic affairs in the community.”

Even with CAUT becoming increasingly vocal in its criticism, in the hours after York University rejected the partnership, according to CIGI, three different universities called up the think tank to outline their interest. When releasing a statement on the York University rejection, Waterloo professor Tad Homer-Dixon, who was heavily involved in drafting the agreement, criticized CAUT for being out of touch. “These public-private partnerships are the wave of the future. My response to the CAUT is get used to it, folks. We need to figure out how to do this in a way that protects academic freedom and allows for institutional innovation and creativity in universities across the country.”

Homer-Dixon notes that although free inquiry at universities is a bedrock of our liberal democracy, the federal government already wields significant control over research priorities. Through its $3 billion a year in research funding for post-secondary institutions, it is able to set “priority areas” in which research proposals are more likely to receive funding.

American universities have also been struggling with the question of donor influence for over a decade, with more brazen attempts to influence academic priorities on display in a variety of faculties. Yet for the most part the conversation has remained muted, due to the majority of top U.S. schools existing as private institutions not receiving direct taxpayer subsidies.

In the wake of the push-back over the Riddell School governance model, there has been institutional movement to set up guidelines for future deals. The Council of Ontario Universities announced in July that it has set up a working group with senior administrators to establish policies that protect academic freedom when making these agreements. One simple step would be to require full disclosure. These deals involve millions of provincial taxpayer dollars, which governments could compel administrators to release information about. It was difficult to judge what the exact details were in the CIGI-York University proposal, with the CAUT and CIGI each releasing conflicting documents to the media. Carleton University fought disclosure of its agreement with the Riddell Foundation for over a year, at one point even offering up a heavily redacted version that failed to satisfy anyone.

In recent years, university administrations have shown a willingness to flaunt their own rules that are meant to preserve academic freedom, so it’s unclear what effect guidelines like those to be proposed by the Council of Ontario Universities will have. Agreements will have to be scrutinized on a case-by-case basis, debated in the court of public opinion. What’s clear is that after decades of publicly funded universities, the dynamics at our post-secondary institutions are changing for good. We just have to make sure it’s in the public interest.