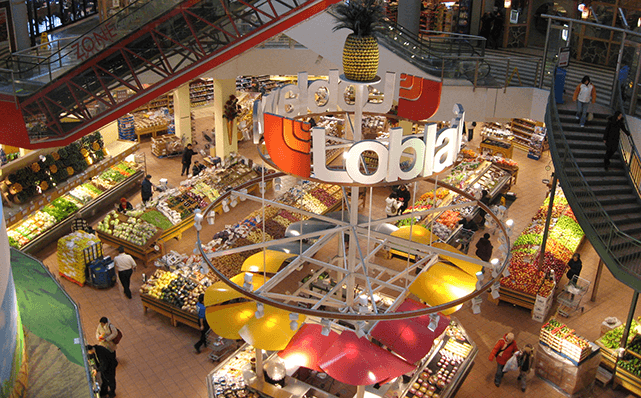 Loblaws, the Canadian supermarket chain with over 70 stores, announced in June that it is on track to meet its year-end 2013 goal of sourcing 100 per cent of its seafood from sustainable sources. The grocer leads the industry with 73 Marine Stewardship Council-certified wild-caught seafood products, and has introduced its

WiseSource Salmon product line, a company initiative to meet Aquaculture Stewardship Council standards. The Loblaw Sustainable Seafood Policy Initiative was introduced in 2009, and has caused ripples throughout the industry. Leading environmental groups are encouraged with the progress. “Loblaw has developed the most aggressive sustainable seafood commitment in the world,” says Gerald Butts, president and CEO, WWF-Canada. “Through its collaboration within the supply chain, investment in education, and stakeholder and government engagement, Loblaw is driving large-scale transformational change.” Next steps include introducing WiseSource Tilapia into stores, as well as becoming members of the International Fishmeal and Fish Oil Organization (IFFO). This will begin a 100 per cent conversion to sustainable fishmeal and fish oil products that meet the IFFO Responsible Supply standard.

Although it acknowledges the positive steps Loblaws has taken, Greenpeace, in its 2012 list of sustainable seafood supermarkets, penalized the company for continuing to sell salmon farmed in open net pens. This ongoing activity was behind the company’s drop in the rankings to second in Canada, although its overall score did improve. The environmental impact of this practice, which involves breeding salmon in net cages open to the broader coastal ecosystem, has become a topic of fierce debate within aquaculture circles in Canada, as the industry attempts to expand into Nova Scotia. Critics contend that chemicals, nutrients and fish waste end up affecting wild fish habitats, and have called for a ban on the practice. Instead, they have championed closed containment systems, which have been sourced by Canadian supermarket group Overwaitea Food Group since 2010. The Nova Scotia government along with competitors like Sobeys do not believe these systems to be commercially viable at this time. Although Loblaws has stated its preference for closed containment systems, it continues to sell open net pen farmed salmon in its stores, and has refrained from following Overwaitea’s lead.

Ikea, the iconic home furnishing company, continues to face mounting criticism over the continued logging of old-growth forests in the Russian region of Karelia by its wholly owned subsidiary Swedwood. The Global Forest Coalition (GFC), an alliance of NGOs with members in over 40 countries, released a report in May highlighting the widespread clear-cutting of 200- to 600-year-old trees in northern Karelia, along the Finnish border. The 300,000-hectare Swedwood logging concession has been certified by the Forest Stewardship Council (FSC), but is now being called into question by the GFC report. The controversy stems from the FSC, through regulatory loopholes, declining to certify the land as a high value conservation area, which would place the concession off-limits. Although the Swedish company has not refuted the claims, it has emphasized the 17 per cent of Swedwood’s total leasehold in Karelia previously set aside for conservation.

In the Karelia region, years of logging has reduced the size of the old-growth forest by 90 per cent. With other areas of virgin forest in Russia being increasingly logged, such as the Arkhangelsk region, and World Trade Organization membership likely, ecologists such as Alexander Markovsky fear that the environmental damage is just beginning. “In taiga old-growth forests around 25,000 types of species survive. In secondary forests there are far fewer. Old-growth forests also play a climatic role. Carbon is stored in the soil. When logging comes, the soil is disturbed and the carbon escapes.”

The Swedish company, by some estimates, is the third largest consumer of wood after Home Depot and Lowe’s. With 60 per cent of its products containing some form of wood, Ikea has been using the slogan “We Love Wood” for many years, and placing details of its environmental record on the walls of its stores, opening itself up to a greater level of scrutiny in the process. Sustainability improvements have been made over the past decade through improved packaging and transportation policies, and by refining and strengthening IWay, the company’s code of conduct, which specifies environmental and social requirements for sourcing and distributing products. The recent focus on sustainable cotton has been thorough and encouraging. Yet with Ikea using just 16 per cent FSC-certified wood in its manufacturing, which itself is being called into question as sustainable, the sustainable sourcing of wood is certain to remain an ongoing struggle for the resource-intensive company.