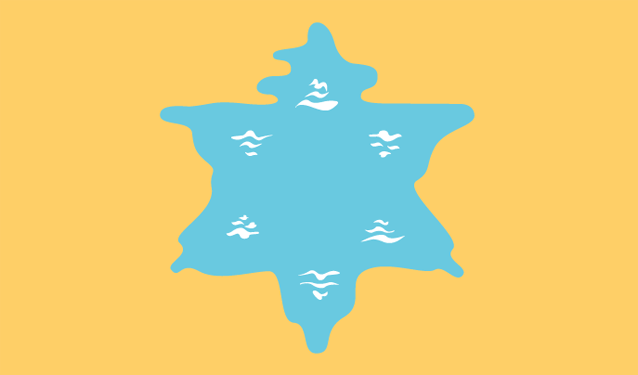 Over nearly four decades, for better or for worse, Israel has worked to make the Zionist dreams of founding father David Ben-Gurion come true. That includes making the desert bloom, literally. In Israel, you can’t pass a crop – let alone a cactus – that isn’t connected to a drip irrigation system.

World-famous for pioneering these systems in the 1970s, the company Netafim recently won the prestigious 2013 Stockholm Industry Water Award, proving that where need is great, entrepreneurs flourish.

Inspired by the global success of homegrown technology – Netafim began in a humble kibbutz – and the Start-up Nation culture, Israel’s entrepreneurs continue to make waves in the international water scene. As part of the lead-up to WATEC Israel 2013 in October, the country’s biannual water technology conference, the Israel Export and International Cooperation Institute invited a group of journalists to meet some of these budding businesses.

One up-and-comer is SmarTap, founded five years ago by its young chief executive, Asaf Shaltiel, with the mission of creating the next generation of electronic faucets. The company’s e-cartridge technology allows building and home owners to program flow rate and temperature for shower taps and sink faucets, saving both water and energy. “You can set a profile to save money,” says Shaltiel, who adds that large multi-unit buildings such as hotels can see a one- to three-year return on investment. He has high hopes for the technology, setting his sights on entry into European, Asian and North American markets.

Water-Gen’s CEO, Arye Kohavi, has similar goals. During his days as a commander in Israel’s Special Forces, he saw that transporting heavy truckloads of water over long distances to thirsty troops was inefficient, costly and conspicuous. Not only was a better solution necessary, it was a matter of security.

You can think of Water-Gen’s solution as a high-performance dehumidifier. With a power source, these units can convert moisture from plain air into as much as 365 litres of potable water per day. They require few consumables (a replacement filter here and there) and have a minimal footprint. Most importantly, they’re difficult to sabotage – the fear of drinking poisoned water is not uncommon – because they produce water at the point of use.

Kohavi sees the potential for civilian applications, too, especially in dry and developing countries. He lists a number of current customers – Mexico, India, the U.S. Department of Defense – but adds a caveat: Water-Gen’s Arab customers won’t allow him to include their names in that list.

Israel and its neighbours might experience political and religious tension, but that doesn’t mean they don’t sometimes work together. To ease some of the strain of drought conditions, for instance, water-scarce Israel exports somewhere close to 150 million and 100 million cubic metres of water per year to Jordan and Palestine, respectively. “Beyond that, it’s cheaper to teach our neighbours to be independent,” says Abraham Tenne, chair of Israel’s Water Desalination Administration.

While Israel is indeed a hotbed for viable, efficient and affordable solutions that promote water independence, hostile Middle Eastern political dynamics complicate doing business with neighbours in need. According to some sources, if Israel and a neighbouring country don’t have an official trade agreement, businesses have to take the indirect route. Usually, that means selling technology to nearby customers through a Europe-based sister company or subsidiary.

“A lot of compelling technology coming out of Israel is being private-labelled or rebranded,” says Rick Stover, executive vice-president of Desalitech. Founded in Israel, the desalination technology company chose a different solution – to headquarter its business in Boston. Why? “Politics might be one reason, but it’s not the main one,” says Stover. “By establishing the company in the United States, we’re significantly expanding our market opportunities. There are great resources for executing our projects here.”

He makes a good point. When it comes to Israel’s water technology exports, the Israel Export and International Cooperation Institute says the lion’s share, about 35 per cent, is going to North America. Europe comes second at 30 per cent, while eastern Asia and Latin America each account for 15 per cent. The remaining 5 per cent includes, but is not limited to, the Middle East.

Stover says the Israel and Middle East markets for his solutions are fairly substantial, and Desalitech still has several projects shipping out of its Tel Aviv office. But for the most part, the company is choosing to serve the U.S. and Canadian industrial water markets with local contractors to save time and shipping costs.

In the end, however, it seems politics might not actually be an issue. “It’s hard to find a product that doesn’t include some element of Israeli innovation,” Stover says. Where there is need, there are entrepreneurs – but there are also customers.