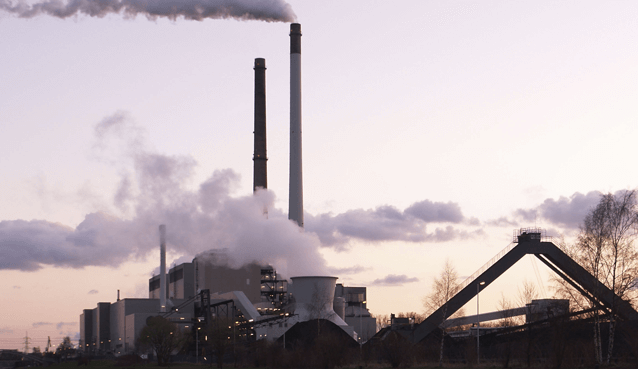 A coal plant in Germany. Image by Arnold Paul

Judging from the flood of press releases in recent months announcing cap and trade schemes for carbon emissions, we may have reached a watershed moment. A global carbon trading market appears to finally be emerging, and this will mean trillions of dollars of carbon derivatives traded daily.

The financial windfall is expected to be enormous. According to Point Carbon, a carbon consultancy owned by Thomson Reuters, the carbon derivatives market is estimated to reach $3 trillion by 2020. That would make the carbon market larger than the subprime mortgage market and hedge fund industry combined – before the 2008 financial crisis.

Already, carbon rights are issued and traded in more than 30 markets, without common quality standards, effective regulatory oversight, almost no transparency and varying degrees of verification.

The perils of carbon derivatives have led to comparisons with subprime mortgage derivatives that were at the root of the financial crisis. But carbon derivatives are even riskier because carbon is not a tangible asset. Unlike holders of mortgages who can claim physical homes, carbon investors acquire rights to … well, air. Tracing air back to a specific issuer or a country of origin is a huge challenge. And since carbon rights are not printed on paper, but registered electronically, there’s a real risk that registries can be hacked and carbon stolen.

Reports of fraud and malfeasance tarnished European carbon markets that remain the world’s largest. The European Commission does little to police it: a Belgian court denied an Italian manufacturer’s request to enjoin the commission to identify the entities that had stolen its carbon permits from the registry.

A joint Chinese-Australian press release on March 27 announced the development of carbon trading markets “as a first step towards a broader Asia-Pacific carbon market.” Government authorities confirmed that New Zealand, parts of Canada and California would join the regional initiative. Only weeks after this watershed announcement, South Korea announced that it too would adopt a national carbon cap and trade scheme, adding momentum to the initiative.

Any regional carbon market without China, the world’s largest net carbon emitter, was doomed to flounder. With China’s announcement, Australia now becomes the carbon kingpin that offers traders a pathway to accessing and flooding European, American and Asian markets. Faced with a difficult re-election, Australia’s former prime minister Kevin Rudd dropped the country’s unpopular carbon tax and doubled down on efforts to boost cap and trade. (Ed note: due to the subsequent election of cap and trade opponent Tony Abbott after this article was published, the future of Australian climate policy has grown cloudier.)

All of this activity around cap and trade in the Asia-Pacific region has renewed efforts in North America.

California, the only American state with a mandatory cap and trade scheme, announced on April 19 that it would link its carbon markets with Quebec and expand joint investments in low carbon technologies. Later, during an official visit on July 10, Chinese and American government officials announced that the two countries would jointly develop carbon-capture technologies and take other steps to combat climate change.

That announcement came only days after Obama’s historic speech on climate change at Georgetown University on June 26. And on July 31, officials in California and Australia announced they would work to link their respective carbon markets.

Business is ready to reap the rewards of this new financial frontier. Firms such as Bloomberg and Thomson Reuters have acquired carbon businesses and developed carbon products and services for traders. Financial institutions and hedge funds will trade to see profits grow.

But few will immediately profit more than Atlanta-based IntercontinentalExchange (ICE). Founded in 2000 by the who’s who of oil, gas, and commodities trading, ICE rapidly became a leading owner and operator of exchanges trading energy commodity derivatives.

Benefiting from a loophole that virtually eliminated all regulatory oversight, ICE morphed into a multi-billion-dollar cash machine and went on a global buying spree, recently acquiring the New York Stock Exchange Euronext. ICE is now positioned to become the trading platform of preference as the momentum for cap and trade grows.

While governments have their eyes set on the next United Nations Climate Change Conference in Paris in 2015 with a potential global agreement, they must be mindful of the recent economic and social havoc caused by poor regulatory oversight.

Wall Street will not wait to flood the market and our portfolios with unregulated carbon derivatives that could easily turn toxic. If we don’t want to pay for others’ financial recklessness, the industry’s opaque veil needs be lifted: a new body of rules to oversee carbon derivatives and the industry is needed. Otherwise, we risk having a bitter replay of the subprime mortgage crisis, but on a much larger global scale.