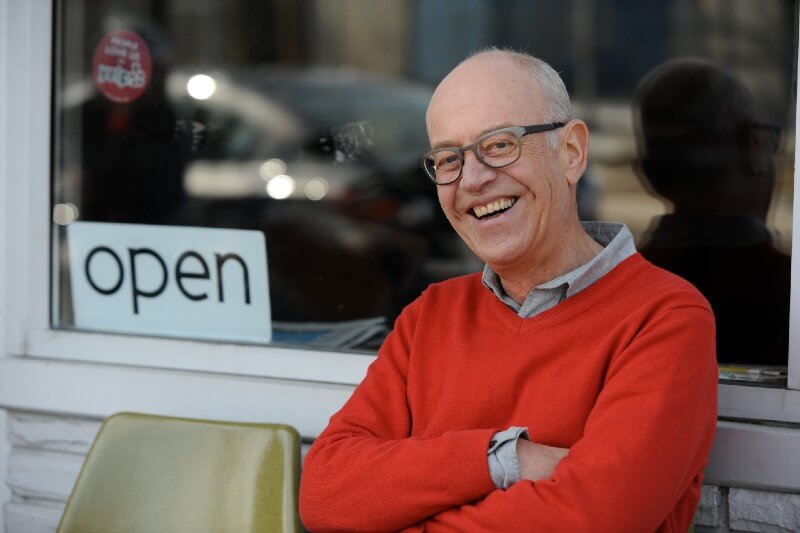 He wove together the understanding of how food builds bridges between farmers and cities, how food is a beautiful way to build community and understanding between cultures.

On Twitter, Wayne’s account was the second most influential in the world for local food after that of the U.S. Department of Agriculture. He spoke at UN panels, European Union symposia and food conferences throughout the world. He drew attention to the links between food and sustainability and highlighted how a local food policy is a powerful economic development strategy. Good food is essential for good health.

I met Wayne in the early 1990s when I had a radio show on CIUT – the radio station for the University of Toronto and the broader Toronto community. I invited him onto the show, which was called Songs of Hope. There wasn’t actually any music on the show – the title was metaphorical. It focused on environmentalists who were making the world better. His infectious humour, deep curiosity and intelligence made him one of my favourite guests and, later, one of my best friends.

I began my political career as a Progressive Conservative and Wayne began his as a Trotskyist. Those profound differences didn’t stop us from bonding and both becoming Greens. That was one of his great strengths: he was deeply and genuinely interested in other people’s perspectives, experiences and insights. He was a life-long learner.

Lady Randolph Churchill – Winston Churchill’s mother – once said, “When I left the dining room after sitting next to Gladstone, I thought he was the cleverest man in England. But when I sat next to Disraeli, I left feeling that I was the cleverest woman.”

This is exactly what Wayne did and how he made you feel.

Wayne was a “radical happyist.” It’s a term he and I began talking about as he was dying of stage 4 acute myeloid leukemia (AML). The philosophy of a radical happyist is simple: it’s about living with joy in the moment.

Taking joy in everyday life is the central tenet of radical happyism. When we revel in peace, joy and wonder in our inner world, the outer world is amazing: we see its beauty, savour its delicious tastes and celebrate its delights. Wayne modelled radical happyism throughout his life, and it really shone through when he was dying.

He took great joy in spending time with Lori (his wife), Anika and Jaime (his daughters) and Dorothy (his granddaughter), and of course with his very wide circle of friends, colleagues and foodies from around the world.

Some people don’t want anyone to know when they are ill or dying, then when they die, everyone is surprised and sad. This was not Wayne’s way.

Lori cooked up a plan to send weekly updates to a long list of friends on how Wayne was doing. Responding to the updates, people emailed and texted Wayne. In the hospital his smartphone frequently ran out of juice. Rather than being alone, Wayne was connected. He was connected to his community. He was dying with integrity, inclusivity, grace and a lusty appetite for life. He let people know how much they meant to him.

A lifetime of building connection and community boomeranged back when he was ill. One late afternoon, for example, when he was recovering at home, a local magician came over and held a magic show in Wayne’s driveway. Neighbours ooo-ed and ah-ed, laughed and clapped, as they sat in their socially distanced lawn chairs outside while Wayne presided from the porch. It was magic in every way. Wayne’s infectious personality could corral a city block, and it did.

What I’ll remember most about Wayne is always laughing when we were together. Often Wayne and Lori, my spouse Lee-Anne and I would go out to dinner. On a number of occasions, we were threatened with ejection for laughing too loud. There was no one who made the threat of getting bounced from a restaurant more fun than Wayne!

One day, sitting on a bench in front of a Queen Street coffee shop in the Beaches, both of us unshaven and a little bleary-eyed, we jokingly posed the question “Would a passerby realize that we’re bestselling authors or just think we’re two homeless guys?” Wayne, of course, took it further, saying that if the U.S. witness protection program really wanted to hide someone, they’d simply create a new identity as a Canadian bestselling author so the chances of them being discovered would be much lower. In everything he did, he pushed to the edges of joy and laughter.

So I celebrate the life of Wayne Roberts – a radical happyist. 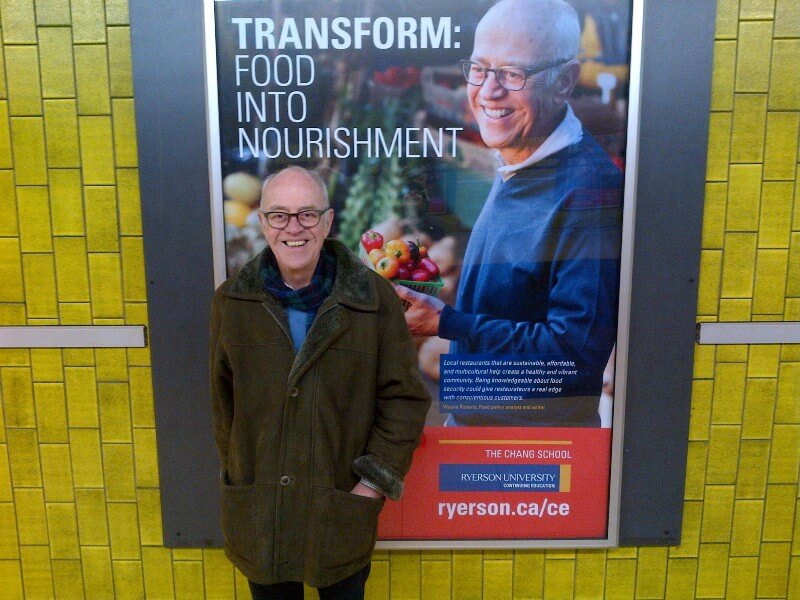 Jim Harris is the author of the international bestseller Blindsided, which focuses on disruptive innovation.

Ten years ago, Wayne Roberts came to visit our eco-chocolate production factory in Toronto, after a visit to Mexico with me to visit Indigenous cacao growers. While giving him a tour I talked about ChocoSol’s attempts to reach “zero waste” and “zero emissions” in our factory design. He replied, saying, “That’s good but a bit unrealistic, and too much of an engineering approach. You need instead to think cradle-to-cradle – or, as I like to put it, from farm to fart.” That little tidbit of wisdom and humour transformed how I understood waste, soil-making, Indigenous cradle-to-cradle forest gardens, and the relationship between soil and fruits and farmers’ markets.

I will be planting a peach and elderberry grove in his honour. While we prepare the grove, we grieve the loss of a food-policy actionist leader, a terrific friend and mentor, and a loving husband, father, grandfather and godfather to my children. There will never be another quite like him in our lifetimes.

Carrying that love and gratitude with us, and embodying it in a soil mound for a little forest orchard and sacred grove, is an apt and poetic way to continue to have Wayne’s spirit feed and inspire us all.

He was always the life of the party. His life and work is the fertile social compost out of which so many beautiful initiatives have arisen and are fed now, and will be fed for seven generations to come.

Wayne Roberts was like a father to me, but to all of us in the good food community he was an elder amongst elders. Wayne Roberts served a purpose so much greater than his own interests: he served the common good of all those who would live a good and dignified life. His focus on food was a way to celebrate this love for humanity and all beings.

Neither an organiser, nor activist, nor policy wonk, nor ideas man alone, Wayne’s passion made him a rare breed of human, leading the way by writing, inspiring, clarifying, embodying, organizing and, finally, celebrating. Let us all lift a glass at every harvest feast in memory of our beloved Wayne and savour some great bad jokes in his honour.