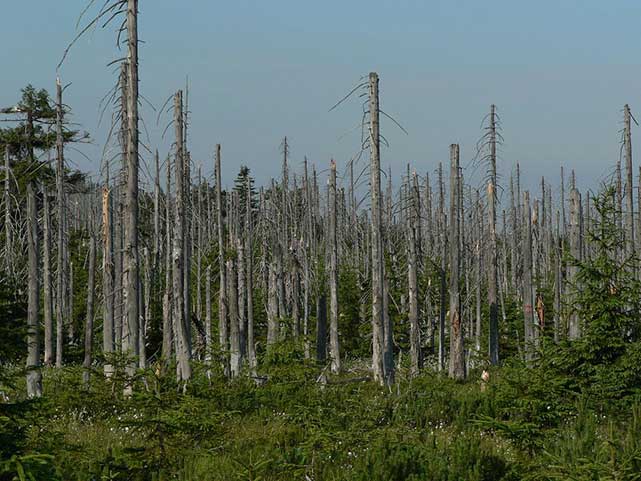 In mid-October 1980, a current and former environment minister and a group of environmentalists sat down for coffee at Toronto’s Royal York Hotel to plot the demise of acid rain.

Mr. Fraser and Minister Roberts laid out the situation: “In two weeks, Ronald Reagan will win the election. We cannot beat up on him. We need a third-party to kick up a fuss to keep the issue of acid rain alive. This group will need to have an office in Canada and one in the US to build support for action against acid rain in Congress and with other US officials.”

The consensus was that the stunningly beautiful and plain-speaking 26-year old Adèle Hurley would be just the person to get the acid rain message across to Washington power brokers. Ms. Hurley said she would go on the condition that “Mark takes my job at Queen’s Park.”

Mr. Rudolph was happy to oblige, and thus was born the Canadian Coalition on Acid Rain, the most successful single-issue environmental group in North American history.

Remembering the recipe for the Coalition on Acid Rain

Know your stuff: Know your science and your solution. Charlie Ferguson, Inco’s head of environment was frustrated that the company’s leadership would not let him make more progress on reducing pollution. Over a lunch with an old sparring partner who was between jobs, Mr. Ferguson admitted that it was doable for Inco to make over 50 per cent reductions in SO2 emissions without breaking the bank. Several weeks later, Mr. Ferguson’s sparring partner landed a job as chief of staff to the Ontario Minister of Environment.

Head off criticism by putting political masters in the belly of the beast before they take action: In July 1985, Minister Bradley went on a road trip to Wawa, Kid Creek, and Sudbury to tour each of the main facilities responsible for the province’s acid-rain related emissions.

Mix in commando team: The Ontario Ministry of Environment assigned an ATeam to come up with an acid rain plan. The A-Team held weekly meetings on the 14th floor, with the Minister within earshot on the 15th floor to get quick direction at decision points. The first A-Team meeting was held August 3, 1985, and the Countdown Acid Rain program, beamed by satellite to six cities and announced to an all-party standing ovation on December 17, 1985, made page one of the New York Times the day after.

Be ready for 4 stages of denial: There is no problem. We’re not part of the problem. There is no technology to clean up problem. We cannot afford the technology. Jump right to denial stage four. On July July 16, 1985, Inco presented a report to Minister Bradley showing it would be impossible for them to meet SO2 reductions without breaking the bank. Armed with a keen understanding of Inco’s profit and loss, as well as a 255-page report from the Ontario/Canada Task Force for The Development and Evaluation of Air Pollution Abatement Options for Inco Limited and Falconbridge Nickel Mines, Limited in the Regional Municipality of Sudbury, the commando team launched scud missiles at the Inco chief’s poor argument. On December 30, 1988, Inco presented a report to Minister Bradley detailing how it would slash its SO2. Today, after investing $612 million, Inco’s Sudbury operation is the lowest-cost nickel producer in the world and SO2 emissions have plummeted from 695 kt to 193.6 kt.

Disarm with charm: Be sure to get your own house in order before pressing others to get on board. As Adèle Hurley worked the corridors of power in DC, winning support one congressman at a time, PM Brian Mulroney cultivated a strong personal rapport with vice-president Bush and Democratic Senate Majority leader George Mitchell on the acid rain file. In an address to a Joint session of Congress in 1988, Mulroney said, “We are reducing our emissions by 50 percent. We ask nothing more than this from you. What would be said of a generation of Americans and Canadians who found a way to explore the stars but allowed their lakes and forests and streams to languish and die?” On November 15, 1990, after ten years of lobbying, President George Bush passed the revised Clean Air Act, committing the United States to clean up its share of acid rain pollution.

Ontario
• The Acid Rain Countdown had called on Inco, Falconbridge, Ontario Hydro and Algoma Steel to cut their SO2 emissions. By 2004, the companies had cut their SO2 emissions by three-quarters from 1,389 kt to 356 kt.
Source: Countdown Acid Rain: Government Review of the 1994 Progress Reports Submitted by Ontario’s Four Major Sources of Sulphur Dioxide (PIBS # 646E17)