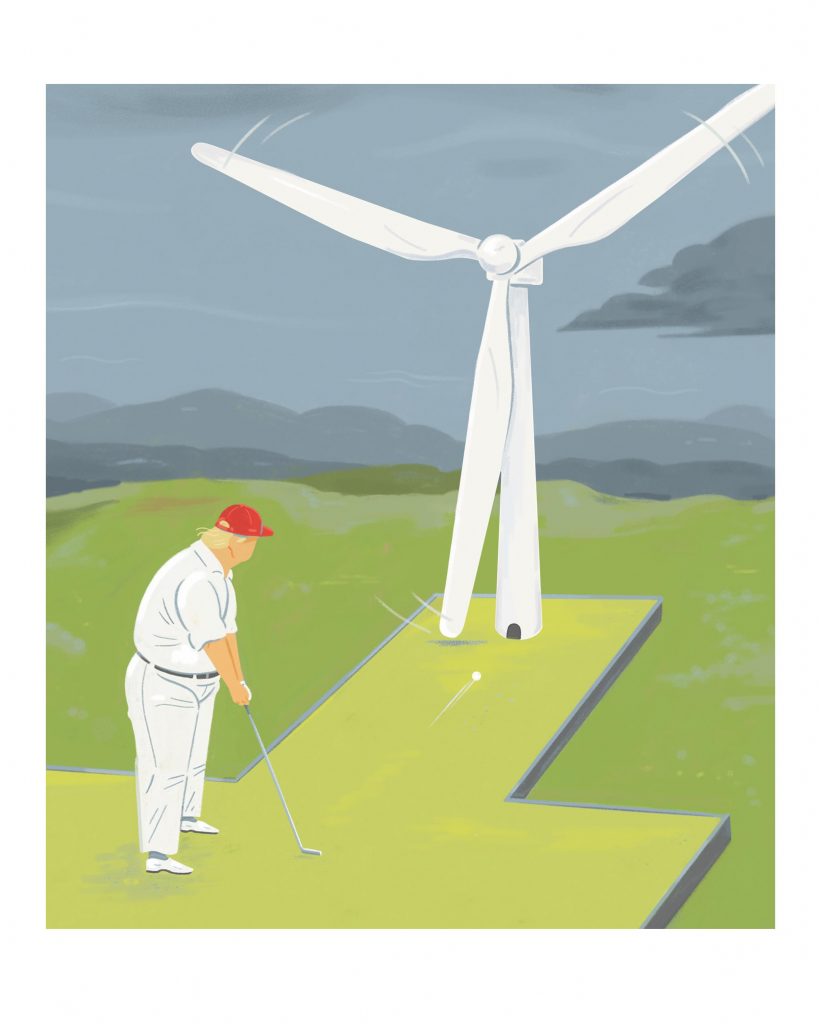 My first summer job that didn’t involve cutting grass was in Bosnia with an outfit called Conflict Resolution Catalysts, which had the lofty mandate of restoring interethnic civility in the war-torn region. Fittingly, the group’s motto was “optimističan uprkos stvarnosti” (optimistic in spite of reality). That has been my life motto ever since.

Lately, this motto has been put to the test.

In October, the Intergovernmental Panel on Climate Change (IPCC) painted a stark picture of the high cost we can expect to pay if global temperatures rise by 2˚C instead of 1.5˚C. The half-degree of extra warming doubles the decline in crop yields, fisheries, species extinction, and portion of the population exposed to extreme heat, which in turn adds up to 150 million premature human deaths, mass species extinction and hundreds of millions of climate refugees this century. The problem, based on the Climate Action Tracker models, is that we are currently on track to heat up the planet 3.3˚C by 2100 – a “Hothouse Earth” scenario in which all bets are off.

The IPCC says any hope of hitting even 2˚C requires that global emissions peak and begin rapidly falling in the next 12 years. Up until quite recently, this looked in the cards with global emissions stabilizing in 2014-2016 alongside modest economic growth. This inspired then President Obama to pen a piece in Science magazine declaring that carbon emissions had been decoupled from economic growth in the U.S., citing economic growth of more than 10% over his two terms in office despite a 9.5% fall in CO2 from the energy sector. The decoupling point was particularly hopeful, as the only other ways to reduce emissions (curtail economic growth, population controls, energy rationing) are political non-starters.
Unfortunately, industrial carbon emissions have roared back with a vengeance – rising by 1.7% in 2017 and an estimated 2.7% in 2018 to reach an all-time high, mainly because economies grew faster than clean energy supplies, according to the Global Carbon Project.

The “yes, we can” optimism concerning decoupling was panned by economists Enno Schröder and Servaas Storm as “wishful thinking” in their paper Economic Growth and Carbon Emissions: The Road to ‘Hothouse Earth’ is Paved with Good Intentions. The authors conclude that nothing short of a revolution that reverses the prevailing economic logic favouring lax regulation, deference to the fossil fuel lobby and short-term financing interests can avert climate catastrophe.

Meanwhile, it’s hard to imagine two more unlikely proponents of such a revolution than the current chief occupants of the White House and Brazil’s Palácio da Alvorada. These two zealots recall the Once-Ler villain in my son’s favourite book, The Lorax, with their respective enthusiasms for smogulous [coal] smoke and hacking down [Amazon rainforest] trees.

Thankfully, whatever backwards-looking politicians or statistical analysis may say, however, is less relevant than what is happening right in front of our eyes. Donald Trump and his lot can flap their fossil-fuel marinated wings all they want, but it’s not going to stop the high-carbon, pollution-intensive economy from crashing down to earth.

To wit, since Trump’s inauguration, a U.S. coal plant has been shut down every 15 days, with 2018 being the nation’s top coal-plant killing year ever. This is happening for the same reason that China and the entire developing world installed more new renewables than fossil power last year for the first time ever and why 42% of global coal fleets are unprofitable: Renewables are now cheaper in many major power markets. And we’re just at the beginning of the innovation S-curve for renewables and storage.

In other portents for the future, 2018 likely marked the peak production of internal combustion engine vehicles, according to Accenture, which are imminently set to be made obsolete by cheaper electric and fuel cell vehicles. And satellite imagery tells us that global tree cover expanded about 2.24 million km2, or 7.1%, between 1982 and 2016.

So yes, we have our work cut out for us, and a little political leadership wouldn’t hurt, but we also now have powerful examples and affordable tools to get on with it. We are not slaves to the past or the present. In the fullness of time we can achieve whatever future we want. That’s why in spite of reality, I am still optimistic.