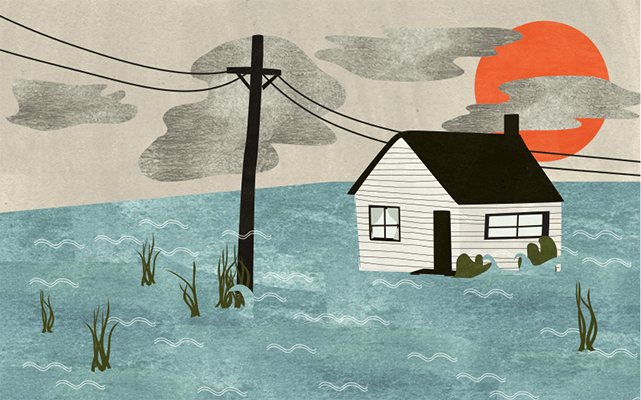 While finding a direct link between climate change and flooding events has proven a complex exercise, a new multi-country study published in the Hydrological Sciences Journal suggests that the increased frequency and severity of floods has more to do with the rise in human population and land changes.

The researchers point out that there are currently 800 million humans living in areas vulnerable to flooding. This number is expected to rise to nearly a billion during the 21st century as a result of continued population and economic growth. Accompanying this growth is the urbanization of flood plains, a reduction in woodlands and other human activities that leave more people, property and businesses vulnerable to flooding.

The linkages between increased greenhouse gas emissions in the atmosphere and flooding events do exist, but “it has not been possible to describe the connections well, either by empirical analysis or by the use of models,” the researchers wrote. On the other hand, “it is clear that current trends in human activity on the landscape continue to cause an increase in flood damages.”

Reversing the trend, they argue, comes down to changing what we do to or on the landscape, and this will require the attention of governments, citizens, scientists and engineers. “The actions needed to accomplish this are largely the same regardless of the nature of the greenhouse gas-flood linkage.”