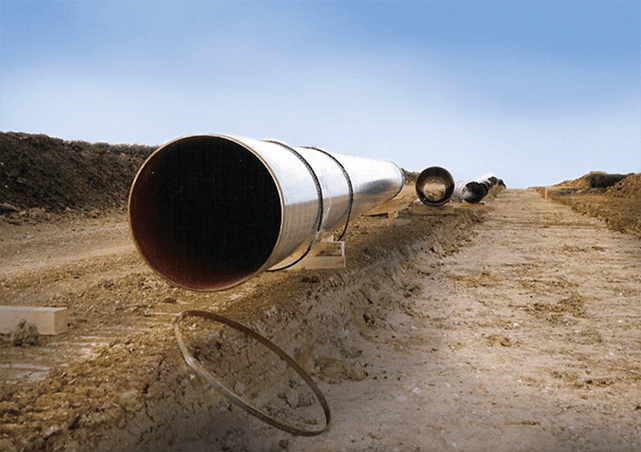 Already, more than 800,000 kilometres of major petroleum pipelines criss-crosses the North American continent, and more is under development. Eventually, those pipelines will outlive their purpose.

David Howell, founder and managing partner of Pipeline Equities in Houston, Texas, considers those old, abandoned pipelines a wasted asset. “The pipe, for the most part, is just steel,” he says. “It’s a commodity, so it can be used and reused over and over again.”

Howell has made a business out of reusing or digging up old pipelines. He’ll often sell the pipeline as scrap metal or, if the pipeline is in good shape, it can be resold for other uses. One client purchased part of a pipeline to use as a water line in Vietnam, while another used it at a copper mine in Mexico.

After Hurricane Sandy, many organizations were purchasing old pipeline parts for use as supports for bridges, docks, railings and other structures. Occasionally, old pipelines are left in place and repurposed as housing for fibre-optic cabling.

“There are lots of old, buried pipelines that nobody knows about, nobody has ownership of, or nobody knows who owns them,” says Howell, adding that he gets weekly calls from landowners or developers who have discovered an abandoned pipeline on their property and want it removed.

More than not, Howell is happy to oblige. “It’s recycling as far as I’m concerned, and it clears title on the land for these landowners.”

Why are landowners worried about abandoned pipelines? Even if out of sight, old and unused pipelines can act as conduits for contaminants and may contain residual materials at risk of leaking. Over time, pipelines can deteriorate and collapse, causing land above to collapse. For landowners, the existence of these pipelines reduces property value and limits what can be developed on the property.

Proposed federal legislation aims to clarify the rules for pipelines that cross provincial borders. According to Natural Resources Canada, “even after a pipeline is abandoned in place without being removed, the NEB continues to have jurisdiction over the abandoned pipeline” and can take steps to “prevent, mitigate and remediate any post-abandonment impacts.”

It says ultimate responsibility – and costs associated with environmental impacts – remains with the company that has operated the pipeline, “so long as the pipeline remains in the ground. But, as David Core, chief executive of the Canadian Association of Energy and Pipeline Landowner Associations, noted during NEB proceedings: “The problem is that pipeline companies – even Enbridge – may not be around to take responsibility for their pipelines, leaving the landowner with the pipes, contamination and resulting environmental liability.”