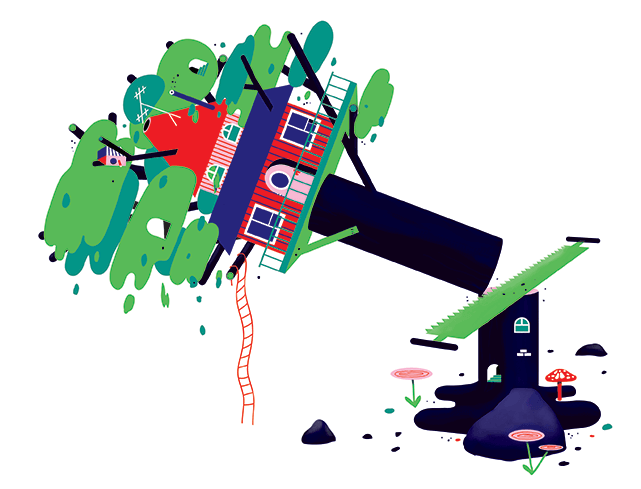 To the casual observer, Ohio’s sustainable building policy for public buildings has been a notable success. Requiring that new schools and retrofits be certified under the Leadership in Energy and Environmental Design (LEED) standard, the “Buckeye State” leads the nation with over 100 green schools.

So why is the state set to pass a non-binding resolution demanding that LEED no longer be used by government agencies?

The first iteration of LEED was unveiled in 1998, but it took several years for it to pick up steam. The standard has since grown so popular that it is often viewed by the general public as synonymous with the concept of green buildings. Hundreds of jurisdictions across North America provide tax and other incentives to encourage LEED construction, while over 30 states and provinces encourage or require it for all new public buildings. The standard has proved popular overseas as well, including a recent burst of certification in the Middle East. Yet despite these successes, the USGBC has managed to antagonize a number of powerful interests: the timber, chemical and plastics industries.

One of the criteria considered by the LEED standard concerns the sourcing of wood. It has only ever recognized Forest Stewardship Council (FSC) wood as qualifying for its “environmentally responsible forest management” credit, despite a four-year campaign by the Sustainable Forestry Initiative (SFI) to be considered as well. The American Forest and Paper Association launched SFI in 1994 as an industry-friendly antidote to FSC, arguing that failing to include SFI would hurt U.S. forestry jobs.

Seventy-nine members of Congress, along with 12 governors, threw their support behind the SFI’s lobbying effort, which was defeated by USGBC members in 2010. Upon defeat, SFI chief executive Kathy Abusow called for companies to ignore the point deducted for using SFI-certified products in LEED buildings to “demonstrate their pride and support for North American forests, communities, and jobs.”

As the timber industry began to encounter resistance from the USGBC, it cast around for an alternative ratings system. Based on a British green buildings rating system called BREEAM, the Green Globes was launched in Canada and licensed for use in the United States in 2004. Founded by former Louisiana Pacific lumber executive Ward Hubbell, the Green Building Initiative (GBI) – the licensed operator of Green Globes in the U.S. – quickly drew substantial support from the chemical and forestry industries.

For the past several years the anti-LEED coalition has assembled a series of significant victories, starting in 2011 with an executive order from the Tea Party-friendly governor of Maine, Paul LePage. While not explicitly banning LEED, it only allowed for green building standards that recognized SFI, the American Tree Farm System and FSC equally. The “wood wars” quickly spread to Georgia, Alabama, North Carolina and several other states.

Discounting the fact that LEED does award points for locally sourced materials, which can include non-FSC wood, the anti-American messaging proved very successful at the state level. During the debate in North Carolina, Weyerhaeuser spokesperson Nancy Thompson condemned the LEED program as “an inherent discrimination of North Carolina lumber.”

State and federal lobbying efforts expanded to include the plastics and chemical industries as well. The big catalyst for this was the long debate – and eventual adoption – of a material transparency credit in LEED version 4. “Before that there were already people saying GBI was going to close down,” says Scot Horst, senior vice-president of the LEED program. But the prospect of mandatory disclosure of material components was viewed as unacceptable by organizations such as the Vinyl Institute, which engendered new interest in promoting Green Globes.

Testifying before the Ohio state house in January, Allen Blakey, vice-president of industry and government affairs at the Vinyl Institute, belittled the transparency credit as a prime example of “discriminatory and disparaging treatment of vinyl in LEED credits.”

The American High-Performance Buildings Coalition (AHPBC), led by the American Chemistry Council and backed by the U.S. Chamber of Commerce, was created to push for federal anti-LEED legislation. “Our mission is to support and promote green building codes, standards, rating systems, and credits and we believe the best systems will be developed in conformance with ANSI or ISO-type processes,” Steve Russell, vice-president of plastics for the American Chemistry Council, stated in a conference call announcing the coalition in 2012. It worked hard to weaken the proposed transparency credit in the draft LEED v4 standards, an effort that failed last fall. At the same time it was lobbying hard for legislative change to accept Green Globes alongside LEED at the federal and state levels.

ANSI, the American National Standards Institute, has proven key to their strategy. Green Globes is certified by ANSI, while LEED is not. The AHPBC and others have used this to denounce LEED as not being sufficiently consensus-driven, despite the long consultation process and open vote by its 13,000 members in the adoption of each LEED standard. The legislation pending in Ohio, for example, specifically bans any green building certification programs that have not been ANSI-approved. Corporate Knights contributor and architect Lloyd Alter pointed out last year that numerous other well-regarded rankings are not ANSI-approved either, like the popular Energy Star ratings.

With green federal government buildings serving as a key pillar in President Obama’s executive-driven push on sustainability, the AHPBC turned its attention to influencing the U.S. General Services Administration’s review of its building policies that favour LEED use. In a significant victory for AHPBC, the Green Globes certification was approved as equivalent to LEED in October 2013. Several months later, the U.S. Department of Defense also opened its doors to Green Globes.

Not all companies were pleased with the efforts of the AHPBC, including Skanska USA. The American arm of the Swedish construction conglomerate made a high-profile exit from the U.S. Chamber of Commerce over its support of AHPBC in July. Penning an op-ed in the Washington Post, Skanska USA CEO Mike McNally denounced the organization’s efforts to influence the LEED v4 process. “What they want is a standard they can manipulate and weaken,” he wrote. “They are putting their bottom lines first and sustainability second.”

For LEED’s Horst, the issue is not with the Green Globes ranking itself. “While not as rigorous as LEED, it’s a good green building tool,” he says. The problem, for Horst, lies with the GBI’s close ties to industry. Its board still consists of representatives from Weyerhauser, Plum Creek Timber, the Vinyl Institute and other corporate interests, with a similarly composed list of members and supporters. “They support Green Globes because it doesn’t require them to change their practices,” he adds. He points out that by accepting SFI and avoiding the implementation of any similar material transparency, the GBI can’t claim the same stringency as LEED.

In an attempt to reboot their image, LEED fellow and respected green buildings advocate Jerry Yudelson was hired in January to head up the GBI and its Green Globes certification. All ties to founder Ward Hubbell have been cut, he declared in a telephone interview from his office in Portland, Oregon. “I can’t speak to what the organization has done in the past, but I will say that a year from now the board is going to look a lot different,” he states. Yudelson’s plans for the next year involve spreading the message that Green Globes is faster and cheaper, while assuring people that it remains an effective green building standard.

There are plenty of critiques to level at LEED, from the onerous compliance costs to the points allocated for simple steps taken. A green buildings landscape dominated by LEED is not a realistic scenario. “In the end, we want as many green buildings built as possible,” says Elizabeth Heider, chief sustainability officer at Skanska USA. “At the same time, insistence by GBI that there is an equivalency between Green Globes and LEED is just not true,” she says.

A look north over the border provides a blueprint for a less acrimonious relationship between green building ratings systems. The BOMA BESt system, run by the Building Owners and Managers Association of Canada, is loosely based on the original Green Globes methodology. The lower costs, compared to LEED, allow for more buy-in from property managers, including those with existing building stock that weren’t built with green standards in mind.

While not as focused on the holistic approach to green buildings as LEED, BOMA Canada president and CEO Benjamin Shinewald views BOMA BESt as somewhat complementary to LEED. “Our ratings systems are both working towards the same goal of greater efficiency in building management, with ours more focused on existing buildings,” he says. Horst disputes the idea that LEED is mainly interested in new buildings – pointing out that LEED has certified more existing buildings than new ones – but he agrees that there is no antipathy between the two organizations.

In the U.S., meanwhile, Green Globes-certified projects currently only constitute about 2 to 4 per cent of green buildings. Yudelson is confident that will expand in the coming year. “The more choices the better,” he says, citing that less than 1 per cent of commercial buildings in the U.S. have been certified green.