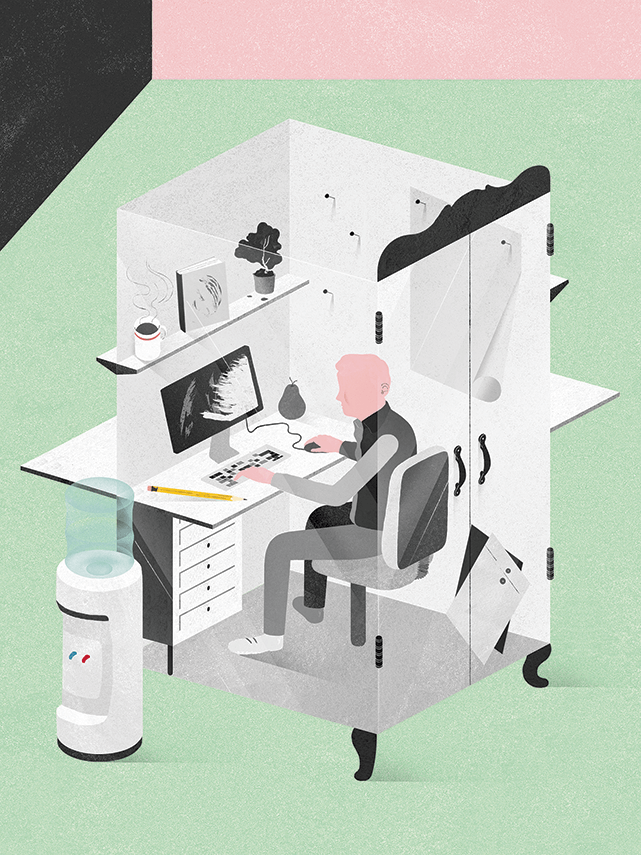 Twenty-five presidents and chief executive officers from around the world gathered in June at the Toronto headquarters of consulting giant McKinsey & Company to discuss issues of common concern.

The theme of the conference was leadership, but the conversation came with a twist. All of the executives in attendance were gay, each of them members of the Young Presidents’ Organization (YPO), an international support network of 20,000 corporate leaders under the age of 50.

“It was the first time a gay CEO conference had ever been held in Canada,” said Andreas Souvaliotis, founder of Air Miles for Social Change, a division of reward-program pioneer LoyaltyOne, and its president at the time.

Souvaliotis described the gathering as a chance to share experiences and showcase Canada as a success story for gay integration. But even as a society known to be accepting and tolerant, there’s evidence that the corporate world may be lagging – not just in Canada, but around the world.

“It’s stunning that within the YPO, with over 800 members in Canada, I am the only openly gay CEO in this country,” said Souvaliotis, who considers the organization a barometer of the larger CEO population. “Out of about 20,000 members worldwide we only have about 40 who belong to this global gay and lesbian group within the organization. In other words, just over two in 1,000 are gay.”

It raises several questions. Are there more top executives out there who have yet to publicly reveal themselves as gay? If so, is it because they worry about the repercussions it might have on their careers? Of those who have come out of the closet, have they experienced it as a career-limiting move – what some in the gay community call the “pink ceiling”? How does the environment in Canada compare, say, to the United States?

“My theory is that the corporate environment lags the general social environment, but not by that much,” said Souvaliotis. “The business world, by definition, has always been a little stiffer than society in general on this issue.”

But the trend is encouraging, he added, pointing out that as boomers retire and corporate employee bases get younger, the workplace is becoming increasingly “colour blind” to sexual orientation.

Not to say that all industries are on the same path. Souvaliotis said companies in technology, marketing, financial services and other knowledge-based sectors tend, in his experience, to be more orientation agnostic. Blue-collar industries have taken longer to adjust. “The less education and social education required in an industry… the slower the adoption,” he said.

An online survey on lesbian, gay, bisexual and transgender (LGBT) workers, conducted in August 2011 by Angus Reid Public Opinion, found that 61 per cent of gays and 73 per cent of lesbians in Canada felt it was important to be “out” in the workplace. But some are still keeping it to themselves. Indeed, of those choosing not to disclose their sexual orientation, three in 10 said they were worried about the negative consequences. Half said they simply didn’t feel the need or thought it was anyone’s business to know.

Jaideep Mukerji, managing director of Angus Reid Public Opinion, said a not-so-insignificant proportion still believe they will experience social exclusion and ridicule, workplace harassment, or be passed over for promotions. It’s a fear that shouldn’t exist in the 21st century, said Darrell Schuurman, co-founder of the Canadian Gay & Lesbian Chamber of Commerce, which collaborated on the survey. “Corporate Canada needs to do a much better job encouraging their employees to feel comfortable and be themselves at work.”

More companies are stepping up, if the growing corporate partnerships with Pride at Work Canada are any indication. The group, founded in 2008, pushes for companies to recognize that LGBT employees are a crucial part of a diverse workforce.

Over 40 organizations have embraced the effort, including all of Canada’s major banks, several large law and consulting firms, two titans of telecommunications – Bell and Telus – and big name technology giants IBM, Cisco, HP and Xerox. Noticeably, only one resource-based company, Shell Canada, is listed as a partner.

“In many ways, the corporate community leads the rest of Canada, particularly in places like downtown Toronto,” said George Smitherman, former deputy premier of Ontario and one of the first openly gay senior politicians in Canada.

There may be a bit of a rural and urban divide, and differences between industries, but Smitherman is convinced the gaps aren’t as wide as some people think. Indeed, 70 per cent of respondents to the Angus Reid survey acknowledged that their workplace embraces diversity of sexual orientation.

Smitherman has his own theory about why more closeted gay and lesbians aren’t outing themselves. It’s not because of fear so much as a lack of fear, he said. “They haven’t been under pressure to self-identify as gay.” This contrasts with the United States, which lacks the cultural acceptance in Canada that came with the Charter of Rights and Freedoms.

“Pierre Trudeau did the heavy lifting in Canada,” Smitherman said. “The situation is very different in the United States. They can’t afford to be closeted because the progress toward equality has been more stifled. There is a greater need in the U.S. for a sophisticated mainstream gay rights movement than in Canada.”

If that theory is correct, Canada may have more gay and lesbian presidents and CEOs than is generally known. There’s no pressure to disclose, the public sees it as a non-issue, and for the media it’s not much of a headline grabber.

In the U.S., the opposite appears to hold true. When Apple executive Tim Cook took over as CEO after the passing of Steve Jobs, the U.S. media became fixated with his sexual orientation. Cook had never openly discussed his sexuality, so instead he was outed by columnists and pundits as the most powerful gay executive in America.

Gay activists, noting there wasn’t a single openly gay chief executive in the Fortune 1000 at the time, were also eager to have Cook take a stand and be a role model for corporate America.

An open question is whether Cook would have been tapped for the top job if he had publicly disclosed he was gay earlier in his career? Whether talking about the United States or Canada, is the pink ceiling real, or is it just a perception that’s hard to shake?

Two in five gays and lesbians surveyed by Angus Reid said they had directly experienced discrimination in the workplace associated with their sexual orientation, so a problem does exist in Canada. Even Souvaliotis, describing himself as a daring guy who has never held back, admitted he had concerns while being interviewed for his first CEO position eight years ago.

In the final stage of the interview process Souvaliotis was assessed by an industrial psychologist, during which he disclosed that he was gay. He asked the psychologist whether such a disclosure posed a barrier to getting the job. The very asking of the question was telling.

“I paused a bit,” said Souvaliotis, adding that such hesitation revealing one’s sexual orientation means something is still wrong. “Heterosexual people don’t have to discuss it, so the fact gays have to discuss it validates the theory there’s still a pink ceiling there.”

The psychologist in that interview was Guy Beaudin, a leadership coach and senior partner with consultancy RHR International. He told Souvaliotis that there might be some risk to disclosure, but that doing so would make life easier for him in the long run.

Beaudin, who advises companies from all over the world, said the “pink ceiling” question doesn’t have a cut and dried answer. Take the highly conservative culture of the U.S. south. “Most of the guys I know are still in the closet,” Beaudin, who is openly gay, said in an interview.

“Also, it gets trickier if you’re in a client service business. Internally, there may be no consequences, but it’s more to come out to your client.” Same goes for consumer-facing businesses wanting to avoid the potential of boycotts.

He also admitted that being gay and on an executive team is different from rising to become president or CEO. “When it comes to the top job there is a bit of a pink ceiling there.” But he’s convinced it’s just a matter of time before it disappears.

Beaudin said his corporate clients are more concerned these days with just getting the right talent. The last thing they want to do is create a barrier to finding that talent, and there is some evidence – as outlined in Kirk Snyder’s book The G Quotient – that gays and lesbians make better corporate leaders.

“You’re much more aware of the world around you,” said Beaudin. “Also, the coming-out process does force you to have an awareness of yourself, a certain level of self-confidence, and to manage your emotions and relationships during a fairly difficult process.”

In addition to having better coping mechanisms when dealing with crises, gay and lesbian executives tend to have more diverse personal relationships. “That gives you more flexibility in terms of managing a broader, more diverse group of individuals within a work environment.”

Smitherman believes he is evidence of that. “I could point out various points in my life when I believe my sexual orientation has been an advantage,” he said. “Lots of people might find fault with me, but it’s not because I’m gay.”