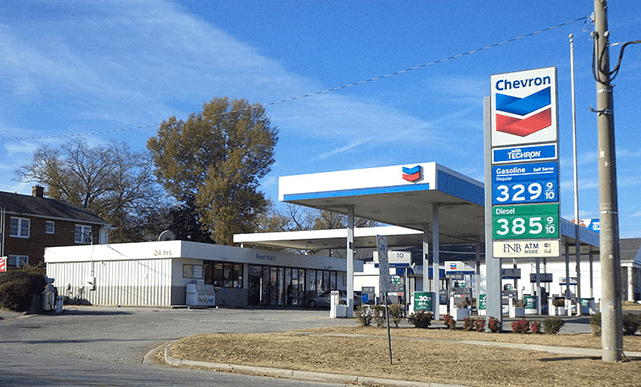 Office Depot has been named to the U.S. Environmental Protection Agency’s (EPA) list of 2012 Energy Star leaders for its greenhouse-gas reduction efforts. In the past seven years, the second-largest office supply retailer in the United States has reduced C02 emissions at its North American facilities by 37 per cent – over 140,000 metric tons. It was also recognized by the EPA last year for having achieved 20 per cent energy efficiency improvement across its domestic portfolio since 2004. “Becoming the first [U.S.] retailer to achieve 30 per cent or greater energy reduction further demonstrates our commitment to environmental leadership,” said Edward Costa, vice-president of construction at Office Depot.

The retailer has continued to push forcefully for C02 emission reductions at its 1,123 domestic stores in the face of weak post-recession revenue returns. The company began investing in energy efficiency back in 2005, with an initial $20 million expenditure spurring a 10 per cent carbon dioxide reduction a year later. Further improvements were achieved by constructing a series of LEED-certified green buildings, with Office Depot stores earning the top three spots for retail energy efficiency gains in the 2011 EPA Energy Star national building competition.

The company has also pursued upgrades to HVAC systems, adopted energy efficient lamps, reflectors and ballasts, and maintained aggressive energy management controls and monitoring. During the height of the economic downturn, Office Depot reduced transportation costs by 12 per cent through upgrading vehicles and streamlining supply chain management. The Environmental Dashboard was established that year to monitor its “buy greener, be greener and sell greener” strategy, highlighting the chain of command for each environmental initiative being pursued by the corporation, along with key performance indicators to monitor implementation.

Although costly, the EPA believes that these investments will ultimately result in increased profitability. “With help from EPA’s Energy Star program, leaders like Office Depot are benefiting their bottom lines while protecting our health and the environment,” says Gina McCarthy, assistant administrator for the EPA’s Office of Air and Radiation.

Chevron, one of the world’s six “supermajor” oil companies, is currently the subject of an ongoing criminal investigation by the U.S. Environmental Protection Agency (EPA) after air quality officials discovered an internal pipe routed around two sets of emissions monitoring equipment at its Richmond, Calif., refinery. The facility, located in the San Francisco Bay Area, provides about 10 per cent of west coast petroleum refining capacity.

The investigation came to light through a Freedom of Information request submitted by the San Francisco Chronicle after an August fire at the refinery, unrelated to the EPA probe, sent hundreds of Bay Area residents to hospital. The original two-year investigation from the Bay Area Air Quality Management District, which enforces federal air quality standards, began in late 2009 after two investigators noticed a flare not being recorded at all by the pollution-monitoring installations. After looking through plant surveillance footage, they were able to determine that the pipe was used 27 times over a four-year period.

Chevron had previously settled a lawsuit filed against it by the EPA in 2005, in which the company agreed to limit the flaring of gas, install monitoring equipment and report every incident to the Bay Area air quality district. Wayne Kino, an enforcement manager for the district, told the Contra Costa Times that Chevron “knew they were flaring, and they knew that unmonitored flaring was not legal.” A $170,000 fine was given to Chevron in August 2011, although this was not made public. The EPA opened its own investigation in early 2012, looking into who was responsible for the pipe installation and its continued use, as well as any members of the upper management who were aware of its presence. Chevron employees could be charged, as EPA investigations in 2011 resulted in a total of 249 convictions against individuals or companies, along with 90 years of prison time.

Refinery general manager Nigel Hearne insisted at a Sept. 24 press conference that this was not an attempt to circumvent federal flaring regulations. “This was certainly not done intentionally. Safety and protecting people and the environment is one of our core values as a company and we take that responsibility very seriously.” He also emphasized that the air pollution released was a negligible amount, although investigators have not been able to confirm the size of the 27 flarings between 2005 and 2009.