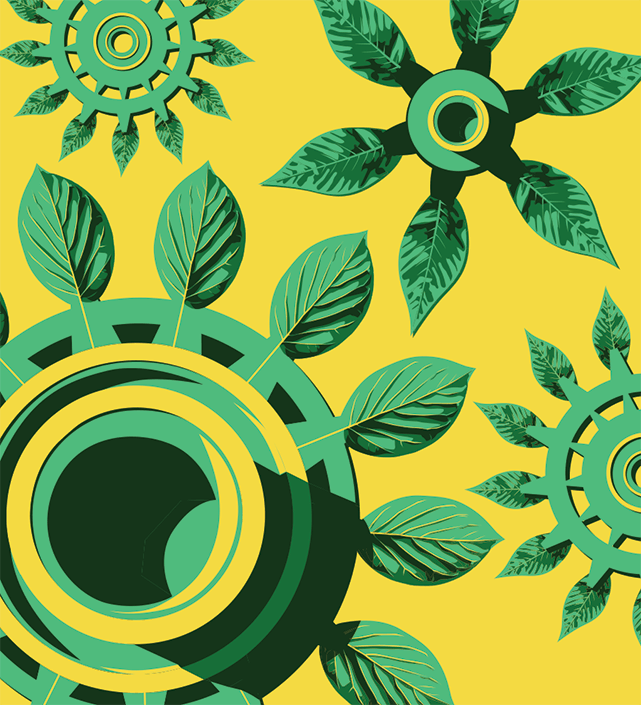 There’s a train leaving the station, one with a green paint job, and neither the United States nor Canada is on it. Not yet, anyway. China, meanwhile, is gunning for the conductor’s seat. Earlier this year, China released its latest Five-Year Plan. It made low-carbon industries a major focus, with a strategy that calls for seven industries—from electric cars to wind energy—to grow from 2 per cent of gross domestic product to 20 per cent by 2020. That’s a big call.

In many ways, China is an anomaly that is changing the rules of the game. It can call the fair and free trade shots in the World Trade Organization while domestically protecting its own nascent industries. It bankrolls cheap loans and subsidies, and grows national champions to compete on the international stage.

Even if the U.S. had the surpluses to replicate China’s strategy, its core values would inhibit it. This is simply not the American way. Yet the U.S., the driving force of the North American economy, still needs to be in the game.

What is the way forward? First, the U.S., along with Canada, has to break out of an old story: an oil- and coal-fuelled narrative that has denied real change. Within the pages of this story are the themes of high unemployment, house foreclosures, wages stuck at 1970s levels, environmental degradation and accelerated climate change.

Both countries, but particularly the U.S., need a new story of how they’re going to climb out of the doldrums, and do it in a way that minimizes the tax burden on citizens. It’s the same story being written by the Organization for Economic Co-operation and Development and others: economic revitalization driven by the vast investments needed to grow clean energy, boost energy efficiency, green our cities and build the industries that deliver all of the above.

The question is whether there’s a way to access the massive amounts of capital necessary to craft such a narrative.

Short answer: there is a way. The capital requirement to retrofit homes in the U.S. (selffinanced with energy savings!) is US$2 trillion. The capital needed to switch from dirty to clean energy over 20 years is in the order of $3 trillion.

Despite the market crash, the capital is there. The U.S. pension fund industry still manages $15 trillion and is always looking for investment safe havens. There are many ways to deliver those safe havens. Building solar plants in the desert that deliver a safe and secure return over 30 years is but one example.

Bonds, my area of work, can be useful tools for financing these kinds of initiatives. The U.S. bond market alone is worth $25 trillion. Compare that to total U.S. GDP of $15 trillion.

But the trick to tapping into this capital is to not assume bond buyers will wear risks; they need investment-grade deals. The good news is there are many ways that governments can help engineer investment-grade ratings; and when they do, the cash will flow, without the need to raise taxes.

In the area of energy efficiency, the U.S. has the beginnings of a model—the propertyassessed clean energy, or PACE, bond. Under this model, which still has some wrinkles to iron out, a loan to retrofit a house is collected back over time as a municipal charge, built into existing property taxes paid by the homeowner. There’s a low level of default, meaning bonds issued against a parcel of these loans are very safe.

Cities can also broker bulk deals with building companies to cut house-by-house energy use by up to 50 per cent. Home-owners in South Chicago, for example, can get a retrofit that reduces their power bill even after loan costs are included. Here, you have the genesis of a trillion-dollar energy efficiency bond market and some big wins in reducing emissions.

There’s a clue in that example: bonds are great to refinance projects once they’ve been set up and there are no longer development risks. A city might organize a $70-million energy efficiency lending fund (as Melbourne in Australia has recently done with some financiers). Every time the municipality depletes the fund it can borrow from pension funds against the security of those loans, using lowrisk bonds, and reinvest the $70 million in another round of buildings.

Renewable energy is starting to be financed this way as well. We just need to scale it up with government regulation to ensure the investments are safer than mortgage-backed bonds. This may require some guarantees that there won’t be any retroactive changes in policy (the investor’s nightmare).

Remember that this bond-backed green growth strategy is about building productive assets that have reliable revenue streams. It’s also about cutting energy bills and taking the savings to pay off a loan. The answers are there. We just have to work creatively to create the deals—fresh ways for investors, government and industry to work together.

These investments are long lasting, low in risk profile and highly secure; hence, they’re ideal holdings for pension funds. By providing a small slice of their capital through climate bonds, they could help create jobs at large scale, build a renewable energy export industry and finance a powerful tool against climate change.

So there’s still a chance to get on this train, if—and it’s a big “if”—we choose to write the story that way.