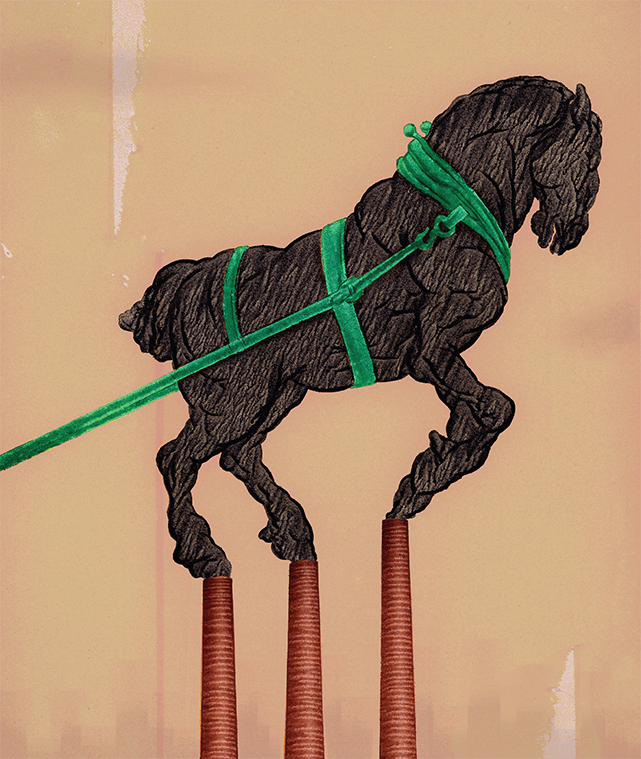 Juergen Puetter could be labelled a shopaholic in renewable energy circles.

A few years ago, the president of Aeolis Wind Power began locking up land deals in British Columbia for wind power projects, only to realize he was spending considerable time and money on a resource the province didn’t need.

Sure, B.C. could use some of it. But Puetter overshot the mark, acquiring a relatively large pipeline of projects that had a limited market to sell into, either because of a lack of power demand or insufficient grid capacity.

Then one evening, while sharing a few glasses of wine with a friend on his sailboat, it struck him: Why sell into the grid? Why fixate on electricity as the end product?

The answer, in his mind, was to use that electricity to produce renewable fuel, tapping into a resource the province and its local natural-gas industry had no shortage of: carbon dioxide – the greenhouse gas most responsible for human-caused climate change.

Puetter saw the potential of using electricity from his wind turbines (or even buying low-carbon, off-peak electricity from the provincial grid) to power electrolysers that produce hydrogen from water. He would take that hydrogen and chemically combine it with CO2 to produce methanol, an easily transportable liquid fuel that is also a building block for a variety of petrochemicals.

In other words, Puetter saw tremendous opportunity in turning what has been traditionally viewed as carbon waste, to be buried out of sight, into what is increasingly seen as carbon treasure.

“There’s a near-infinite supply of CO2 that I can get for next to nothing, and I can use that greenhouse gas as fuel,” said Puetter, who created a company called Blue Fuel Energy to commercialize the approach.

He calls his fuel “liquid electricity” and, using a process that can be licensed from ExxonMobil, he’s also considering making a renewable form of gasoline from locally harnessed CO2.

The idea of recycling CO2 into something useful is beginning to catch on, with rising oil prices and ongoing concerns about climate change driving new innovations. Clean technology startups are seeing industrial CO2 as a key ingredient in a number of products, from methanol and formic acid to “green” cement and biofuels made from plants and algae.

Appearing to be losing momentum – if not favour – is the conventional approach that views CO2 as a pollutant that needs to be captured, compressed and pumped into deep storage underground.

So-called carbon capture and sequestration, or CCS, has for years been championed as a must-have approach to keeping climate change in check. Indeed, the International Energy Agency’s roadmap for keeping global temperatures from rising more than two degrees Celsius anticipates that one fifth of the world’s required emission reductions will come from CCS projects.

This is the fossil fuel industry’s preferred path. Critics, however, say it perpetuates the status quo of burning coal and natural gas for electricity, and it both protects and further entrenches a multitrillion-dollar global infrastructure built over several decades, as well as the carbon economy it supplies.

So far, however, talk of CCS has been largely that – talk. There are dozens of projects around the world in various stages of planning and development, but tough economic times and fading government support for climate action – expressed by the persistent lack of carbon pricing in most countries – has led many CCS projects to fall by the wayside.

Industry won’t cover the cost of these expensive projects alone, and debt-strapped governments are backing away for now. Not surprisingly, those CCS projects that are surviving are the ones that pump CO2 underground to recover more oil from aging wells.

“Every major CCS project in the world has been practically abandoned, and I’m not sure I’ll live long enough to see conventional CCS really take off in North America,” said Paul Woods, chief executive of Algenol Biofuels of Bonita Springs, Florida.

Woods is another entrepreneur who sees CO2 as a resource to be treasured, not buried. His company has genetically engineered a type of cyanobacteria, also known as blue- green algae, to gobble up vast amounts of industrial CO2 while basking under abundant and free Florida sunlight.

Through photosynthetic processes that have been turbo-boosted, the little green critters are expected to produce a constant stream of ethanol for as low as US85 cents a gallon. Algenol figures it can consume a ton of CO2 for every 125 gallons of ethanol it produces, and estimates its approach is vastly more economical than conventional CCS.

“No country can do CCS for under $100 a ton and so basically what you’re doing is taking $100 bills and shoving them in a hole in the ground,” said Woods. And that excludes the costs of ongoing monitoring and other potential liabilities that will lead to sky-high insurance premiums, he noted.

Why take on all that risk and uncertainty with conventional CCS?

Pond Biofuels of Toronto is taking a similar approach through a partnership with St. Mary’s Cement, a wholly owned subsidiary of Brazilian cement giant Votorantim Cimentos. As part of a demonstration project, stack emissions from St. Mary’s plant in Ontario are being piped directly to on-site bioreactors that have been optimized to grow a local strain of algae.

The algae can be harvested to produce high- value green chemicals or biofuels, which could be used on site by the company’s trucking fleet. The biomass that’s left over – about 75 per cent or so of the organism, once valuable oils are removed – can be dried using waste heat from the plant’s kilns and used to displace fossil fuels in the cement-making process. The next phase would be to deploy hundreds of bioreactors capable of consuming 30 per cent of the plant’s entire CO2 emission stream.

Steve Martin, co-founder and chief executive of Pond Biofuels, said there’s an appetite within industry for non-CCS solutions to their emissions problem. “They see this as an opportunity to differentiate their product,” he said, adding that a company that can market and sell greener steel or greener cement can gain a competitive edge. At the same time, they’ll be in a much better position to comply with future emission regulations or carbon-pricing schemes.

Different approaches are being tested across the continent. At Sandia National Laboratories in New Mexico, researchers are using concentrated sunlight to bust up the chemical bonds in water and CO2 so their molecules can be reassembled into a synthetic gas and potentially refined into gasoline or jet fuel.

Similar research efforts are ongoing at the California Institute of Technology as part of a US$122 million “direct solar fuels” initiative funded by the U.S. Department of Energy.

In Texas, a company called Skyonic has fig- ured out how to capture CO2 from industrial plant emissions to produce bicarbonate, an ingredient in everything from baking soda to industrial detergents. Seattle-based Mantra Venture Group, meanwhile, has patented a process that uses CO2 to make formic acid, which among many applications can be used as a preservative and anti-bacterial agent for livestock feed.

And while companies such as Pond Biofuels are helping the cement industry reduce the carbon footprint of its operations, one Silicon Valley startup called Calera has figured out how to capture one ton of CO2 for every two tons of cement it makes.

“I don’t think there’s a single panacea. There’s no magic bullet you can point to that will fix all our problems,” said Martin, recognizing the massive global scale of the CO2 challenge.

“We have to look at a menu of solutions. It’s going to be an à la carte approach, and it has to make sense with where you are, and with different industries.”

Clearly, conventional CCS alone isn’t going to save us at the current rate of demonstration and deployment. According to the International Energy Agency, more than 1,800 large- scale CCS projects will be needed over the next 40 years to avoid dangerous climate change – at a cost of up to US$1 trillion.

If today’s dithering is any indication, the world will fall well short of that target.

Either way – to bury or to treasure – the clock is ticking.