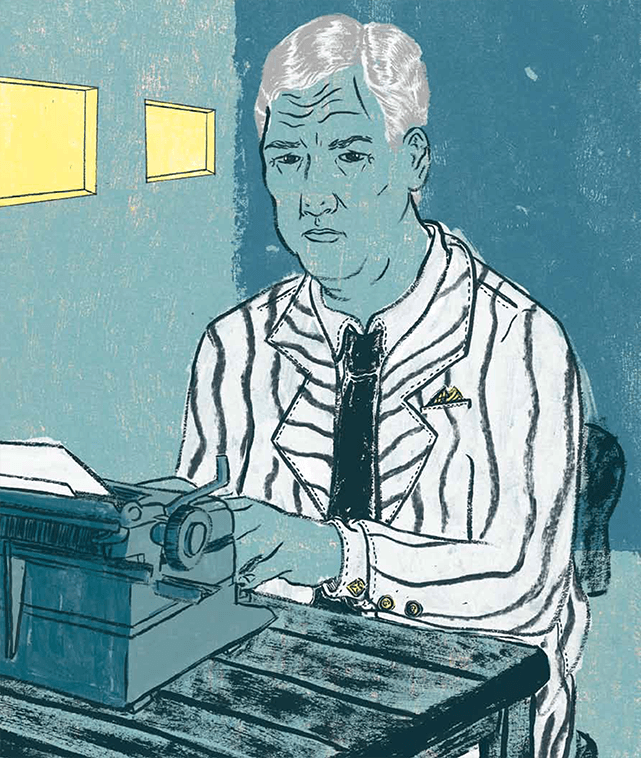 The Wall Street Occupiers have some legitimate grievances, but are effectively asking redress of the grievances by their authors. The complaints against the Wall Street bailouts, in which they echo the Tea Partiers they affect to despise, are not well-founded. The taxpayers will make money on the bailouts and great misery and confusion has been avoided by them, though Henry Paulson’s original Troubled Asset Relief Program, or TARP, of the government buying distressed assets directly was nonsense. There have been design errors in the bailouts, in that so much of the payoff in the automobile industry has been to the egregious, Luddite, avaricious United Auto Workers, which was the greatest single architect of the near-death and out-of-body experiences of the once invincible U.S. auto industry. This bailout complaint by the Occupiers is also inconsistent with the succeeding complaint that organized labour is under siege from the U.S. government, which is in fact grovelling to it, completely undeservedly. (General Motors has 10 UAW pensioner/shareholders for every active autoworker.)

The Occupiers need hardly add their voices to those from time immemorial against the hardy perennials among public grievances, such as age, sex, racial and orientation discrimination. And it is not clear what they are complaining about in respect of an alleged monopoly in farming, sophistical legalities, the sale of privacy of the public (as a “commodity”), “colonialism at home and abroad,” and “misinformation through control of the media.”

Less challenging to comprehension are complaints about torture and murder of prisoners and unspecified foreigners, and anger that student loans are not outright gifts, about the outsourcing of jobs, the nature and size of political donations, the alleged frustration of the development of alternative energy sources and the covering up of oil spills, and general complaints about Weapons of Mass Destruction.

This is the usual, incoherent, sophomoric grab-bag of populist grumbles, and there is some legitimacy to some of them. Also as usual, the protesters, led by the Canadian organization Adbusters and professional Canadian dissident Kalle Lasn, have been witty in sending up the pomposity of the system by adapting Thomas Jefferson’s Nuremberg-like indictment of poor old George III (but Jefferson’s blood libel on the American Indians that accompanied it) in the Declaration of Independence. It was a little like John Kerry’s anti-Vietnam protest at the Capitol in 1971, utilizing the most stilted Pentagonese jargon to describe demonstrations as “athwart hostile infiltration” of the Congress, and so forth.

Such an unfocused and scatter-gun assault is already pressing sympathetic buttons, and profiting from the usual heavy-footed public relations blundering of the municipal authorities and the straight-man impressionability of patronizing editorialists. Even New York City Mayor Michael Bloomberg, normally something of a fellow traveller with faddish protesters, has become quite belligerent, as he has paid for 10 years of municipal extravagance with the fiscal froth from Wall Street commissions and bonuses.

If the Occupiers and their organizers and spokespeople, including the capable Christopher Hedges (though he is now audibly verging on intoxication with the purple vapour of his own verbosity) and the unfeasibly abrasive Marxist mythmaker Naomi Klein, want to last more than a few weeks, they are going to have to do some strategic thinking and stop shouting long enough to acquire some tactical finesse.

To start, they must realize what they are opposing—there is no reason simply to excuse all student and other loans. The Occupiers don’t know anything about agriculture, privacy or colonialism. They would be insane to advocate unilateral disarmament, as the U.S. has used its WMD arsenal judiciously since (and before) Nagasaki; or to climb aboard the Global Warming bandwagon now that its wheels have left its axles in all four directions.

And they are going to have to do a lot better than their present counter-cultural, urban guerrilla reform plan: restoration of Glass-Steagall, more vigorous prosecution of financial criminals, reversal of the Supreme Court “Citizens” decision on electoral campaign financing by corporations, adoption of Warren Buffett’s tax proposals, restaffing and hyperactivation of the Securities and Exchange Commission, tighter rules against regulators becoming employees of those they formerly regulated, and the end of the “personhood” of corporations.

This too is just a rag-bag of simplistic liberal flummeries; Nancy Pelosi claptrap. An Occupation of Wall Street to monumentalize the already very imposing (at six feet, eight inches) Paul Volcker and to adopt the tax suggestions of one of Wall Street’s most ruthless and accomplished sharks, good old Uncle Warren in his viyella shirt and corduroy trousers (who paid less than $7 million on income of $63 million last year), is a piquant confession of the innocence of the Occupiers once they get south of Canal Street. And if they imagine that they are going to achieve anything desirable from the SEC, the supremely redundant appendix of American public life, or the under-worked, over- analyzed, colonnaded embourgeoisement of the American legal jungle complicit in the disappearance of the Bill of Rights into the sunset of simpler and more honest times, they are terminally naive.

If the Occupiers want to be more than an evanescent magic carpet for a gaggle of hacks, gasbags and kooks, they will have to produce a leadership and a program worthy of being taken seriously as an alternative to what they are protesting against, and make alliances with other dissenters. Right now, they are just like the idiots who smash up the McDonald’s outlet at Davos each year, the anti-globalists at G7, G8 and G20 meetings, who are the football hooligans of political protest. They should stop invoking the fraudulent Arab Spring (now reduced to the massacre of Christians in Egypt and of Kurds in Syria) and attacking the Tea Partiers, who agree with them about bailouts, banks, monopolies and political corruption, and who got there first and have scores of congressmen and many millions of dollars. The Tea Party doesn’t have to try to run a Tentifada in Lower Manhattan to get any attention, and doesn’t need a publicity-seeking, gonzo, Marxist harridan like Naomi Klein as a drawing card.

They must leapfrog the Tea Party and not go to a war with it in a contest they can’t win. The Occupiers must recognize, as the Tea Party does, that capitalism is the only system that works, as it is the only one that conforms to the almost universal human desire for individual gain; and that the pursuit of gain will almost always, by its open-ended objective, lead to a crack-up eventually. Governments almost never have the least aptitude to deal with the resulting shambles, but there is no one else to do it, as governments make and enforce the laws, assess and collect and dispense taxes, and control the money supply.

The Occupiers must realize that they are not railing against a few crooked bankers and politicians, but against the American commercial, political, academic and media elites who have failed across the board. None of the central, lending or investment bankers, academic economists or financial media, or supposedly economically literate politicians saw this crisis coming, except for a couple of wingy professors and hedge fund managers, who took the concept of voices in the wilderness to Hansel and Gretel forest depths.

The Occupiers should denounce the shameful effort of the bipartisan political class to blame this mess exclusively on private sector greed, when it was the Clinton and Bush administrations that forced the financial industry into trillions of dollars of worthless real estate-backed securities in pursuit of higher family home ownership levels (and larger campaign contributions from the building trade unions and the real estate developers). The bipartisan political class had the brainwaves of outsourcing scores of millions of jobs while admitting tens of millions of unskilled, illegal migrants; and borrowing trillions of dollars from China and Japan to buy trillions of dollars of cheap and luxury goods (largely from China and Japan) that America formerly made for itself.

This was the strategic afterpiece of a country that had, in the two centuries from its founding in 1783 to the fall of the Berlin Wall, plotted and achieved a vertical and vertiginous rise from obscurity to global preeminence without the least precedent or parallel in the history of the world. This is the vortex the Occupiers seek to fill, and they won’t do it with Klein’s grating piffle; nor by importuning the SEC.

Even in the horrible year of 1968, scarred by the Martin Luther King and Robert Kennedy assassinations, race and anti-war riots, and Vietnam, Lyndon Johnson, Robert Kennedy, Hubert Humphrey, Nelson Rockefeller, Ronald Reagan and Richard Nixon were all, at one point or another, running for president. This year, as everyone knows, the likeliest challengers have passed and despite a very mediocre administration, there is no Democratic challenge to the incumbent as Gene McCarthy challenged LBJ in 1968 and Teddy Kennedy challenged Jimmy Carter in 1980.

The Occupiers should make common cause with the Tea Party and other reasonably sane protest movements. The way to cool out the obscene excesses of the financial community, and cut the domestic public sector deficit and unacceptable income disparities at the same time, is to tax optional financial transactions and certain categories of secondary financial income. The way to deal with poverty is with a self-reducing tax on very high individual net worths (let’s put Uncle Warren to the test). The tax could be accompanied by poverty-reduction programs designed and administered by the wealthy taxpayers themselves. The tax would eliminate itself as defined poverty was reduced and would directly engage the wealthiest people and most agile financial talents in the reduction of poverty, and give them an incentive to succeed. (Buffett’s proposals are a publicity stunt and if enacted, would not reduce the federal budget deficit by even one half of one per cent.)

Student and other loans should be restructured, the actuarial assumptions of Social Security adjusted, taxes simplified, labour strikes discouraged, and under-documented aliens enticed away from sub-minimum wage rolling of Hollywood tennis courts to win back jobs in simple manufacturing. (Whatever happened to Westinghouse alarm clocks?) And instead of grumbling about legal fineries, the Occupiers should demand the radical resurrection of the Bill of Rights that has been raped by lawless prosecutors with the fascistic plea bargain system, with the full complicity of the highest courts. The prosecutocracy should be put strictly back in its place and the addiction to over-sentencing, starting with the barbarism of the death penalty, should be reversed. The corrupt, misnamed (and decisively unsuccessful) War on Drugs should be ended, soft drugs legalized, treatment emphasized, and the laws applied equally to blacks and whites and poor and wealthy areas, and the effort to induce civil wars in other countries over supply (Mexico in particular) abandoned. The fable of global warming and the deranged nostrums that have come with it must also be abandoned.

A program including those elements would sweep the nation and impress the world. Christopher Hedges could think in these terms. If the Occupiers don’t have a burst of originality soon, they will be sent packing by the local police and will be neither remembered nor lamented.