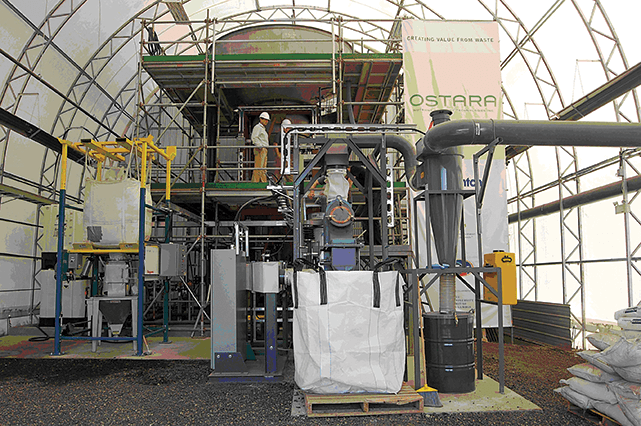 Ostara extracts phosphorus and other nutrients from wastewater to create a high-grade fertilizer. Photo courtesy of Ostara

It’s a question the Cleantech Group, a research firm focused on cleantech innovation and investment, continually asks as part of its Top 100 global rankings.

According to this year’s rankings, 58 companies on the list call the United States home. Only three Canadian companies made the ranking, an indication that our highly skilled and innovative clean technology entrepreneurs need to do a better job of attracting attention beyond domestic borders.

A group of ex-pats working out of Silicon Valley are lending a helping hand. They call themselves the C100 CleanTech, and their members are representatives of top U.S. venture capital firms with a combined $7 billion under management.

Their plan is to seek out the best and brightest cleantech entrepreneurs in Canada and invite them down to Silicon Valley, where they will be mentored and introduced to a rich network of potential customers, investors and partners.

VantagePoint is one of the top venture capital firms in California with investments in such companies as electric car pioneer Tesla Motors and solar-thermal power developer BrightSource Energy.

It has also invested in Vancouver-based Ostara Nutrient Recovery Technologies, which was recognized in Corporate Knights’ Cleantech Next 10 rankings in 2009.

Quick, who was born and raised in Toronto, says that not enough companies in Canada look at the big picture and think beyond their own backyard. “It’s something we’re emphasizing,” he said. “It’s all about partnering. It’s access to markets. It’s a long-term strategic vision of where you’re going and where that fits into the ecosystem.”

C100 CleanTech officially launched in November 2010, and has partnered up with Sustainable Development Technology Canada, the Business Development Bank of Canada, the Consulate General of Canada and MaRS Discovery District.

In December, the group will select eight to 10 Canadian companies totake part in a “48 hours in the Valley” program and have the “opportunity to spend time with some of the Valley’s most successful entrepreneurs, investors and executives in both formal and informal settings.”

Said program director Atlee Clark: “We just want to bring them down and help them take their business to the next level.