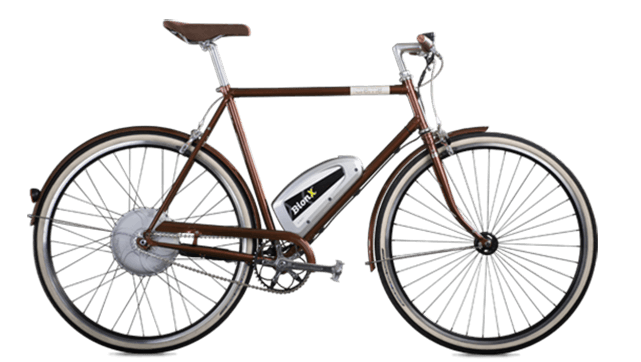 Manfred Gingl, a former president and chief executive officer of auto-parts giant Magna International, has shifted gears in recent years. A collector of cars, the Austrian-born executive and close confidant to Magna founder Frank Stronach also has a personal interest in and love for bicycles. In 2007 he decided to extend that interest to e-bikes and related electric propulsion technologies. He acquired what was considered the best e-propulsion system for bicycles in the world and this gave birth to Aurora, Ontario-based BionX International, which has become a market leader in just three years.

The BionX system – which can be purchased as a bicycle retrofit product or pre-installed on many of the top cycle brands – offers a seamless electric-assist riding experience and could very well get more North Americans peddling and exercising again. The electric propulsion system only kicks in when the rider requires it, such as when tackling steep hills or headwinds. The rider still peddles, and exercises, but the experience is more enjoyable – an attractive option for aging boomers previously turned off of cycling.

Last month, BionX launched its first marine product, an electric-assist pedal watercraft called the SeaScape. It is the company’s first move outside of the e-bike market, but Gingl promises it won’t be the last. Corporate Knights had a chance to sit down with Gingl for a chat about the future of e-bikes and electric mobility.

CK: Electric bicycles are a booming market in Europe and Asia. Why have they not taken off the same way in North America?

GINGL: I don’t see it as people being against it, it’s just that the infrastructure isn’t there for bicycling, period. Young kids are not growing up with a bicycle as much as they do in some other countries, and they don’t use it as a means to travel. A bicycle in Europe is a workhorse as much as a joy. People in Europe don’t want to use their car if it’s a nice day, and people use their bikes even when it rains. It’s part of their lifestyle. It keeps them going, gives them exercise. Go to Amsterdam. I haven’t seen so many bicycles in one spot. It’s unbelievable. So I think it’s about giving it exposure, about the marketing, about the government building up infrastructure and building proper bike paths.

CK: You’re a car guy. You love cars. You collect them. Now your attention is on electric-assist bicycles, paddle boats and more. Why the shift of focus to products that are part human, part electrically driven?

GINGL: By no means do I call myself a tree hugger, but for sure we have to be more sensitive and more caring toward our planet. Just as important, we have to look after ourselves. Three years ago I said to myself, I want to create a product portfolio that serves the human species and that gets us interactive with technology. The key is to get us mobilized again.

CK: E-bike technology would seem ideal for an older demographic less likely to cycle for fear of having to navigate hills or strong headwinds. Is this the market you’re after?

GINGL: That’s for sure the opportunity, absolutely. It’s growing. But when we analyze the last three years of sales, the age is coming down surprisingly. Thirty six years young – that’s the average age now of people buying this kind of product. When I got into this, no one would have thought of putting this technology on cross-country or hill-climbing bikes. Now KTM, the bicycle maker in Austria, is making almost 2,000 race bikes with the BionX system strictly for the woods and climbing hills.

CK: Frank Stronach is the controlling shareholder of BionX. He’s also heavily invested in Magna e-Car Systems, the electric-vehicle venture majority owned by Magna International. You and Stronach appear to be making big bets on electric mobility, yet there is still much skepticism in the market around electric cars and battery technology. What’s your take on this?

GINGL: The driving force of the skepticism is that the cost of the battery technology is still too high. But so it was when the cell phone came out. We carried a seven pound thing around our neck, which was ridiculous. Look where we are today. Similarly, battery technology is not standing still. There are mega players developing and improving on battery cells at record speed, making progress. So yes, it’s coming. But I think you will get market segmentation. You’ll have hybrids that drive in both energy modes and you will also have a segment called the city car, or commuter car. Sure, you’ll still have your larger (gas-powered) car for when you go to the cottage. But look, it’s coming. We can’t just keep doing what we’re doing right now. It’s not responsible.

CK: You seem quite positive about the future of BionX, and electric mobility in general.

GINGL: You know why I’m so positive about this? I still have a 14 year old. About three years ago when I got into this new business, he gave me crap because I bought another 12-cylinder car. He said “Dad, what are you doing?” He didn’t speak to me for three days. And the grandchildren, they learn about this early in school. They’re asking, “Opa, are you for real? Why don’t you buy a small car?” It’s where we’re heading.