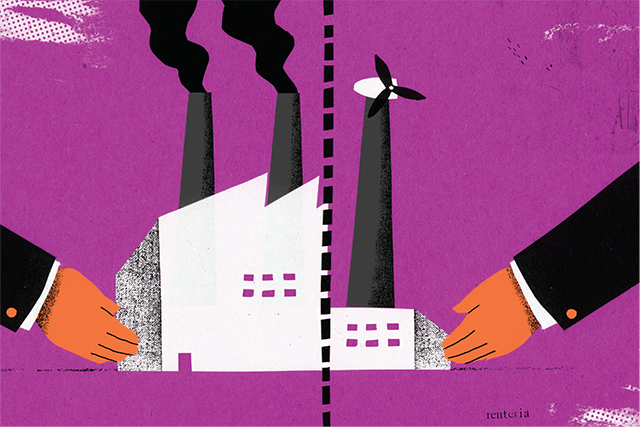 I had a partner who once said to me when times were difficult: “Mike, we need to get ready to be lucky.” These days, it’s humanity that needs to get ready.

We are facing three major global problems concurrently. The most imminent problem is the debt crisis, especially as it affects sovereign nations’ default, the future of the euro, and the possibility of Europe and North America slipping into a lengthy recession.

Debt over the years has simply not been employed where it is pro- ductive. Productive borrowing acquires assets whose performance produces returns that have a margin of profit after the debt coverage. But governments have tended not to borrow this way, nor have con- sumers—hence, the situation we find ourselves in today.

The other two problems are “physical” in nature and are being expressed economically and socially. In the near term, we have “peak oil,” which is showing up as higher energy prices (recognizing that the recent fall in oil prices is due to reduced demand, not increased supply).

Over the past 100 years or so, the almost unbelievable improve- ment in standards of living has come about mainly because of very easy access to very cheap energy. Energy returned on energy invested (ERoEI) measures how much it costs to get access to energy.

This ratio, whose decline is the economic symptom of peak oil, is showing signs of severe negative changes to come, even within the next decade.

One of the reasons the world has prospered is that we never paid the true cost of this cheap energy. There is no carbon recycling fee— no tipping fee like there is at the local garbage dump. Unfortunately, there is a cost to filling our common atmosphere with carbon, and that is our third major problem: longer-term climate change, with its more gradual but no less important impacts.

All three of the problems I have just described are evidence of long-term, deep-seated issues that need to get resolved quite fast. Can we come to grips with any one of them? Or do we need to address them all at once? And is there any realistic pathway that involves the private sector?

Clearly, we need to act. It’s time to face up to the hollow truth: sustainability has to apply to financial stability, energy prices and climate change, all at the same time. Without more concrete underpinnings to get at a solution—and quickly—we will gradually slip into stressful instabilities, or “failed states.” These are those parts of the world where the patina of civilization is threatened by civil unrest, or constant political or military turmoil.

Needless to say, investors are facing very difficult decisions. Private investors, and especially those of us in the venture capital community, are challenged more than ever by having to look further ahead because of the time it takes our investments to mature.

Yet adversity, in my view, can create opportunity. The “triple threat” facing the world offers the chance for good fortune, and it is our brand of venture capital that should become especially valuable, as it can offer up one of the few possible answers: clean energy miracles.

And these miracles—call them inventions—had better be radical breakthroughs that can tackle our energy emergency. That’s because for the first time, instead of inventions and their propagation being nice-to-haves, civil survival desperately requires them.

Finding these clean energy miracles won’t be easy. The big clean technology winners will be technically intense and hardware-oriented.

They will need to replace coal-fired generating plants and change the way we move useful energy from one place to another. They will include new types of car engines and more efficient ways to use energy, such as LEDs. The great hardware breakthroughs are where the money will be made, not from a social networking site that encourages us to use energy more wisely.

But investing in hardware for the energy business is tremendously tricky. The breakthroughs almost never come from academia or even from within company labs. Instead, they come from the fertile minds of people who think differently than you and me. (If they came from ordinary people, they would have been invented already.) Yet when we combine the offbeat nature of a breakthrough invention and the offbeat personality of its inventor, the result is typically perceived as not credible. And, of all the marketplaces where the “not credible” could have a place, the energy business is most definitely not one of them.

Most energy businesses have been around for decades, and are set in their ways and averse to rapid change. And getting any new energy technology to a point where it’s generating meaningful revenues can be a lengthy process because of the need for multiple deployment cycles. If the typical venture capital fund has a 10-year life, then the average time for an investment from startup to a real liquidation event can’t be more than seven or eight years. This means that basing a liquidation value on revenues is simply too hard to predict. Cleantech entrepreneurs should understand that many private investors are leery of these clean energy hardware-type investments for precisely these reasons.

A different approach is needed, in my view—one that sees venture capital firms that are invested in clean-energy startups helping and encouraging strategic alliances with leading corporations. Ideally, these large corporate partners would also provide some capital in exchange for marketing or product rights through licensing or joint ventures.

Perhaps just being associated with large corporations would entitle a startup to a “credibility premium,” allowing for an initial public offering long before revenues are generated. Maybe the large corporate partner is the eventual buyer and maybe such strategic associations would help in persuading other sources of “non-diluting” capital (i.e., governments) to become involved.

Again, striking such partnerships with big corporations won’t be easy, and there will most certainly be a cultural gulch that needs crossing. People working for big companies generally don’t appreciate the motivations of people who work for startups, and vice versa. History tells us there are good reasons for that.

What’s certain, however, is that cleantech venture capitalists find themselves in a very unusual phase of investing. As always, investors must be dispassionate about social movements; they must watch, pay attention to the issues, and position themselves so that when answers are needed and become worth something, they have an inventory poised to rise in value.

Storing up that inventory—stacking our portfolios—is going to pay off hugely. But the payoff will be biggest if we all understand how to work with the big companies that have the wherewithal to bring energy miracles to market. This is a realistic pathway to solving the three major problems we face today.

It’s one way to get ready—and be lucky.