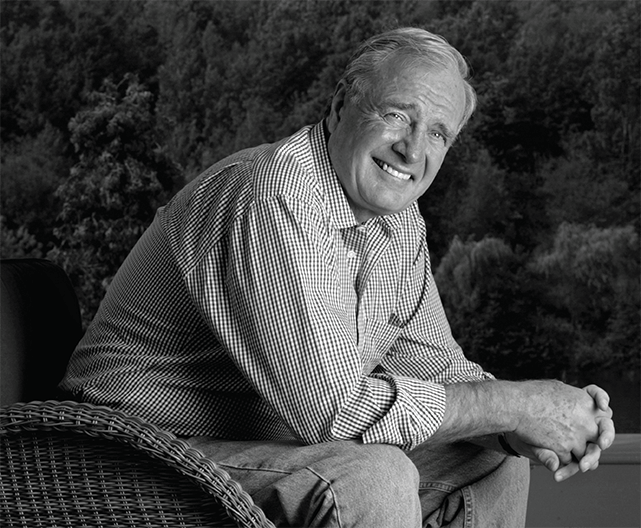 Corporate Knights recently awarded the CK Award of Distinction to former Canadian PM Paul Martin for his environmental leadership, and sat down for a Q & A at the event.

CK: You have been a long-time advocate for natural capital indicators. Why is this a vital issue for the 21st century?

MARTIN: When you are the minister of finance you spend your whole life being governed by several measurements: GDP, the inflation rate and the unemployment rate. It becomes very clear to you that your success or failure is going to be determined by these indicators, and that they form the basis for your public policy agenda. If these measurements are not accurate, then the policy-making that it influences will not coincide with your beliefs as to what is important.

The problem with the GDP is that it’s a measurement of economic activity. From a government’s view, it’s roughly what tax revenues are going to be based off of. But to say that the GDP is essentially a measurement of how your economy is doing is simply incorrect, because it doesn’t take into account costs. If you were making widgets, and at the end of the year you reported your earnings on a before-depreciation basis, after 20 years you’d go broke. That’s what happens with the GDP—we are taking into account our economic activity without taking into account the costs of that activity.

CK: Who, besides the federal government, needs to throw their support behind this initiative to give it some needed momentum?

MARTIN: Statistics Canada will need to play a leadership role, as they have a huge amount of independent credibility. When they put their weight behind an initiative, people pay attention.

More than anyone, though, the economic profession as a whole needs to be behind this. They should be arguing for transparency and openness with the numbers that they’ve got. Economists think they’re scientists, but they’re not. Anybody who thinks that they are should look back at the last three years. The theory of honest numbers is one that should be advocated for ferociously by economists, but the profession is not living up to what it should be in this area.

CK: What do you think will happen if we successfully place natural capital on the balance sheets? How will this change policy-making on the ground?

MARTIN: It would have a huge impact. If measurements are the ultimate determinant of whether public policy is going to be successful, and to a large extent they are, then it would change the nature of the debate. Both sides would be able to approach the table on a more equal footing. If you can demonstrate that this particular activity is going to cost more, or is going to create a negative externality that wasn’t previously taken into account, then the issue will be more about what to do about it, as opposed to no, I won’t listen to you. A certain amount of emotion will be removed from these issues in a very fundamental manner.

CK: Today, what stands in the way of using a balance sheet that includes natural capital indicators in Canada?

MARTIN: What prevented us from doing it 10 years ago was that the methodology had not been solidified. An enormous amount of work has been done in the intervening years. Munir Sheikh, the former chief statistician for StatsCan, told me last week that the methodology has been arrived at, and there is no reason we can’t be doing it today. The methodology will be contested, but there’s nothing the matter with that. People constantly contest the methodology of the GDP. We’ve just seen the numbers for Canada’s GDP in 2008, at the height of the crisis, have been totally revised to show a far different set of numbers. No one should say that you need to achieve perfection on these things, unless you want to go through decades of debate. We use measurements that are contested all of the time.

CK: Since you left office, a provincial carbon tax in British Columbia has been implemented. During this uncertain economic recovery, is it a good idea for Canada to consider this nationally?

MARTIN: Yes, we should be placing a price on carbon. There’s a crisis taking place in Europe and the U.S., and it’s going to be used as a means of not acting on the environmental front. The economy will be described as too fragile. I think the answer is that this is just as much of an economic problem as it is an environmental problem. We’re not going to solve our economic problems unless we understand that there’s an environmental quotient to it that virtually dictates the solution.