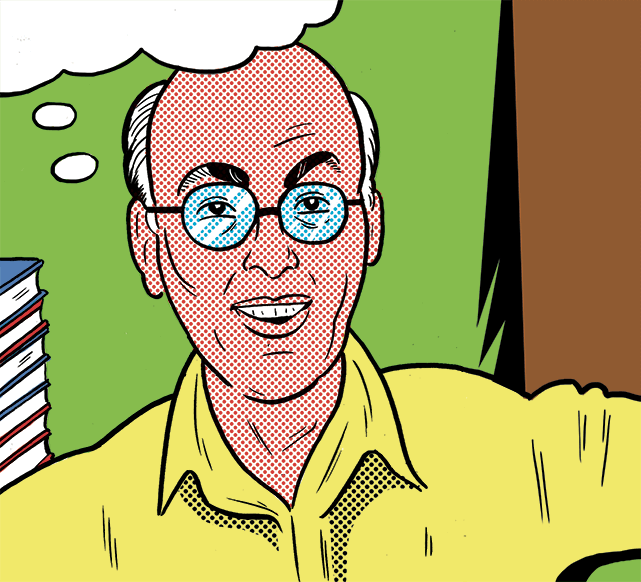 A prolific author of 150 articles, 15 books, and a few short stories, Mintzberg has been a professor at his alma mater McGill University for 40 years. He’s currently the Cleghorn Professor of Management Studies at the Desautels Faculty of Management, and for much of the past decade has been developing new approaches to management education and development. dubbed a “consistently contrarian Canadian academic” by the Economist in 2009, he’s been working for over a decade on an electronic pamphlet called Getting Past Smith and Marx: Toward a Balanced Society. Balance is important to Mintzberg, who spends his leisure time cycling in Europe and canoeing in the Laurentian wilderness. In July 2009, Mintzberg made time to discuss the possibility of clean capitalism with Corporate Knights.

CK: Why did the economic meltdown happen?

CK: Can you narrow it down to three incentives that you could change to help insure that something like this doesn’t happen again?

Mintzberg: I don’t think this is a question of incentives, I think it is a question of sheer decency. Either people care about their enterprise or they don’t. In fact, I would say that the incentives have been the problem. People have been driven to produce as quickly as possible. I think you solve our economic problems by reconstructing companies as communities.

CK: How to you rebuild companies as communities in a society where the bulk of large corporations are widely held enterprises accountable to short term investors?

Mintzberg: Some chief executives have the guts to stand up to this nonsense and say, “You are not going to push us around. This is not a way to run a company.” It is an illness, it’s a disease, and until the Americans wake up to the fact that it is utterly disfunctional, this will keep happening. But you just have to get rid of it.

CK: Do you think one of the downsides to communism’s collapse was that it took the competitive edge off capitalist countries to maintain a certain quality of life because there was an alternative to turn to?

Mintzberg: I kind of believe that. One might think communism wasn’t a model for the social sphere, but that’s not true. You have seen literacy rates in Cuba go up, and healthcare in Cuba improve. I argue that one of the effects of the collapse of communism in Eastern Europe was that we swung totally out of balance on our side. I think that the main factor was not that they were an anchoring force, necessarily, but that the assumption that capitalism has triumphed meant that we could swing totally the other way.

Mintzberg: Actually, that’s a major understatement, but go on.

CK: Peter Drucker said that any business can be put out of business within 24 hours if society decides it no longer serves a necessary function.

Mintzberg: You see it happening all the time. Like Pfizer pleading guilty to a criminal charge relating to promotion of its pain medicine and paying a record $2.3 billion in fines and settlement payments. Corporations want to be persons in the eyes of the law, but if a person commits a felony, they go to jail. So if Pfizer wants to be a person, they should go to jail. Going to jail means not being allowed to function in society for several years. If they want to be a person, they can’t have it both ways. Wwe have a complete double standard when it comes to crime.

CK: So, what do you think it would take to make clean capitalism happen?

Mintzberg: The big factor is community. When people feel a connection to what they are a part of, they you get a whole different set of behaviors. When people are just driven to make quarterly earnings, you can’t expect to have any of that. People say let the market decide everything. I don’t believe in that. I think markets are wonderful for lots of things, but this obsession with markets, and letting markets do whatever they please on every front is nonsense. There is no balance to it.

CK: Let’s say you had U.S. President Barack Obama and Chinese President Hu Jintao in here, and you were trying to help them come up with a climate deal. What would you do to broker one?

Mintzberg: I would tell both of them to go home. The only way anything serious every gets done is by community movements. Governments are so co-opted and pressured or in bed with lobbyists and all kinds of special interests that we can’t look to governments to solve these problems. The Kyoto accords are kindergarten compared to where we have to be. It will have to be a movement by the people. For example, it is nice that Walmart is rating products on how much packaging they have, but it is quite a different thing when a group of consumers say, “We will not purchase any of these products until the manufacturers get rid of 80 to 95 per cent of their packaging.” And it is far more powerful, and far quicker than Walmart or the Chinese or American government doing anything. I don’t think we can look to governments anymore.

CK: Do you think capitalism will survive?

Mintzberg: I think the raising of money through capital markets to fund certain corporate activities will survive. In a way, this whole capitalism thing is silly, because it is basically a way to raise money. But it has become the be all and end all of society, and I hope that doesn’t survive.