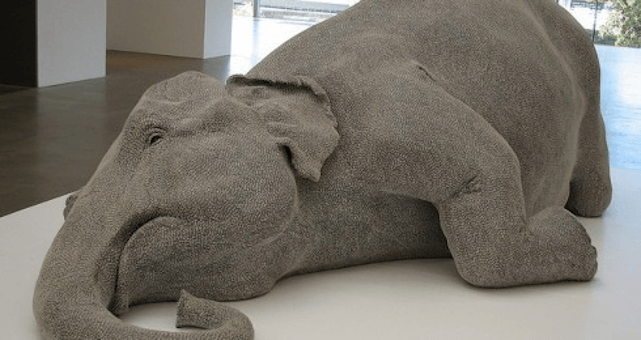 Death is inevitable. So, why avoid talking about it? Photo by Jeannie Fletcher

Death is not cheap, especially in Canada. Overall, Canada came ninth out of 40 countries in The Economist’s 2010 report “Quality of Death.” But when it came to cost, we plummeted to twenty-seventh place, behind countries like Slovakia and Malaysia.

The bills that can pile up are for more than an emergency ambulance ride. At Princess Margaret Hospital in Toronto, the social work department has seen patients lose their homes because they’re too sick to keep up with mortgages or rent. Other hidden costs affect not just the patients, but their caregivers too. Employment Insurance Compassionate Care Leave is only six weeks, so caregivers often take unpaid leave. Death is both sudden, and endless, and costs add up, like certain medications that aren’t covered by provinces, nursing help, especially when the caregiver is elderly, childcare, pricey hospital parking, or unforeseen needs like home oxygen.

The government programs and subsidies available are patchwork and labyrinthine. Although over 230,000 people die in this country every year, the federal government disbanded the End-of-Life-Care Secretariat in 2007. At a time of physical and mental exhaustion, when dealing with terminally ill family members, it’s up to individuals to figure out that Employment Insurance (EI) leave is federal, while social assistance is provincial, and then tackle the mounds of paperwork. The city’s subsidy for a “pauper’s funeral” is $2,208, though funeral home directors say that, at its cheapest, burial is a $5,000 affair.

Fear of dying might be the main problem. It’s inevitable, but no one wants to accept it. Instead, “we keep on doing these heroic measures … that are expensive, such as the fourth line of chemo that didn’t increase the quality of life in any way,” says Sharon Baxter, executive director of the Canadian Hospice Palliative Care Association.

Because planning for death is something people avoid, many Canadians die while fighting tiring battles in costly hospital beds. Accepting a terminal diagnosis can mean a more dignified death that’s cheaper for both patients and the system, says Baxter. Instead of paying for ambulances, dying patients can often stay at home with hospice workers managing their pain. But because no one will talk about it, Canadian hospices are largely run as charities. Quebec covers more hospice care than any other province—50 per cent.

Some employers are stepping into the breach. Assumption Insurance in Moncton, New Brunswick offers employees six months of sick leave with full pay. It doesn’t accumulate or carry over, but the option is always there, whether someone’s spouse is dying, or a child has a broken leg. This leave can be added onto the six weeks compassionate care offered through EI, and can be split up before and after a death to accommodate grieving.

“[Caregiver benefits] affect motivation, engagement and satisfaction,” said Assumption’s HR director Rachelle Gagnon, who is proud of the company’s extremely low turnover rate of two per cent. “It’s hard to quantify, but we feel that it’s a major factor in recruitment and retention.” That’s the argument they use to convince potential insurance customers to provide similar programs at their own companies.

Instead, costs climb, and we still avoid the issue. In the U.S., a recent study showed 25 per cent of Medicare spending goes toward the five per cent patients in their final year of life. It’s likely similar in Canada, but we don’t know for sure, says Senator Sharon Carstairs, who has focused on end-of-life issues for almost two decades. “That’s the kind of research, quite frankly, that isn’t being done.” In June, she presented Senate with an 80-page report, Raising the Bar, which urges all levels of government to begin work on an integrated strategy for dying Canadians. The response was complete silence. “I don’t understand the unwillingness to have a national strategy,” Carstairs says. Meanwhile, a full 70 per cent of Canadians don’t have access to palliative care, meaning they lack the option of homecare or hospice stay at end-of-life.

Carstairs’ report makes some ambitious recommendations, such as advocating for a $20 million palliative care capacity building fund. But her most ambitious piece of advice is the simplest. Death and end-of-life planning need to be talked about, she says, with conversations at family dinner tables and in doctors’ offices, between company presidents and elected officials. Canadians can no longer pretend that this is “a fantasy world where there is no death.”