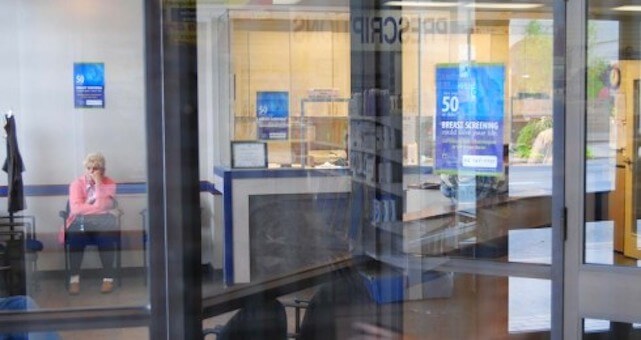 Kathleen Rosenberg*, a practical nurse with six years experience, gets angry while she tells me about a patient of hers.

“He couldn’t identify the partner because it was in a bath house,” she continues. “Public Health monitors this kind of stuff, but clearly not enough.”

Rosenberg, Dr. Doig, and Dr. Durhane Wong-Rieger, a patient advocate and doctor who helped Canada mitigate the tainted blood scandal in the late 80s and early 90s, believe Medicare has been broken, in part, by a lack of accountability.

Responsibility for your health rests as much with the doctor as it does with the patient.

“The good news about having doctors that are publicly funded is that you have health
care that could be accessible to everybody. [But some doctors think,] ‘You’re not my client. The government’s my client,’” notes Dr. Wong-Rieger.

In terms of checks, balances, and check ups, Dr. Wong-Rieger looks to her dentist as an example: “The part of my body [that’s best taken care of] are my teeth [because] my dentist is really accountable to me. If I miss a check up, he calls me. My doctor doesn’t do that.”

But is that because we pay for our dentists out-of-pocket?

Unfortunately, because dentistry is not covered, many people resort to walk-in clinics for tooth infections. “That doesn’t belong in a walk-in clinic,” says Rosenberg. If Medicare covered more services, wait times could be reduced because other health care practitioners, like dentists, could share the load.

Long wait times—the most common complaint about health care in Canada—are arguably caused by people misusing the system, but that’s just one part of the equation. Canada has always suffered from a brain drain that results in a doctor shortage, thereby making wait times longer.

In 2008, Statistics Canada reported 15 per cent of Canadians aged 12 or older —about 4.1 million people—did not have a regular medical doctor.

As the mother of a son with two holes in his heart, a daughter with a rare blood disorder—Thalassemia Minor—and a husband with Parkinson’s disease, Dr. Wong-Rieger understands this problem well.

Despite being a doctor herself, “we didn’t have a doctor for a year and half,” she says, so her family made use of walk-in clinics.

This was the only option available to her family—yet another aspect of the problem with wait-times and doctor shortages.

It’s a vicious circle. Walk-in clinics are reserved for patients who can’t get in to see their general physician (GP), but there are so few GPs people often rely on walk-in clinics for regular care. Also, Rosenberg says GPs are the lowest paid, while walk-in clinics provide doctors with fast, easy money, and there’s little or no responsibility to follow up with the patient.

Outside factors such as “talent poaching” are affecting the shortage, says Dr. Doig. Our doctors and nurses are extraordinarily well trained, and the problem is the U.S. loves to have our trainees.

In Canada’s failed version of talent poaching, Dr. Doig states the government and the CMA are both working towards making recertification for internationally trained physicians less difficult and cost-prohibitive. However, many are underemployed. And, she comments, “the whole planning of health human resource allocation across Canada is not well coordinated.”

Shortages like these result in last-ditch efforts as happened in the wake of the H1N1 flu pandemic in 2009. In order to avoid criticism for inaction, the federal government sent body bags to rural native communities in lieu of medical assistance.

The doctor shortage, like so many problems facing Medicare, is not solely to blame for a body-bag-delivery health care system.The problems are multi-faceted.

If the government wants to reduce wait times, Medicare should cover alternative health care methods, says Rosenberg. “We keep bringing back patients because [doctors] want the money, but then it bogs the system down. Get [patients] out of the waiting room. Say you have someone with chronic back pain. Instead of bringing them in and medicating them, pass them along to a chiropractor or a naturopath.”

However, when patients ask that their test results be faxed to a naturopath or other health care practitioners, many doctors do it grudgingly, she says, and they charge you for the privilege.

While many would think doctors avoid alternative health care and are motivated to medicate by big pharmaceutical companies, Rosenberg clarifies they medicate to avoid accusations of malpractice.

These issues of entitlement to a free system where doctors are threatened with reports to the Royal College of Physicians—a monthly occurrence at Rosenberg’s busy downtown Toronto medical office—also play a role in the fear Canadians have about changing Medicare.

Medicare is “a political sacred cow,” says Dr. Doig. “Because it is a [fundamental social] value, it has become something that everyone’s afraid of tinkering with.”

Fear of change is yet another part of the puzzle in what’s left of Tommy Douglas’ original vision. “We haven’t lived up to [Medicare’s] potential,” says Dr. Doig.

In reference to the system, Dr. Wong-Rieger says, “It takes tragedies to get changes.”

The tragedy with Medicare lies in the external costs incurred for our “free” system: expensive medication, long wait times, and the absence of preventive health care.

According to a U.S. report from the National Library of Medicine, Economic Incentives for Preventive Health Care, if health care is to provide collaborative quality care, care management and effectively prevent and manage chronic disease, the system requires major re-engineering.

The report can be applied to Canada since few Canadian doctors deal with preventive medicine, says Rosenberg. And the Canadian Institute for Health Information reports 64 per cent of Canadians do not seek preventive health care.

In all examples cited in the report by the Library of Medicine, preventive health care addressed the gaps between the high cost of preventable disease and deaths and the actual prevention practices of health providers and consumers.

“We should be very much proactive in identifying patients ahead of time. Does this cost more? No,” Dr. Wong-Rieger says.

In Canada, the care system is just that—a system. “We expect you to adapt to the system, we don’t expect the system to adapt to you. Canada’s a great country in terms of the public services available, and yet we’re pretty stupid [about service delivery],” she criticizes.

The problems with health care lie with patient, doctor, and government—no one source is to blame.

As far as education goes, for Rosenberg, Dr. Doig and Dr. Wong-Rieger, diabetes, smoking and weight problems are the most prevalent preventable health issues facing Canadians.

Just under five per cent of Canadians have diabetes. Ninety per cent of those have Type 2 adulthood onset diabetes, which unfortunately is presenting more in children all the time.

As for smoking, smokers pay more for health insurance in the U.S. In terms of body mass index (BMI), all government employees in the state of Alabama who don’t live within their BMI have one year to get fit or start paying for their insurance—currently covered by the state.

These kinds of measures may not be far off. “The Canadian public is already paying more than half of their health care costs privately. [All that’s covered] are physician services and in-hospital services. Everything else that might be covered is at the discretion of the provincial government,” notes Dr. Doig.

For Dr. Wong-Rieger, solving any problem with Canada’s health care system is a full circle trip back to accountability. “I’m not up to the point where if you smoke I’m not going to take care of you. But, if you’re given good advice and you choose not to do it—is there not a point where [the patient has to take] responsibility?”

Nurse Rosenberg sees these kinds of problems every day. Recently, a 24-year old
man, over 300 pounds, came into her office on a scooter. He told the doctor he needed his disability forms signed. “He said, ‘I’m morbidly obese and I have depression. And I just wanted a few refills for morphine, Demerol, and Tylenol 3.’”

The doctor filled out the forms, “so he could charge OHIP $150,” but would not refill the prescription.

Without having any more interaction with the patient apart from a brief discussion, the doctor signed forms to ensure this man received a monthly government cheque, and potentially sent him on to another doctor to try and get medications clearly not used for depression.

Where does all of this leave Canadians? It leaves us asking what we are sacrificing for our political sacred cow. The answer: Perhaps we sacrifice our own health because we take it for granted that Medicare will always be there and always be “free.”

For Rosenberg, “If you can’t give good reason why you’re 100 pounds overweight, or if you keep getting Chlamydia, you should pay for it. You put yourself at risk, so why should we pay the consequences? That’s why the people who need an MRI really quickly don’t get it: because someone ate themselves into oblivion and is now diabetic sitting in the ER. It’s a shitty system.”

*In order to protect her identity, Kathleen’s name was changed.

This article has been nominated for a RNAO Award for Excellence in Health-Care Reporting.