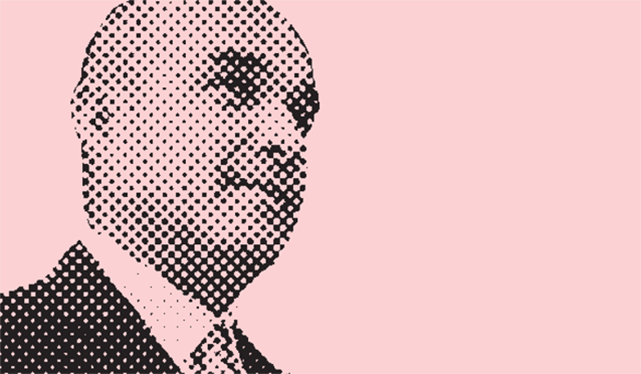 Mention “cleantech” and “Canada” in the same sentence and chances are investors in green innovation both domestically and abroad will think of Sustainable Development Technology Canada (SDTC).

The federally funded agency, established in 2001, has been at the heart of the country’s clean technology sector for the past decade. During that time – and over 22 funding rounds – it has awarded about $600 million in grants to nearly 250 cleantech projects, tackling everything from crop protection and clean transportation to experimental wind technology and nuclear fusion.

But that’s just scratching the surface. For every $1 SDTC commits, the recipient company has to raise another $2.20 from project consortium partners. This has resulted in another $1.6 billion of mostly private capital flowing to Canadian cleantech companies.

Total impact: $2.2 billion. That funding has helped carry cleantech ventures through the dreaded “valley of death,” an industry term referring to the challenge of bringing a new innovation to market at a time when a company is struggling with negative cash flow.

In recent years, the SDTC team has worked to make the agency more accessible. With every funding round it now travels across Canada, visiting a dozen cities over a three-week period and typically engaging 800 to 1,000 potential applicants. From that pool of innovation, up to 120 serious project pitches are submitted, at which point SDTC winnows them down to a short list of between 35 and 40.

It doesn’t stop there. Those three dozen or so lucky companies are invited to submit detailed project proposals, and once received, SDTC staff spend the next two months doing their due diligence. Roughly half of those projects are then selected for review by the agency’s investment committee, which has the task of picking up to 15 projects that will be offered funding. Over the past 10 years, SDTC has reviewed more than 2,400 pitches.

Complementing this process is a new virtual incubator program, started by the agency last year. “Over the years, we noticed that we were turning away companies that had a promising technology but were missing other vital components such as industry partners or business planning,” explains SDTC spokesman Patrice Breton. “Through the incubator we are working with companies earlier, introducing them to industry and financing partners. The incubator acts as a feeder to the application process.”

Up until early this year it was thought SDTC was on its last legs as a funder of new projects, as its pool of public money had nearly run dry. But in March the federal government re-funded the agency with $325 million and a new eight-year mandate.

That mandate included a much bigger push for commercialization of the technologies SDTC was funding. To that end, the government made the surprise announcement in June that Jim Balsillie, co-founder and a former chief executive of BlackBerry (Research In Motion), would be joining SDTC as its new chairman.

As a former technology reporter for two of Canada’s biggest newspapers, I have known Balsillie for more than a decade, both his hockey-loving philanthropic side and his driven, self-assured and headstrong approach to doing business side.

I watched him build Waterloo, Ontario-based BlackBerry from a company with a dozen employees into a global enterprise of 18,000 workers with a world-leading smart phone product used addictively by leaders of business and government, including President Barack Obama.

BlackBerry has since fallen from its high perch, and with that decline came Balsillie’s resignation from the company early last year. When it was revealed he was taking on the role of chairman at SDTC, it made some sense. He served as private sector representative on the United Nations’ High-Level Panel on Global Sustainability, and is founder of the Centre for International Governance Innovation, a Waterloo-based institute that considers “energy and environment” as one of its four key research mandates.

He’s concerned about humanity’s footprint on the planet, but he’s also interested in the technologies that will help shrink it. In 2010, while I was writing my book on clean energy innovation, Mad Like Tesla, Balsillie made time in his busy schedule to read an early draft and offer feedback.

Mind you, he still has a lot to learn about clean technology and SDTC. “I’ve been drinking from the fire hose,” he says of the past few months since his appointment. “I thought I knew what they were doing but realized they are doing much more.”

Corporate Knights had a chance to chat with Balsillie about his new position and what he has to offer:

CK: What attracted you to this position?

BALSILLIE: I value the mandate of SDTC. They’re crucial as a platform for supporting commercialization of Canadian sustainable technology. They have a very valuable and ambitious role to play. If it’s done right, they have an enormous potential for positive impact. Narrowing it more personally, it allows me to further my knowledge and networks after I served on the UN high-level panel for sustainability, so I’m keen on learning and leveraging what I’ve done.

CK: And does this drive your interest in clean technology itself?

BALSILLIE: I’ve always had a passion for transformative technology since a very young age. And I’ve always believed from the very early days of tech that it has the power to disrupt the status quo. That’s the stuff that intrigues me the most. As for the application to cleantech, that’s a rapidly emerging aspect of technology generally.

CK: There are pretty heavy issues we have to address right now as a species. What’s the biggest problem as you see it?

BALSILLIE: What interests me personally is our relationship with energy, domestically and globally. Energy consumption is just growing with GDP around the world. How do we grapple with the energy question, and the energy-natural capital scarcity nexus? Seeing the oil sands, you see a tremendous amount of innovativeness, a tremendous amount of energy resources ready to use, and you also realize that we live in a world where we have to ask, what is the carrying capacity of a planet and how do you manage this nexus? What’s the carrying capacity of carbon in the atmosphere and how does that complex system work? And what are the feedback loops? Nobody knows for sure. So I think the capacity of innovation to move us forward is a powerful part of the answer. Is it a complete answer? Probably not. There are aspects of policy that have to go with that.

CK: As a funding mechanism for advancing clean technology, what makes SDTC effective?

BALSILLIE: The focus of the organization is to be really engaged, flexible, adaptable and collaborative. Their critical role is to ensure cleantech is a commercial success in Canada. If you’re not fitting to the market you’re going to be sorry. So I think their focus is right. There’s no rigid dogma about them.

CK: Is their approach, and the core capacity they have built, something that could benefit other countries?

BALSILLIE: Absolutely. The team runs very well, so as far as extending this kind of approach globally for other countries to mimic, this is a pretty good model from what I can tell.

CK: You mentioned earlier that it’s pretty easy to get enthusiastic about the role of clean technology once you start reading through all the business plans that flow through SDTC. Does that create a sense of optimism for you?

BALSILLIE: Human beings need hope. It’s a precondition of thriving. We need hope and we need aspiration, whether it’s Elpis in Greek mythology or the second coming in Christian mythology. Hope is a precondition for cultural advancement. It propels us forward. So yes, it’s easy to get excited by these companies and easy to get optimistic, and I think that’s a very constructive aspect of the answer.

CK: What do you feel you can bring to SDTC to help it achieve its goals?

BALSILLIE: The number one issue for the sector, for companies, for the government, is commercialization and expanding globally. This has to be about jobs and sales. The part that I think I can help with is this whole aspect of supporting Canadian companies to scale up. Having done that (with BlackBerry) and gone around the world and seen the opportunities, that’s one particular reason they approached me. Really, tech is tech. Understanding the basic design aspects of a business and commercialization opportunities and engagement strategies, that’s where I can help.

CK: As a bit of a cleantech nerd myself, I’m somewhat envious that you get to see all of the business plans and project proposals that flow through SDTC.