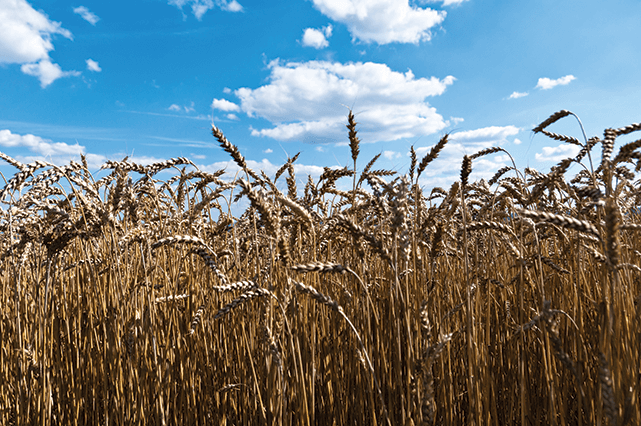 My entire career as a journalist has been spent writing about new innovations and technologies, from computing and networking, to the Internet and mobile communications – not to mention all of the business models they enable. Since 2005, clean technologies have increasingly fuelled my hope and imagination, which is why I always look forward to putting out this annual “cleantech” issue of Corporate Knights.

Yet there are so many barriers that prevent new, potentially world-changing innovations from becoming successful commercial products. As Rick Whittaker, vice-president of investments at Sustainable Development Technology Canada (SDTC), a federal agency that funds new cleantech innovations, once told me, “It’s a surprise some people ever start.”

So when I sat down last September with Jeff Golfman, president of Winnipeg-based Prairie Paper Ventures, I was predisposed to helping. Golfman has spent the past 15 years developing quality paper made from wheat straw (see page 55). His goal is to create an affordable product with very low environmental impact that is 100 per cent tree-free. It would complement existing recycled paper products on the market and help take pressure off the world’s old-growth forests.

So far, Prairie Paper has reached 80 per cent straw content in copy paper that began selling last year at Staples Canada and later through Staples USA. Now, the company wants to come to market with large-format paper that can be used for publishing books, reports and – that’s right – magazines.

If Golfman (whose business partner is actor Woody Harrelson) can build enough demand in North America, he can justify moving ahead with the straw pulp and paper mill he wants to build in Manitoba.

A big hurdle entrepreneurs face has to do with the unwillingness of prospective buyers to take a chance on a new technology or product that lacks a track record, no matter how impressive that product appears. The reason is understandable, as it’s difficult to say for sure if its use will void warranties, put existing equipment at risk, raise a red flag with insurers, or flop with customers. Sometimes, embracing something new requires a retooling of manufacturing systems or reworking of business processes.

That can be costly and risky, so for many the question asked is: If I don’t really have to do it, then why bother? Lacking customers willing to take even modest risks, a company has a difficult time establishing a track record. Without a track record, the risk is perceived to be greater. It’s a classic catch-22.

When Corporate Knights decided to partner up with Prairie Paper to produce this special edition, it was our intent to help build a track record for its large-format product, called Step Forward Professional Grade. We wanted to show others that there is no real risk to using this paper on conventional web roll or sheet-fed presses and other high-speed, mechanical equipment used in the commercial printing industry.

One worry about using straw as an ingredient in paper production is that it has shorter fibres compared to wood fibre. Generally speaking, the longer the fibres the greater the tensile strength of the paper. While not as much a concern for copy paper, it becomes a more important consideration when large rolls are run through high-speed presses. This puts a lot of stress on the paper, and if a roll tears midway during the printing process it can cause damage to expensive pieces of equipment.

It’s why commercial printers are cautious when it comes to using paper made from non-wood fibres. Indeed, Corporate Knights spent considerable time trying to find a printer that was comfortable enough with this project, and it wasn’t until we were introduced to David Podmayersky, sustainability director at New Jersey-based EarthColor, that we knew we’d found the right printing partner.

“I know we can make it happen,” was the comforting comment I frequently heard during my discussions with Podmayersky.

Other partners joined the effort. SDTC, an early funder of Prairie Paper, saw the value of this project immediately and was first to lend its support. So, too, did Staples Canada, which considered this a natural extension of its current sustainability initiatives.

The Globe and Mail, which has distributed Corporate Knights as an insert for more than a decade, was also keen to learn about this new folio. As Canada’s national newspaper, it is committed to making sustainable paper choices and as a partner it is helping to spread the word.

And providing us valuable guidance from the start has been Canopy, an environmental not-for-profit that has spent nearly a decade pushing corporations to adopt sustainable paper purchasing practices.

The result of our yearlong project is what most of you are holding in your hand. I say “most” because a good number will be reading the online or digital mobile version of this issue. You can’t get any greener than that. Still, paper use continues to grow worldwide so solutions are needed to address the problem of deforestation.

This special edition was printed on paper made from 60 per cent wheat straw waste. Thanks to EarthColor, the energy that went into printing this issue is carbon neutral and there are low or no volatile organic compounds in the inks we used.

It’s an experiment that needed to be done, and we believe this issue is a North American first of many more to come. We’re proud here at Corporate Knights to have played our part in making it happen