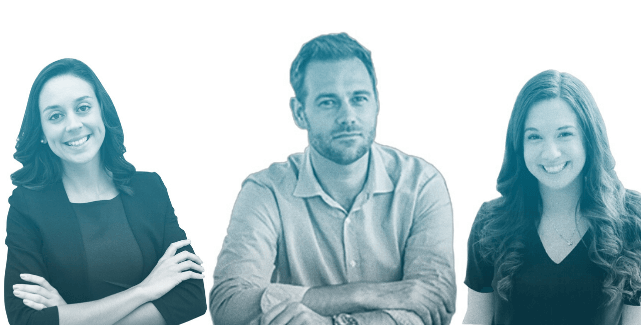 For three business school graduates, one common thread is a commitment to communities and clients. Here are their stories:

Cristine Sousa, with a strong family history of community engagement, arrived in Portugal in 2014 on a full scholarship for a master’s of international management at the Nova School of Business and Economics. The two-year program, including a six-month exchange at Erasmus University’s Rotterdam School of Management, is offered through Nova’s membership in a global alliance of business schools known as CEMS. For her degree, Sousa specialized in social enterprises.

“The social space was so untouched, and that was a space where I could really learn and grow,” says the 30-year-old Canada-Portugal dual citizen. “I kept saying to myself, ‘It is about time that business schools are offering such programs.’”

At Nova, Sousa joined New Generation Consulting, a CEMS-affiliated pro bono consulting organization that assigns virtual teams of students and alumni from alliance schools to consult for clients around the world. In one case, Sousa and her CEMS team advised Life Project 4 Youth, a charity in the Philippines that coaches low-income youth to become entrepreneurs. In a rare opportunity for an NGC participant, Sousa spent a year in the Philippines implementing her team’s recommendations.

Back in Toronto in 2017, she focused on social entrepreneurship, declining an invitation to resume her previous banking career. She joined Bmeaningful, a jobs board oriented to socially conscious employers, but recently embarked on a new venture. She’s building a digital platform for fundraising events that connect charities and small and medium-sized companies, the latter often overlooked for their corporate social responsibility potential.

She continues to volunteer for New Generation Consulting, serving as president until mid-2020. Over the past six years, the organization has worked with 40 clients on more than 60 projects around the world.

“I wanted to be part of something where I can really see the results,” she says. “[NGC] has given me such a sense of belonging and being part of something.” As president, Sousa says she wants “to maintain a sense of community” through a newsletter and other initiatives to strengthen links between alumni and clients.

For Jesse Moore, the realization that he could generate profits and deliver social impact came to him in his early 20s. Then working for CARE Canada, the global anti-poverty organization, he helped found a business unit that invests in low-income entrepreneurs.

Founded in 2012 by Moore and two others, the Nairobi-based company has sold more than 750,000 off-the-grid solar systems to low-income customers in five African countries as a cheaper, safer alternative to kerosene. Customers use mobile phones to buy power in installments – 50 cents to one dollar at a time – which translates into $650 in a household’s savings over five years, according to M-KOPA (M for mobile, KOPA for borrowed in Swahili). Over time, customers own their solar system and, with good credit scores, can upgrade to buy more power or purchase a fridge or television.

“We are not a solar company; we are more of an asset-financing platform where solar happens to be a really big need,” says Moore, whose enterprise operates with a staff of 900 employees and more than 2,200 sales agents.

M-KOPA has garnered multiple awards, including a Fortune magazine top-50 list of companies changing the world.

In 2006, Toronto-born Moore won a Skoll Foundation full scholarship to Oxford University’s Saïd Business School for a one-year master’s of business administration. The degree, he says, “gave me a foundation and an ability to be much more confident about the business world.”

After graduation, he worked at Vodafone UK, where he met one of his co-founders, Nick Hughes, currently strategy director for M-KOPA. Chad Larson, the third co-founder and an Oxford Saïd graduate, is the company’s finance director.

Moore advises those seeking to do good and do well to take risks, focus on solving someone’s problem and stay close to the customer.

At M-KOPA, he says, “we will be continuing to improve the offering of different products that can empower low-income consumers in emerging markets.”

When Emily Bland talks about food insecurity, she cites two numbers. One is a United Nations estimate of a 70% rise in food production required by 2050 to feed the world’s growing population. The other relates to her home province of Newfoundland and Labrador, where only 10% of fresh produce is locally grown, down from 95% 60 years ago.

Bland is doing something about it. At 25, she’s the chief executive of SucSeed Social Enterprises, which assembles low-cost (about $400) hydroponic kits for residents in rural and remote communities to grow leafy greens and for school children to learn about food security and healthy eating.

“Food security has always been close to my heart,” says Bland, the “Seed-EO” of a company that has sold more than 1,500 kits in Canada and generated more than $500,000 in sales over the past two years. “I believe in my gut that SucSeed is a big part of what we need in Atlantic Canada to create food sustainability and to empower the next generation.”

SucSeed put down roots in 2016 when Bland and students at Memorial University’s Faculty of Business Administration dreamed up the project for their campus chapter of Enactus, a global network of social entrepreneurs. Homeless youth in

Bland credits Enactus – and supportive professors– for stoking her appetite for social entrepreneurship. “You are empowering young people in their late teens and early 20s to see that they can actually make a difference in the world,” she says.

After graduating in 2017, she turned down a full-time job with a national accounting firm to run SucSeed. Now Bland and her four-person company are exploring new markets, especially young elementary school students in Canada and the United States. “We are empowering the next generation to take control of their food security,” she says.