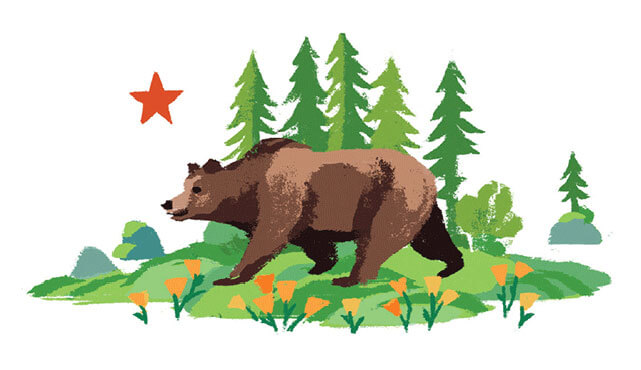 With economic clout that rivals Russia and an environmental track record that few can match, California is unique in its ability to green the world beyond its own borders.

It pays to start early. That’s the lesson California has taught the rest of America on the issues of environment and clean energy. The Golden State has consistently exceeded federal environmental standards since the 1940s. In 1947, for example, it established the first air pollution control districts in the United States.

Getting a head start has its advantages. Back then, such policies were less politicized, and once in place, they built momentum that other states have since had difficulty replicating.

The results are indisputable. California’s electricity use per capita is the lowest in the country and, after adopting the greenest building codes of any state, its performance is expected only to improve. It has relentlessly pushed fellow U.S. states and the federal government to tighten CO2 emission standards, and has become a national hub of clean technology research and investment.

The importance of this cannot be understated. California, with a GDP of $2.25 trillion (Canadian), is not just America’s largest state economy – 43 per cent larger than second-place Texas – but also the world’s ninth-largest economy with a GDP rivalling that of Russia.

“California’s example shows how public intervention and private initiative can, at a sub-national level of government, push forward the agenda on green growth,” according to a 2012 report from the World Bank. “The state has lifted up the environmental standards of the entire U.S. and even other countries that want to do business in this most populous and wealthy part of the U.S.”

So it makes absolute sense that Corporate Knights would rank California as 2014’s greenest state. With more than half of its municipal solid waste avoiding landfills, California is the top waste diverter in the country. It also ranked in the Top 5 for being economically efficient with energy use and for releasing the least amount of greenhouse gas emissions and air pollution per unit of economic activity.

According to the California Air Resources Board, air pollutants that cause smog have been cut by more than half over the past two decades even as the state’s population grew. And California is committed through its Global Warming Solutions Act to reduce greenhouse gas emissions to 1990 levels by 2020 and 80 per cent below those levels by 2050.

Helping it to achieve that goal is a mandate to get 33 per cent of its electricity from renewable resources by 2020. “If the rest of the United States had done what California has over the past 40 years, the world might be well on the way to slowing climate change,” wrote journalist Mark Hertsgaard in Yale University’s online magazine Environment 360.

As California’s electricity mix gets cleaner, so too do the electric vehicles plugging into its grid. The home of Tesla Motors, California has become the centre of America’s electric vehicle boom, having one of the highest densities of EV charging stations in the nation. Only Oregon, Washington, Hawaii and District of Columbia have higher concentrations per capita. Despite strong resistance from automakers, new rules require that 15 per cent of vehicles sold in California by 2025 be classified as “zero emission.”

States ranked by Corporate Knights had a chance to earn up to 10 bonus points to help boost their final score. On that front, California got an impressive nine out of 10 for having green policies such as a renewable portfolio standard, a cap-and-trade program, an e-waste recycling law and mandatory building energy reporting.

Its weak points have to do with household waste production and water use. While tops at diverting waste from landfills, California is the ninth biggest producer of municipal solid waste per capita. It also has the 15th highest per-capita domestic use of water.

On water, the fact that California is experiencing one of its worst droughts on record – a dry spell some studies have directly linked to climate change – means the state will have to do better. Already struggling with an increase in forest fire activity in recent years, the hot, dry weather and chronic lack of rain promises to make this season even more volatile, authorities are saying.

The situation, in turn, could lead to an increase in air pollution. An April report from the California Air Pollution Control Officers’ Association warned that increased smoke from wildfires and smog from the rising number of extreme heat days could erase decades of air quality improvements.

It’s a discouraging reminder that local actions, while demonstrating leadership that others should follow, can’t shield from the impacts of a global problem.

Severin Borenstein, director of the UC Energy Institute at University of California, Berkeley, says it may be time for the state to reposition its climate strategy. Rather than just focus on its own emissions, it needs to put more resources into helping others reduce emissions.

“The primary goal of California climate policy should be to invent and develop the technologies that can replace fossil fuels, allowing the poorer nations of the world – where most of the world’s population lives – to achieve low-carbon economic growth,” Borenstein wrote on his blog in April.

“If we can do that, we can avert the fundamental risk of climate change. If we don’t do that, reducing California’s carbon footprint won’t matter.