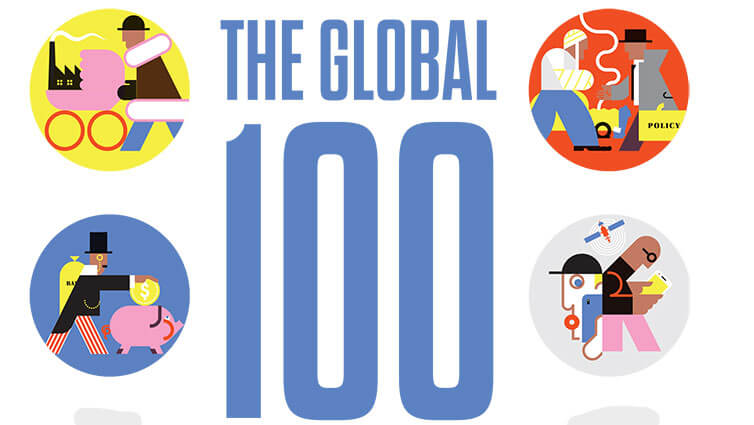 A sombre mood descended on the COP22 climate change conference in Marrakech in mid-November, as the prospect of a hostile Trump administration began to dawn on attendees. But within the week, over 360 companies and investors made clear the position of the U.S. business community with a joint letter to the U.S. president-elect, members of Congress and global leaders: “We, the undersigned members in the business and investor community of the United States, reaffirm our deep commitment to addressing climate change through the implementation of the historic Paris climate agreement.”

The disparate group, which included DuPont, General Mills, Hewlett Packard and Nike, called on U.S. legislators to continue on the low-carbon path established in recent years, invest in solutions both at home and abroad, and remain in the Paris Agreement. Several weeks later, a group of over 100 prominent Canadian business and civil society leaders called on provincial and federal leaders to take bold action on clean growth and climate change.

It’s time to dismiss simplistic narratives about the private sector standing in the way of a more sustainable future. Civil society, governments and the private sector all have a pivotal part to play in the decades to come, and each will need to reinforce and cajole the other. Plenty of corporate climate laggards continue to exist, but their voices are beginning to be eclipsed by the likes of Hewlett Packard’s chief sustainability officer, Lara Birkes. “The Paris Agreement was a vital step forward, but its power is in our collective action,” said Birkes in a statement alongside the open letter. “Business and government leaders must urgently work together to drive a thriving, low-carbon economy.”

Corporate Knights will continue to draw attention to these leading companies through its annual Global 100 Most Sustainable Corporations ranking, now in its 13th year. German industrial conglomerate Siemens emerged as the top company in our 2017 edition, powered by its growing renewable energy operations and ambitious plan to achieve carbon neutrality by 2030 (see here for more).

Second on the list was Norwegian pension and insurance company Storebrand, known for its aggressive focus on sustainable investing. All of its funds are scored according to an internal sustainability ranking, while the “Storebrand Standard” screens out companies with poor environmental records, a history of human rights violations or corruption charges, the production of tobacco or weapons, and those with a low sustainability rating within its high-risk industry. In third place is Cisco, the U.S.-based technology firm increasingly focused on providing smart city and energy management IT solutions to governments and companies alike.

Almost 20 per cent of firms hailed from the U.S. this year, followed by 12 French corporations and 11 from the U.K. “Strong French performance is likely due to a combination of stringent sustainability reporting requirements under the Grenelle laws, combined with a €450,000 cap on executive pay at state-owned companies,” explained Corporate Knights’ director of research, Michael Yow.

The turnover rate for the list itself increased from 25 per cent in 2016 to 34 per cent, likely due to several changes to the methodology. Corporate Knights had maintained 12 key performance indicators for a number of years due, in part, to how widely disclosed these data points were on a global scale. Additional metrics were not adopted because of the limited value provided by assessing companies on a metric that isn’t available for the majority of companies in the research universe.

With sustainability disclosure practices (slowly) improving, Corporate Knights was able to add two new metrics to the ranking methodology this year: the supplier score and the clean air productivity score.