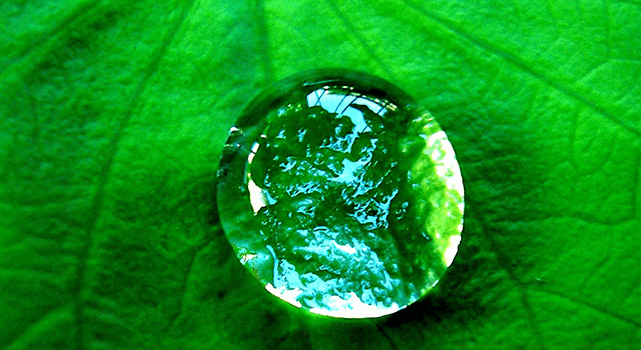 Human beings have a predilection for measurement, and throughout our history we have shown great aptitude for pushing out the boundaries of what can be measured. In fields as varied as human genetics, sports research and economics, new measurement tools have greatly improved our understanding of the world, and allowed us to break apart and analyze topics that were once unassailably knotted.

And so it is with corporate sustainability, a topic that Corporate Knights has been thinking about and measuring since 2005, when the first iteration of the Global 100 Most Sustainable Corporations ranking was released.

The Global 100 is not the only analytical framework for measuring corporate sustainability, but few can match its longevity, its commitment to transparency, or the credibility that it holds in both the sustainability and investment worlds.

The notion of measuring corporate sustainability is inherently challenging, but the intellectual and financial importance of carrying out this assignment has never been higher. While forecasts of any sort should be discounted with an appropriate degree of skepticism, one does not have to be a prophet of doom to recognize there are a great number of complex, systemic challenges on the horizon that businesses, governments and communities will have to manage. These include climate change, resource depletion, urbanization, population growth and rising fossil fuel prices.

Projects such as the Global 100, driven by company performance on a series of specialized environmental, social and governance metrics, provide first-level insight into how companies are exposed to these sorts of events.

As has been written about extensively by Corporate Knights, the Global 100 is, above all, an exercise in data. Companies are scored and ranked based on their performance on a suite of 12 metrics, each of which is quantitative in nature. Examples include a company’s revenue divided by its energy use, the total remuneration of a company’s CEO compared to the average salary across its workforce, or a company’s lost-time injury rate.

As might be expected, the methodology behind the Global 100 has evolved over the last 10 years. The reporting practices of the world’s publicly traded companies have changed dramatically since 2005, and the Global 100 has had to keep pace. For instance, an 11th indicator, Employee Turnover, was added in 2011, and a 12th, Pension Fund Status, in 2012. Other indicators, such as Leadership Diversity, have been refined over the years.

Despite this evolution, the singular objective of the Global 100 has remained constant – to identify the 100 most sustainable corporations on Earth.

Which brings us to the Class of 2014. Based on its strong across-the-board sustainability performance, Westpac Banking came out in top position. Headquartered in Sydney, Australia, Westpac is one of the largest banks in Australasia, with annual revenues of $42 billion and over 36,000 employees.

The Top 5 were rounded out by Biogen Idec, the U.S.-based biotech firm; Outotec, a Finnish mining technology and capital goods company; Norwegian oil giant Statoil; and Dassault Systemes, a French company that specializes in the production of 3D design software. The geographic and sector diversity of the Top 5 is a clear sign that the drive to do business more sustainably is not specific to particular regions or industries. It’s a global, multi-sector response to global challenges with economy-wide impacts.

What makes this latest distribution interesting is that the U.S. and Canada significantly outperformed – or out-represented – a large number of sustainability heavyweights, including the United Kingdom (8), Germany (7), Sweden (5) and Denmark (1). There’s no indication that U.S. or Canadian companies benefited from any specific government policies, which shows that companies can (and do) push for sustainability excellence in the absence of policy incentives.

Corporate sustainability will always be a challenging concept to measure, and management teams will commit to improving corporate sustainability performance for many different reasons, including hard ones (reduced costs or higher revenues) and soft ones (improved brand and corporate reputation). But we can be sure that over time, with access to more and better data, we will come closer to identifying what it means to operate as a sustainable business.