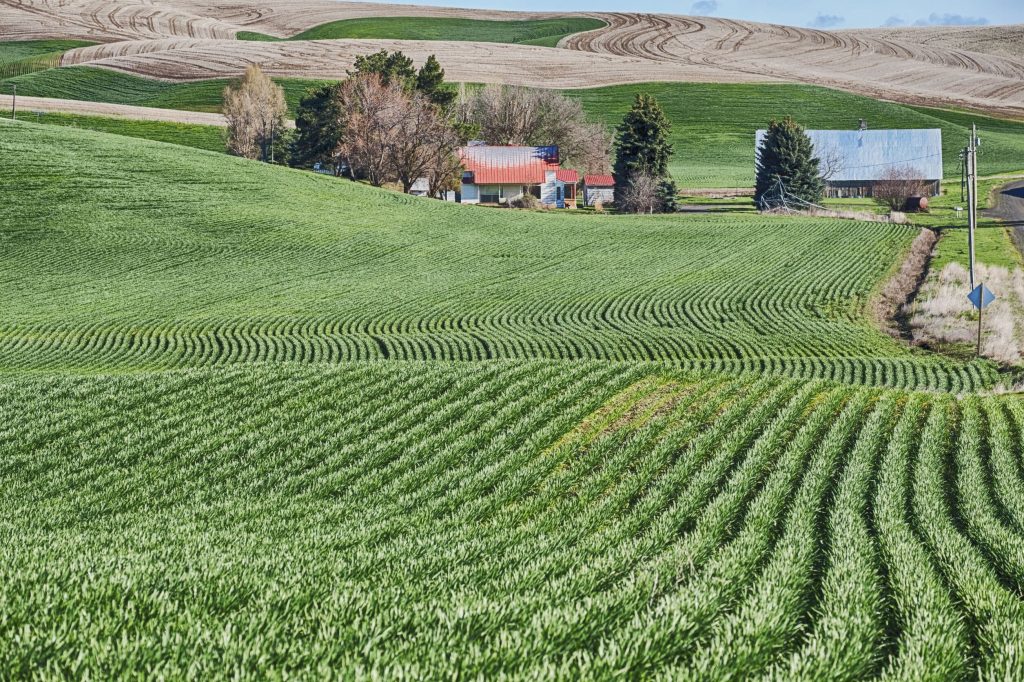 Like everybody else, farmers talk a lot about the weather without doing much of anything about it – likely because there’s not much they can do.

But after a decade of wild swings in weather patterns, crop prices and farm debt levels, some Canadian farmers are starting to look at ways they can do something about the climate while improving their farm business.

On February 11, Agriculture Day, a group of these farmers, backed by the National Farmers Union, Canadian Organic Growers and several food-related environmental groups, announced the formation of Farmers for Climate Solutions.

They own up to the fact that agriculture is a significant cause of global warming. They also insist farming can help solve the problem. “Canada can’t get to net-zero without farmers pitching in,” says Gillian Flies. She co-owns The New Farm in Creemore, Ontario, and represents Canadian Organic Growers on the new climate action group.

“Canada can’t grow enough trees to store enough carbon to get to net-zero by 2050,” Flies says. “We also need farmers who can store carbon in the soil, where it will create healthier crops and more resilience in case of drought or storms.”

As well as rebuilding their soil, some members of the new coalition say they can cut their on-farm fossil fuel use in half by 2050. The combination of energy conservation and carbon storage could make farmers a major contingent in the green business community of 2050.

Though the new coalition is anything but cash-rich, Flies is looking for help from the federal government’s Canadian Agricultural Partnership, which has a $3 billion budget to partner with farmers and communities to boost agricultural competitiveness, prosperity and sustainability.

Supporting Flies’s optimism is none other than the UN’s normally gloomy Intergovernmental Panel on Climate Change (IPCC), which published a report called Climate Change and Land in August.

Agriculture on its own is commonly held responsible for 13% of all emissions – mostly from methane gas and nitrous oxides from overuse of nitrogen fertilizers and animal manure stored in lagoons by factory farms. On a more upbeat note, the IPCC identifies sustainable land management as a positive force that can lock carbon in plants and soil, not the atmosphere. Farmers can plant more tree crops, reduce their tillage, keep their lands covered instead of bare during the winter, and feed livestock on wild and perennial deeply rooted grasses, the IPCC notes.

If such practices were applied to degraded or eroded soil – about half the food-producing lands on the planet – the IPCC suggests that farmers might store or sequester almost as much carbon in the soil as they release to the atmosphere.

“Canada can’t get to net-zero without farmers pitching in.”

The optimism that buoys Flies and Farmers for Climate Solutions also draws on a November 2019 report for the National Farmers Union (NFU) by energy and agriculture expert Darrin Qualman, author of Civilization Critical: Energy, Food, Nature, and the Future.

A Saskatchewan farmboy who’s a former researcher for the NFU, Qualman was asked to present a think piece to the NFU conference in November. The report, Tackling the Farm Crisis and the Climate Crisis, has not been officially adopted by the NFU, traditionally Canada’s scrappiest voice for farmers, but is presented by NFU leaders as “the beginning of a conversation on the links between the farm crisis and the climate crisis,” Qualman says.

He says we shouldn’t blame agriculture for increased emissions; instead, blame what he calls “petro-industrial inputs.”

In the NFU report, Qualman links both crises to the push for farm exports that the federal government has put on steroids since 1990. To gird themselves for mass exports, Canadian farmers upped their intake of fertilizers and loaded up on debt to buy heavy machinery. As inputs went up, emissions went up in lockstep, Qualman argues.

Use of nitrogen fertilizers (made primarily from natural gas) doubled, leading to a major rise in nitrous oxides, some 300 times more powerful in their global warming impact than carbon dioxide. Overall global warming emissions from agriculture went up 20% in that time period. All the while, farm debt load grew, doubling since the turn of the century and reaching $106 billion in 2018.

On the positive side, Qualman also believes that farmers can protect both the climate and their family farms by moving away from high-petrol inputs. By cutting back on inputs, they will dramatically cut down their costs and keep more of the money that people spend on food. At present, farmers keep only five cents of every dollar of food sales. They need to adopt a more-from-less approach – higher margins on less volume.

The NFU report contains a catalogue of “on-farm measures and government policies that can, as a package, reduce GHG emissions from Canadian farms by approximately 30% by 2030 and perhaps by 50% by 2050.” It lays out three ways farmers can cut costs and global warming emissions:

First, farmers can reduce their emissions from energy use through changes such as switching to electric cars and tractors and increasing their use of solar and wind power.

Second, farmers can reduce their use of nitrogen fertilizers by using “green manure” (cover crops rich in nitrogen), rotating perennial crops and implementing other sustainable techniques.

Third, farmers and ranchers can mitigate the global warming impacts of livestock through various methods. They can reduce the absolute number of cattle and dairy cows they raise, although Qualman cautions that there are important carbon-storing benefits to raising cows and steers mainly on pasture and leaving their manure on the land, where it adds soil fertility – particularly in areas that are too rocky to support crops. The global warming impact of ruminant emissions could be offset or countered by solar panels and trees dispersed through the fields and by carbon stored in the soil covered by pasture. Such strategies are commonly called low-input sustainable agriculture.

All three energy conservation strategies are a bold departure for protest groups, which normally protest governments’ failures to take action. Here they are calling for farmers and ranchers to act, and for governments to support and enable that grassroots action.

This is where the story circles back to organic farmer Gillian Flies’s hopes for the Canadian Agricultural Partnership (CAP).

Flies hopes CAP will give a hearing to farmers keen on making their farms more sustainable. She worries that too many of the grants require the farmers to pay 50%, which is often not an option, given that the great majority of farmers are losing money.

Flies also worries that the CAP program is too tied to boosting exports and isn’t looking for the multiple benefits that climate-friendly agriculture can bring. When farmers plant more trees on their land, those trees provide shade for animals, raise nutrients from deep in the ground, protect soil from erosion during heavy rain and strong wind, and also store carbon in their trunks and branches.

All such benefits are public goods that can create as much value for Canadians as the sale of hogs to China. “The government is missing an opportunity to work with us to solve multiple problems,” says Flies.

Whatever the government decides in the near future, University of Toronto geographer Bryan Dale thinks the NFU report and the Farmers for Climate Solutions initiative are “a positive and deliberate provocation to get a new conversation going.”

Dale, who completed his PhD on farming and global warming in Canada in 2019, likes the way both groups talk about all the benefits that good farming can produce, from more nutritious food to safer habitats for pollinators, to cleaner water, to reduction of greenhouse gases. In these “post-political times,” Dale worries, too many discussions zero in on one bad factor, such as carbon, that can lead to a quick technical fix. “We need to open up a broader discussion,” he says, “maybe even talk about a Green New Deal for food and agriculture,” as is being discussed south of the border.

Qualman hopes his report “will start a heck of a conversation. Farmers are paying attention because they know that either they come up with good solutions or someone else will impose solutions on them. If farmers don’t lead, bureaucrats will.”