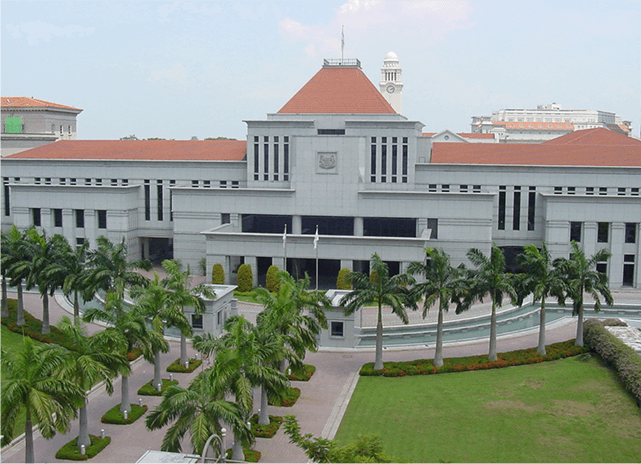 Singapore’s parliament unanimously passed a bill in August that will make it a criminal offence for companies to pollute its air, even if the company operates in a different country.

The Transboundary Haze Pollution Bill will also make it possible for individuals and businesses to sue companies operating outside the country for the physical and financial suffering that they endured from the air pollution.

The bill is a response to the disturbingly rapid destruction of Indonesia’s tropical forests. While companies are burning trees to make way for the palm oil industry, neighbouring Singapore is stuck under a thick haze, which culminated in the worst day of air pollution on record last year.

“We have sent a message to all companies that if you harm the environment and damage the health of our people, we will find ways to hold you accountable for that,” said Vivian Balakrishnan, environment minister for Singapore, who is behind the bill.

In an interview with Corporate Knights, Balakrishnan said the bill addresses a predicament that all cities face: “You can try to be the cleanest, greenest place in the world, but your neighbours have to have similar standards.”

While he acknowledged the bill is only effective to the extent that all countries in the region collaborate on surveying companies’ actions and holding them accountable, Balakrishnan said the government is steadfast in its commitment to defending its air quality.

It’s an example of leadership that put Singapore at the top of Corporate Knights’ Sustainable Asia Scorecard.

Singapore scored top marks for the way it conducts its economic activity in light of the rising costs of water resources, which is notable in a country where water has long been an existential issue.

Singapore started to focus on water as a key growth sector in 2006 to end its reliance on imports from Malaysia. It has since committed $470 million to promote research and development in the water sector and now generates half of its water supply internally thanks to purification and desalination projects.

The country also led the ranking on our natural resource depletion indicator, which looks at the extent to which consumption of resources is sustainable at current economic activity levels.

This is quite an achievement, considering Singapore is almost completely devoid of resources. “We have no oil, no gas. We import our water, everything we eat, the clothes we wear, everything we consume,” said Balakrishnan. This has created a culture where there is no room for waste.

The country also beat out its opponents on human development indicators, such as justice, regulatory quality, gender equality and transparency, as well as on account balance, which measures the extent to which the country can fund continued economic activity.

Balakrishnan attributed Singapore’s successful greening to three things. While its lack of space and resources seem to be stacked against it, the country is at an advantage because it is simply too small to tolerate pollution from the dumping of toxic materials, he said.

Second, the government understood early on that a densely populated city-state made out of concrete would have a negative psychological impact on its citizens. For the sake of everyone’s mental health, the government worked with homeowners to build a garden city that would soften the experience of living in close quarters.

Finally, the country’s complete lack of subsidies for food, water, electricity and energy means that citizens have a monetary incentive to think twice about how they use resources.

While some residents may be willing to pay the extra price to live in a sustainable city, it is worth noting that Singapore has the second-largest gap between the rich and the poor out of the Top 10 countries ranked, second only to Hong Kong. This means the garden city-state has a long way to go in terms of giving its citizens fair access to its limited resources.

But in Balakrishnan’s view, there is synergy between a healthy environment and a strong economy. Future economies will depend on ideas, and the most sustainable cities will attract the most talented residents. He said cities that have the technology and knowledge to deal with the future challenges of climate change, such as increased global epidemics and scarce resources, will have an advantage in the global market.

He pointed to Singaporean water companies as an example of an industry that is turning this challenge into a global opportunity. Based on their track record at home, these homegrown companies can now say to the world: “Take a look at what we have done. You know we can deliver.”