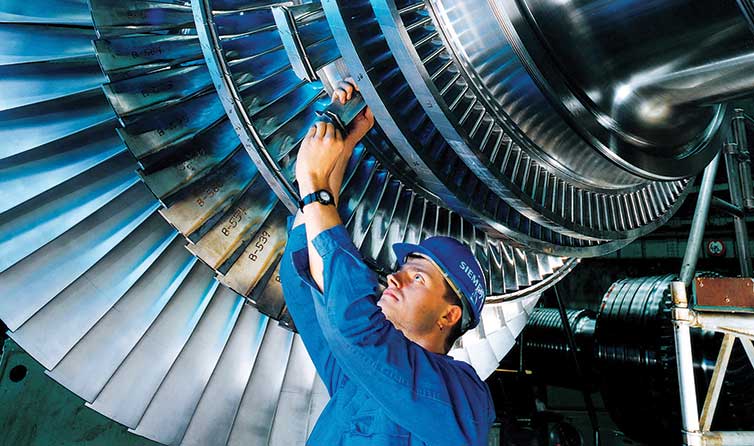 Over the past six years, and growing dramatically in the period leading up to and after the Paris COP21 and Marrakech COP22 conferences, a movement of institutional and individual investors representing more than $5 trillion in assets under management have divested a portion of their fossil fuel investments and committed to divesting the balance in the next five years. The corollary of divesting fossil fuels is reinvesting in the clean energy future.

As an invitation to a larger discussion of how we can invest in a clean energy future, Corporate Knights and sustainability non-profit As We Sow created the Carbon Clean 200 – a list of the 200 largest companies worldwide ranked by their total clean energy revenues.

The Clean200 is intended as the clean energy inverse of the Carbon Underground 200. Where the Carbon Underground 200 ranks the largest publicly listed companies by the carbon intensity of their coal, oil and gas reserves, the Clean200 ranks the largest publicly listed companies by their total clean energy revenues, with a few additional screens to help ensure the companies are indeed building the infrastructure and services needed for what environmental thinker Lester Brown and many others have called “The Great Energy Transition” in a just and equitable way.

On the risk side, divesting is about not getting stuck holding stranded fossil fuel assets that cannot be burned if the world is to adhere to a given carbon budget – a topic on which Mark Carney, governor of the Bank of England, has expressed concerns in a landmark speech to global insurer Lloyd’s of London. On the opportunity side, investing in the transition from a high-carbon to a low-carbon economy represents “the largest economic opportunity of the 21st century,” according to John Doerr, a major venture capitalist at Kleiner Perkins Caufield & Byers in Silicon Valley. It might seem counterintuitive for an investor to sell their fossil fuel stocks when most people are still driving internal combustion cars and burning fossil fuels every day. However, the point and the power dynamic of investing is that, as an investor, you have the power to bet and capitalize on the creation of the world you want to see. If you are wrong, you will lose money. If you are right, you will profit from and add momentum to the change you believe in.

While many mission-driven investors believe that the arc of history bends towards justice – that companies which create positive rather than negative externalities will prevail – in the case of climate-friendly investing, it may actually be true. Many investors have learned this the hard way. Indeed, in a world of limited capital, every investment holds opportunity cost. When people vote with their investment dollars in favour of clean energy over dirty, it sends a message as powerful as any ballot box that the time has come to stop using the atmosphere as a free dumping ground.

Take coal, which accounts for over 40 per cent of global greenhouse gas emissions. The industry is declining rapidly in value, especially in the United States. Peabody Energy, the largest private-sector coal company in the world, filed for Chapter 11 bankruptcy protection last April, following Arch Coal and Alpha Natural Resources. The Dow Jones Coal Index has dropped more than 75 per cent over the past five years.

Oil companies are facing similar problems. Fifty-two have filed for bankruptcy since 2015, and over a third of the world’s biggest oil and gas companies have crushing debt loads (over $150 billion) and cash flows depressed by low oil prices, according to the Deloitte Center for Energy Solutions and a recent study by As You Sow. According to an Institute for Energy Economics and Financial Analysis report, “ExxonMobil has experienced a 45 per cent drop in company revenue over the past five years, a growing reliance on long-term debt to cover shareholder dividend payments, and declines in capital expenditures, end-of-year cash balances, and free cash flow – all signs of significant deterioration. ExxonMobil’s stock performance in the meantime has trailed the S&P 500 for 10 quarters in a row.”

Major investment indices are now only half as exposed to the fossil fuel sector (1.5 per cent to coal, 7 per cent to oil and gas) as they were five years ago. This is not due to any active decision to divest, but rather because fossil fuel stocks have lagged while other sectors have produced healthy returns.

While fossil fuel stock performance stagnates, clean energy is taking off. The world is currently adding twice as much clean power capacity as coal, oil and gas combined, according to Bloomberg New Energy Finance (BNEF). Wind’s market share of power generation has doubled four times in the past 15 years, and solar has doubled seven times. It’s also getting cheaper to make power from wind and solar, thanks to technology, better financing and economies of scale. Increased demand for a technology generally reduces prices, whereas increased demand for a commodity increases prices. This basic calculus has driven the price of a renewable kilowatt of energy ever downward, making the choice of energy an economic one. Companies which make a significant amount of their revenue from environmental solutions now make up five per cent of global investment indices; the Clean200 list of companies has a collective value over $1 trillion.

In the next 10 years, McKinsey & Co. expects oil demand growth to flatten due to growing fuel efficiencies and competitive technologies such as the electric car. Battery prices fell 35 per cent in 2015, and electric car sales rose by 60 per cent. By 2022, BNEF estimates electric vehicles will cost the same as their internal combustion counterparts, and if growth continues at the current pace, oil displacement by electric cars will reach two million barrels per day by 2023 – the size of the current oil glut and enough to drive global oil prices to record lows. Factoring in autonomous cars and ride-sharing services, electric cars could reach 50 per cent of new car sales by 2040, according to BNEF – 50 times higher than what OPEC is projecting.

While the rhetoric and some of the cabinet appointments of the current White House seem incongruent with the above points, global growth is now being driven by emerging economies, which account for 80 per cent of economic growth. This was one of the points made by Chinese President Xi Jinping in his keynote address and coming out party as emerging superpower this January at the World Economic Forum in Davos. While not widely picked up in press reports, Xi also made a point emphasizing “Our efforts to pursue green development are paying off.” Indeed they are. Among the 2017 Clean200 companies, Greater China takes the crown, with 71 companies versus 41 from the U.S., despite the U.S. stock market being more than twice the size of Greater China’s.

Being on the vanguard of the clean energy transition is at once an economic, political (cleaner air) and geopolitical imperative as it relates to China’s role as a leading nation in the 21st century. This point is emphasized by how China’s dominance in renewables is rapidly spreading overseas, with the country accelerating its foreign investment in renewable energy and supporting technologies.

The clean energy “space race” is on. It remains to be seen which country and which investors will prosper from it.

None of this portends an imminent conclusion to our fossil fuel age, but it does suggest an end to fossil fuels as a long-term growth market and the beginning of a long-run expansion of clean energy demand.

The Clean200: The world’s biggest 200 public companies ranked by green energy revenues was first published on August 15, 2016, by Corporate Knights and As You Sow; the current 2017 version was updated with data through the end of 2016.

The Clean200 companies are listed by their estimated green revenues in U.S. dollars. The dataset is developed by multiplying a company’s most recent year-end revenues by its BNEF New Energy Exposure Rating mid-point. In cases where companies disclosed their clean energy revenues, this number was verified to ensure consistency and, in some cases, used to override the BNEF data.

To be eligible, a company must have a market capitalization greater than $1 billion (end of Q4 2016) and earn more than 10 per cent of total revenues from new energy sources (which include renewables, energy efficiency and electric cars). The Clean200 list uses negative screens. It excludes all oil and gas companies and utilities that generate less than 50 per cent of their power from green sources, as well as the top 100 coal companies measured by reserves and the top 100 weapons producers along with laggards on tropical deforestation, child or forced labour and companies that engage in negative climate lobbying.