By Adria Vasil & Erin Gardhouse
Posted November 9, 2020
Even in the midst of the pandemic, young people are leading the push to better the world 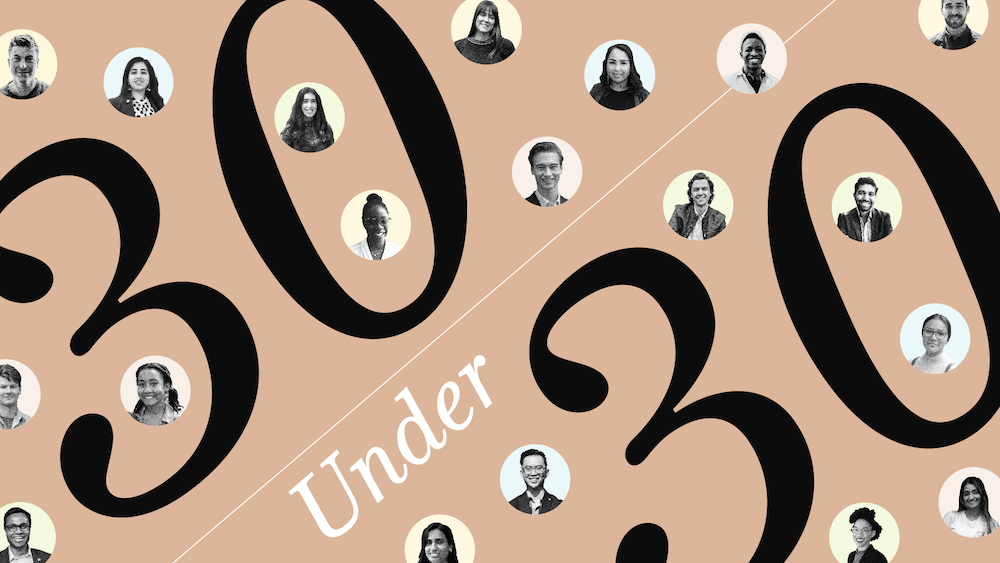 As COVID-19 swept the globe, #climatestrike marches were cancelled, bans on single-use plastic were put on hold, along with, well, everything. The pandemic also brought into sharp focus widening societal divides, with youth, women, and racialized and marginalized communities feeling the brunt of the economic fallout. During the first wave of the pandemic, nearly one in four Canadians under the age of 30 were NEET – not in employment, education or training – according to Statistics Canada. Polling from TD Bank shows that BIPOC (Black, Indigenous and people of colour) youth were hardest hit.

A recent Morgan Stanley study calculated that meeting the Paris Agreement’s goal of curbing global warming by 2050 will require an investment of US$50 trillion in five areas of technology: renewable energy, electric vehicles, carbon capture, biofuels and hydrogen power.

It’s a daunting number. But decision makers in business and government are slowly realizing that the cost of inaction is even greater.

The latest converts: the International Chamber of Commerce (ICC), a Paris-based institution that has spent more than a century lobbying for free trade and regulatory transparency. In a Dec. 5 letter to the world’s finance ministers, ICC Secretary General John W.H. Denton pushed for concerted policy actions “in support of sustainable development and bold climate action.”

By Adria Vasil & Erin Gardhouse
Posted November 7, 2019
From climate advocates to zero-waste social entrepreneurs, this year’s winners are fighting for a greener future for all 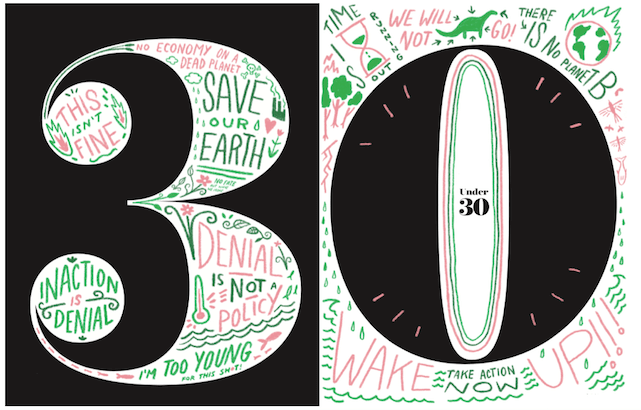 As world leaders descended upon New York City for the UN Climate Action Summit in September, millions of young people gathered in more than 200 countries on seven continents to make their voices heard. They walked out of their classrooms, their workplaces and their homes to join a 16-year-old Swedish girl in demanding that the climate crisis be treated like the emergency it is.

It’s been just over a year since Greta Thunberg felt compelled to take time off school every Friday to demand more from those in the halls of power. Twelve months later, she may be the highest-profile sustainability leader under 30 (having graced the covers of Time, GQ and Teen Vogue), but she is far from alone in her leadership. Young people are rising.

By Adria Vasil & Erin Gardhouse and CK Staff
Posted October 30, 2017
A look at which universities across the country are leading the way on campus sustainability

The University of Calgary was ranked as the nation’s top campus when it comes to sustainability, according to a new index released by Corporate Knights in October. It received high scores on a number of key performance indicators, including water management, sustainable investing and green certified building space. 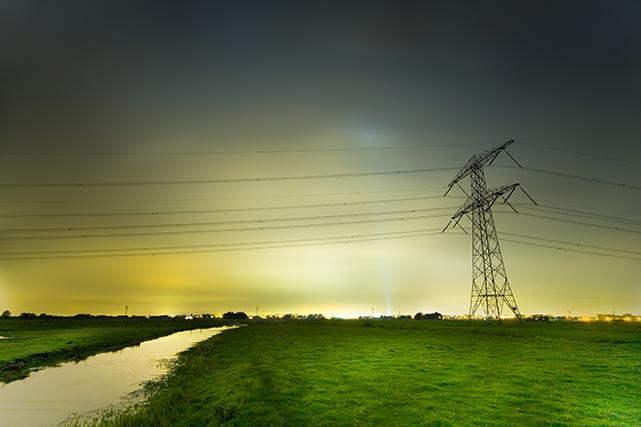 Bloomberg Philanthropies and the Heising-Simons family announced a new program last Wednesday called the Clean Energy Initiative to accelerate reform of the U.S. electricity grid. Spaced out over the next three years, $48 million in grants will be doled out to state-based stakeholders with the goal of easing the transition towards a more sustainable energy future.

By Adria Vasil & Erin Gardhouse and Tyler Hamilton
Posted November 6, 2014
OPINION: Comprehensive and independent study finds no link between wind turbine noise and health, despite annoyance for some.

It’s unlikely to silence the critics – nothing seemingly will – but there is no evidence to support the claim that wind turbine noise is making people sick, according to preliminary results from a comprehensive Health Canada study launched two years ago.

Yes, concluded Health Canada, some people interviewed and assessed as part of its 1,238 household epidemiological study were shown to get highly annoyed by wind turbine noise and other factors, such as shadow flicker and flashing lights.

By Adria Vasil & Erin Gardhouse and Tyler Hamilton
Posted June 11, 2014
Coal-fired power generation in Alberta rivals the GHG emissions of the oil sands. It's time to replace it with green power.

Alberta’s oil sands may have a reputation internationally for being one of the biggest carbon bombs on the planet, but less discussed in Canada is the degree to which coal-fired power generation in Alberta contributes to the country’s emissions profile.

A new study by the Pembina Institute and Clean Energy Canada brings needed clarity to the issue. It reports that fossil fuels power 85 per cent of Alberta, which has the highest polluting electricity in the country – representing more than half of the carbon pollution related to power generation in Canada.

Ethanol at a crossroads

By Adria Vasil & Erin Gardhouse and Tyler Hamilton
Posted April 15, 2014
Sensing a tipping point on the horizon, the oil industry is pushing back against renewable fuels. 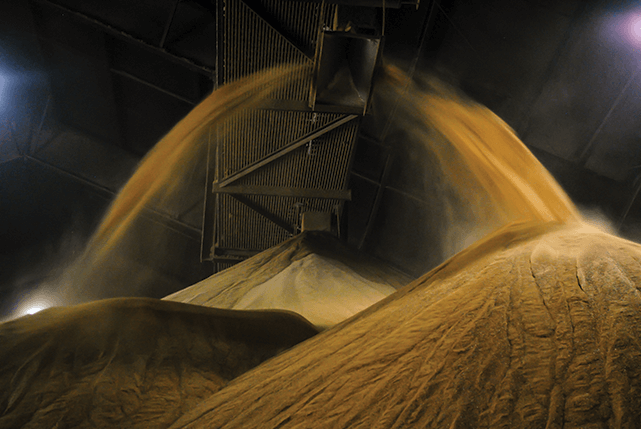 “Did you see the movie Greedy Lying Bastards?” Ken Field, the jovial founder and chair of Canadian ethanol producer GreenField Specialty Alcohols, asks me the question during our four-hour train ride from Toronto to Chatham, Ontario. We’re on our way to GreenField’s Chatham plant, which turns 19 million bushels of corn annually into ethanol fuel. Down the street is the company’s R&D facility, another stop on my tour.

At 70 years old, Field is as passionate a businessman as anyone could ever meet, and on this day he’s eager to show what his private company has been up to over the past few years – innovation he suggests has “cracked the code” on the future of sustainable ethanol production.