By Adria Vasil Laura Väyrynen & Toby Heaps
Posted April 20, 2020
In the 50 years since Earth Day was launched, which companies stepped up to deliver green solutions? 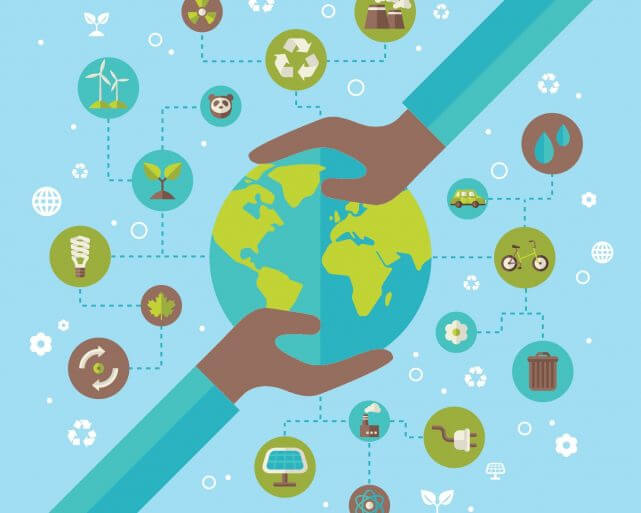 It’s been 50 years since the first Earth Day in 1970, when 10 million people took to the streets for a national teach-in on the environment. At the time, questions were mounting about the lead fumes puffing out of tailpipes, the Cleveland river soaked in industrial waste that had caught on fire the year prior, and the thousands of dead, oil-soaked birds that had washed up on the beaches of Santa Barbara in the largest oil spill in American history. That April, 10% of the U.S. population came together to voice their outrage and “demand a new way forward for the planet.” By the end[3  of the year, the Environmental Protection Agency had been founded, ushering in an era of groundbreaking clean-air, water and endangered-species regulation that would reshape corporate America’s relationship with nature, providing a cornerstone for modern environmental policy.