It was a tough message to process 10 months into a devastating pandemic, when so many of us are already burnt out from worrying about our families’ health and how we’re going to pay the bills.

But two days before the fifth anniversary of the Paris Agreement in December, Swedish climate activist Greta Thunberg shared a sobering video statement with her 17 million social media followers: “At the current emission rate, our remaining CO2 budgets for 1.5 degrees will be completely gone within seven years, long before we have a chance to deliver on our 2030 or 2050 targets.”

Translation: We’re speeding toward climate catastrophe, and we are running out of time to act.

Forty-eight hours later, on December 12, world leaders beamed in to the virtual UN Climate Ambition Summit, what was meant to be the starting-gun event for the “sprint to Glasgow” (the location of the next big UN climate conference, next fall). But rather than demonstrating the “surge in ambition” the UN had hoped for, dozens of countries delivered a steady stream of incremental pledges and lofty 2050 targets. There was little in the way of short-term action plans aggressive enough to meet them, however.

With mass street protests not an option, Thunberg is rallying her supporters around a new strategy: a public information campaign. It doesn’t sound particularly revolutionary, but, she says, most people are still not aware of how dire the situation is, and we can’t “treat something like a crisis unless we understand the emergency.”

A growing chorus of experts says the 18-year-old is right on the money about climate change having a communication problem. But making people aware and engaged isn’t as straightforward as it sounds. Communications researchers warn against telling people that their top concern should be the climate crisis when they have every reason to worry about the impact COVID-19 is having on their health and finances first. They point out that bombarding people with alarming climate facts can catalyze some to act, yes, but it can also backfire.

If there’s one thing “pandemic fatigue” has already proven, it’s that the pull to look the other way and return to the rhythm of our normal routines is strong. Isaac Newton would point out it’s the first law of physics. Inertia, after all, is the tendency of an object to resist change in its velocity.

Author George Marshall has spent years writing about how our brains are wired to ignore climate change. He co-founded the U.K.-based climate communications non-profit Climate Outreach to research the most effective strategies for engaging people of all political stripes and values. His team has led research in the U.K., Alberta, the U.S. and across Europe on overcoming polarization through public engagement. Pointing to parallels with mass COVID vaccination programs, he writes that “countries with well-informed citizens will readily accept the vaccine; countries with poorly engaged citizens will foster grassroots resistance. Opposition to vaccines mimics skepticism around climate change, often following exactly the same political fault lines.”

Those fault lines can rip through climate progress at the drop of an election. Populist politicians like former U.S. President Trump, Brazil’s Bolsonaro and Russia’s Putin deftly turned climate policy into a lightning rod for wider social discontent, he notes. Vested interests throw matches on the fire by fuelling disinformation campaigns and conspiracy theories. Even France saw its gas tax overturned in 2018 after “yellow jacket” protesters rioted, chanting that government elites were worried about the end of the world while “we’re worried about the end of the month.”

Pandemic fatigue has already proven that the pull to look the other way and return to the rhythm of our normal routines is strong.

Similar protests in Ecuador led to fuel subsidies being reinstated there in 2019. And now that Canada’s carbon price is set to triple in the coming decade, Broadbent Institute policy fellow Brendan Haley worries that carbon pricing is unlikely to receive the required political support it needs to ever reach its 2030 level. “We’re likely to see conservative movements exploit people’s economic insecurities by directing their anger against carbon pricing, as we’ve seen in Ontario and Alberta.” 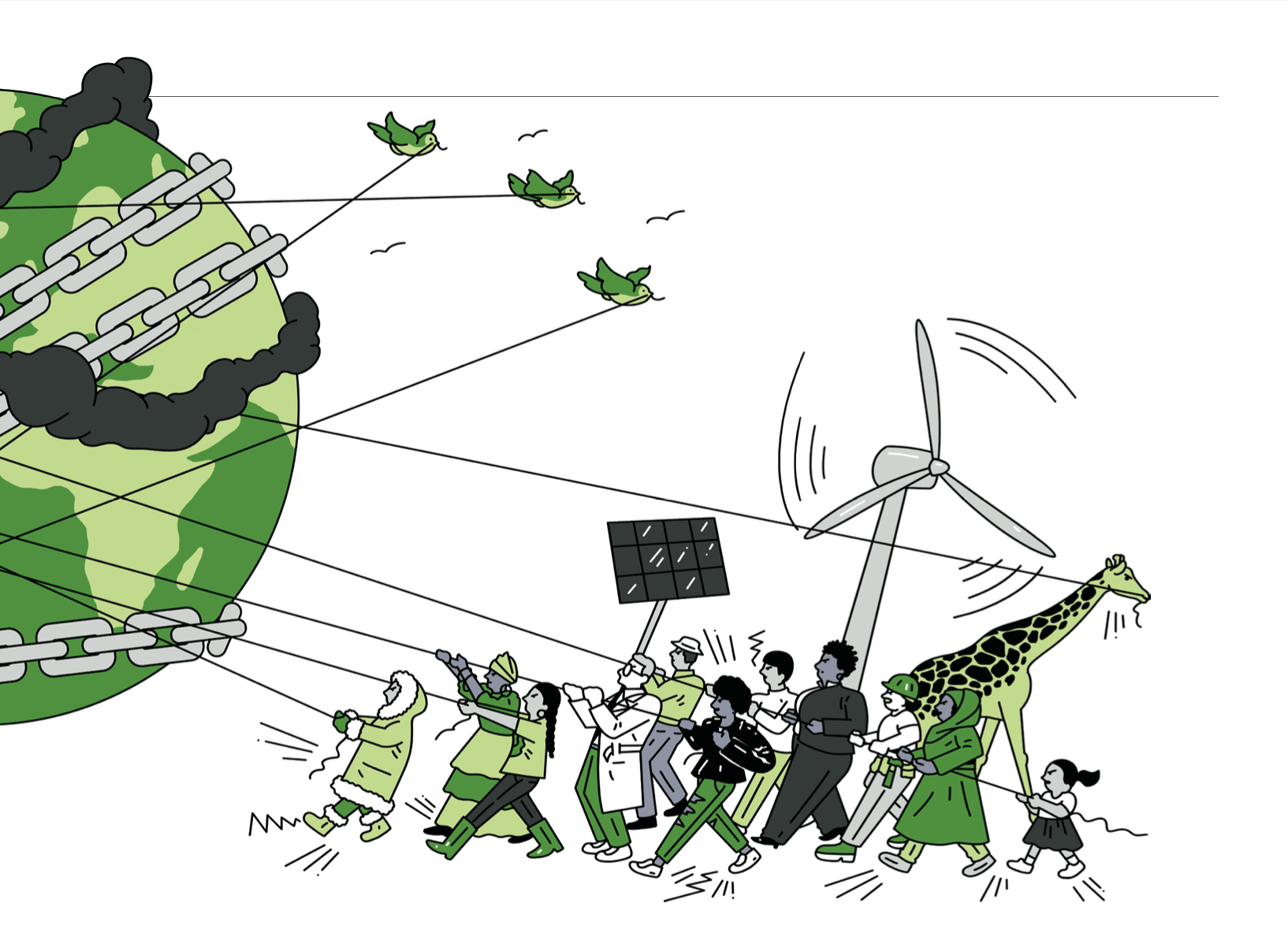 Besides the promise of a just transition that offers good blue- and green-collar jobs, psychologists, social scientists and communications experts agree that building and sustaining broad public support across the political spectrum will need opportunities-based communication that doesn’t gloss over the hard realities of the challenge ahead, particularly for the working class.

In 2018, Climate Outreach worked with the Calgary-headquartered Pembina Institute and 75 partner organizations to hold 55 workshops that explored ways of engaging Albertans in a constructive climate conservation, looking for common ground and new ways of talking. They were sensitive to the reality that Albertans have been struggling through successive recessions and many have felt angered and alienated by the climate movement. What worked? People responded most positively to cooperative language, respectfully recognizing the contributions fossil fuels made to the Canadian economy, acknowledging the need to diversify the Albertan economy to shift away from overdependency on oil’s boom–bust cycle, and emphasizing that while an energy transition will “not be easy,” renewables could offer the next big economic “boom.”

It’s partly why Joe Biden and Kamala Harris’s campaign south of the border got political traction by going into Rust Belt states and talking green jobs for the working class and building back better while noting that the “road ahead will not be easy.” But without a vision for the future and a clearly articulated plan for how all Canadians fit into it, as Climate Action Network’s Catherine Abreu recently cautioned, many Canadians won’t know where their prosperity and jobs will come from as we shift away from fossil fuels. “Politicians who are standing in the way of climate action [will] have a leg to stand on as long as those Canadians are convinced that they won’t be able to profit in that future.”

“To generate lasting engagement, we need to deeply engage with people through information and imagery that’s consistent with their values.”

Social scientists at the Yale Program on Climate Change Communication have been studying the science of climate-crisis communication since 2005, with the mission to help governments, media, companies and advocates communicate more effectively. Researchers there recently reviewed key insights from the literature on what leads to enduring change. Yale’s Matthew Goldberg summed up his findings in a nutshell: “To generate lasting engagement, we need to deeply engage with people through information and imagery that is consistent with their values, disposition and group identity.” His advice: “Emphasize personally relevant reasons to care about the environment and emphasize that most other people feel the same way.”

Will 2021 be the turning point for the climate?

Climate scientists are clear that we need to go much further, much faster. Social scientists say we won’t get there without building a broad social mandate fuelled by thoughtful, well-funded public engagement strategies that are tailored to both communities and regions.

Canada, luckily, has a head start. Nearly 80% of Canadians agree that the world is facing a climate emergency, and recent Environics polling revealed that “six in 10 Canadians believe now is the time for the federal government to make major changes to fix long-standing problems in society” such as inequality, racism and the climate crisis.

But as Marshall writes, “If we are realistic about the challenges of reducing emissions, we need to be realistic about what will be required from people. Achieving these targets, transforming personal behaviours and dismantling the global fossil fuel industry will require an exceptional level of public understanding, support and a broad-based mandate for action.”

It turns out that all signatories to the Paris Agreement, including Canada, committed to Article 12: “enhancing climate change education, training, public awareness, public participation and public access to information.” So far, no wealthy nations have delivered ambitious or well-funded policies for climate change engagement. But as COVID-19 has proven, this would be money well spent, Marshall concludes.

As Bill McKibben recently wrote in The New Yorker, “If civilization is to have a chance … the big, hard breaks with the status quo have to come in the next nine years … It’s clearly physically and financially possible to do what needs to be done. (Much of the cost of the transition can be covered simply because each year we will be spending less to buy fuel.) But beating both inertia and vested interests will be, as usual, the trick.”

The financial clout of those vested interests wanes with each passing year. But as McKibben adds, the rapid action needed will require going far faster than economics alone can push us, and far faster than politicians will find comfortable – even though more of the world’s governments are increasingly saying the right things. “They will need the forces of the past decade – the engineering triumphs and the movement-building – to keep accelerating in order to provide the required push.”

With 10 months until world leaders gather for the next big climate summit, Corporate Knights asked nine luminaries to share their thoughts on how we can break though our climate inertia, mend emerging fault lines and deepen the foundations of public support for the kind of rapid climate action that scientists are calling for. The clock is ticking. If 2021 is to be the turning point for the climate, we’ll need every citizen, business, banker and politician to join the race.

This article kicks off a series of stories from our Winter Issue cover package: What it will take for us to get the climate message before it’s too late. Adria Vasil is the managing editor of Corporate Knights. She’s also the author of the bestselling Ecoholic book series. 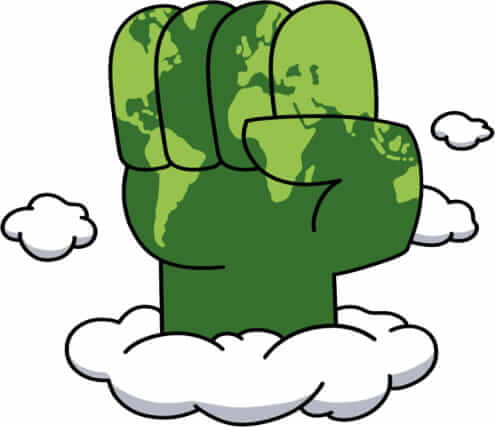 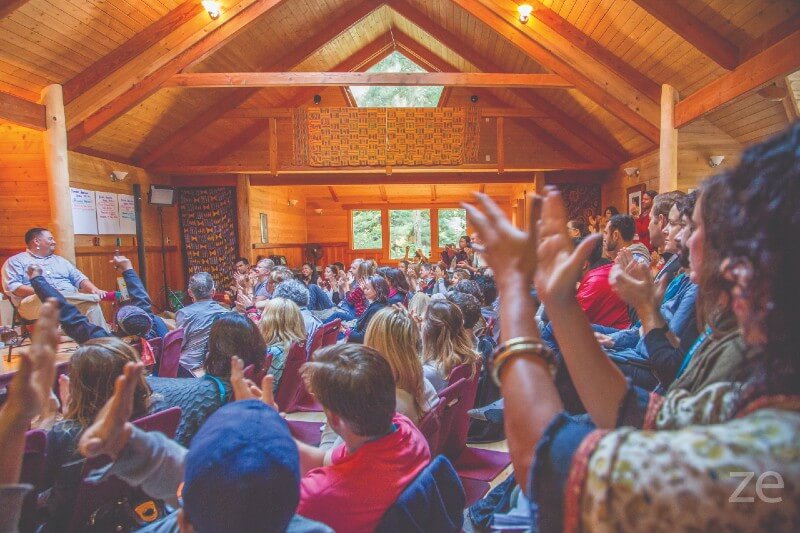