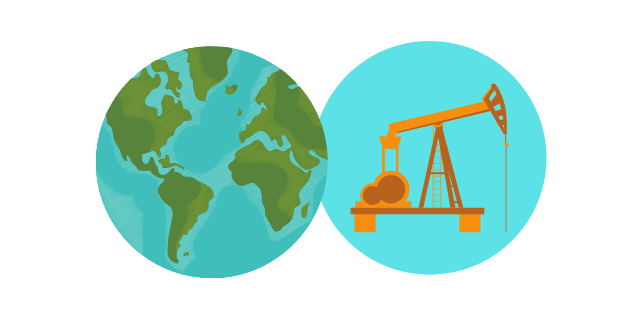 Alison Thompson is a renewable energy warrior. After starting her career working for coal utilities and oil sands companies, the Calgary-based mother of one and engineer by training is now president and CEO of Borealis GeoPower and chair of the Canadian Geothermal Energy Association. Trained as part of  Al Gore’s Climate Reality Leadership Corps, she’s a fierce advocate for addressing the risks of the climate crisis and, admittedly, has little patience for the tactics and attitudes of those who would delay action.

Calgary is also home to Daniel Clarke, a proud champion of Alberta’s oil and gas industry. The father of three and successful oil patch entrepreneur is now president and CEO of CSV Midstream. Having built several industrial projects and companies, he’s a passionate advocate for the economic benefits afforded to Canada by the oil and gas sector and highly impatient with the tactics and attitudes of those who would hinder its success despite its noble contributions.

In many respects, these two people embody the two competing visions at play in Canada’s energy future.

The first is the business-as-usual vision. Our economy and many jobs depend on oil and gas. Global demand for energy is going up. We’ve got decades to come as oil and gas producers and we should maximize the economic benefits and stay competitive in this industry. And, by the way, we’re far safer and more ethical than most other oil producers.

The second vision is climate driven. We must limit global warming to two degrees or less. This  should guide our energy policy and investment priorities. New technology is available and increasingly competitive. Long term investment in fossil fuels locks us into the other vision and sets us on a more difficult path to emissions reduction.

For over two years, Thompson and Clarke co-existed as Fellows at the Energy Futures Lab (EFL) , a multi-stakeholder forum for innovation and collaboration amongst diverse actors in Alberta’s energy system. In this period, they had no meaningful direct engagement with one another and there were no signs of common ground. In fact, in many respects, one was to the other a fine example of the problems facing our energy system.

More than two years into their co-existence as Fellows, something changed.

During a workshop in October 2017, Clarke was assigned to a breakout session focused on helping advance a project that Thompson was leading—a community geothermal energy project that she called Sustainaville. To his surprise, he could relate to some of the engineering challenges and regulatory issues involved. And he was impressed by Borealis GeoPower’s approach to engaging Indigenous communities. In this same workshop, Clarke overheard Thompson mention that her company was looking for new office space. His company had excess office space available and he mentioned this to Thompson.

By early 2018, Borealis GeoPower was co-located with CSV Midstream. Sustainaville and its sister project, Fuel for Reconciliation, were being planned and delivered from the offices of a midstream gas infrastructure company and integrated into regional planning where nationally significant oil and gas infrastructure projects were also being constructed. Team members from these two different companies were sharing lunches and discovering common interests. Clarke became part of the team helping Thompson advance the project and, meanwhile, other collaborative opportunities surfaced.

What’s the lesson in this story for our broader national challenge?

First, we have to approach one another in a spirit of co-creation rather than negotiation or consultation. In most other forms of multi-stakeholder interaction, Thompson and Clarke would be asked to show up in a way that reinforced their existing ideas and positions. Negotiations are designed for us to engage from the standpoint of our own self-interest. Consultations ask us to advocate for our own points of view. Both usually have the effect of hardening our positions. Co-creation, on the other hand, requires us to find common ground.

Consultations ask us to advocate for our own points of view, hardening our positions. Co-creation, on the other hand, requires us to find common ground.

Working together helped Thompson and Clarke challenge their preconceived ideas. They learned to hear the other person differently and to better understand the other person’s needs. In doing so, they realized their capabilities  could be of service to each other. Ultimately, it revealed an alignment of their deeper aspirations—they both want a good future for the people they care most about. Clarke and Thompson don’t necessarily agree on everything. But they have found a way to reconcile their competing visions into something productive, even generative. They are no longer stuck.

Most importantly, we have to find empathy for people who hold very different points of view than our own. This takes time and is hard in today’s world. It comes from opportunities to see the other person as a human being and not simply representative of an interest or a stakeholder. Being part of a bigger community meant Thompson and Clarke had several opportunities to develop shared experiences and to celebrate collective successes with their peers. Once there was enough of a sense that in some way they were on the same team, the possibility for a breakthrough was seeded.

Polarization on energy issues hinders everyone’s success including Canada’s. Thompson and Clarke’s story shows us that there’s room in the radical middle for us to build an entirely different solutions space beyond “with us or against us” narratives.

Chad Park is the founding director and lead animator of the Energy Futures Lab, Senior Associate of The Natural Step Canada.