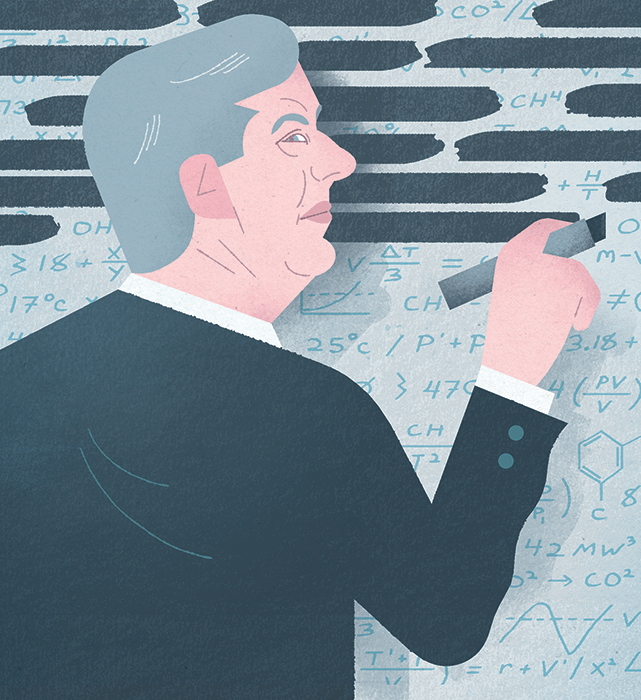 In March, an Ottawa Citizen reporter named Tom Spears sent a routine request to the National Research Council (NRC). Spears had noticed a joint research project in which the NRC and NASA were studying that quintessential Canadian topic of snow – specifically, what causes it to fall in the quantities and densities it does – and he was hoping to interview a scientist working on the project to gather some more detail. It was a straightforward scientific slice of life story, revealing a little of the trench work carried out mostly without fanfare by the 23,000 scientists on the federal government’s payroll; the NRC’s own media officials characterized it as a “positive/informative” story.

With a single 15-minute phone call to NASA, Spears had learned all he needed about the American research team’s role in the project. His e-mail query to the NRC, however, would spend nearly a full day pinging from inbox to inbox, as NRC communications officers fretted over the wording of their background materials, “massaged” replies, and debated whether an interview was necessary. Eventually, the most senior communications bureaucrat in an 11-message e-mail chain decided it wasn’t.

The Citizen ran its story without comment from the NRC or anyone else in the Canadian government, making only passing mention of the NRC’s participation. The newspaper also filed an access-to-information request, eventually uncovering the byzantine bureaucratic communications chain through which a dozen NRC employees had spent six hours deciding not to grant an interview. When the Citizen posted the full document on its website, it quickly became the talk of Canada’s science journalism community, confirming what many of them had experienced firsthand: in Stephen Harper’s Ottawa, it had become nearly impossible to ask a government scientist a simple question.

In the halls of a government increasingly hostile to basic scientific research and the potential obstacles it might present to its resource-extracting energy-superpower agenda, the muzzling of scientific discourse had achieved an absurd apex. The government was unwilling to discuss what it knew about why snow fell. “This is the kind of process that occurs when you’ve turned information into something that has to go through a bureaucratic grind,” says Stephen Strauss, a veteran science journalist and president of the Canadian Science Writers’ Association. “You’ve heard about the satanic mills of the Dickensian era? Now we’ve seen the satanic mills of Stephen Harper’s information era.”

Until recently, journalists on the science beat enjoyed the same collegial relationship with government scientists as they did (and still do) with university researchers. Background detail or a colourful quote was rarely more than a quick phone call away. Since 2008, however, government scientists in every field have been obliged to pass on even the most mundane queries to their affiliated media departments, which almost always insist on seeing written questions before approving interviews (a break with many generations of standard journalistic practice) and rarely provide much more than background detail and bland, canned talking points.

On topics deemed sensitive or controversial, government media reps have sat in on interviews and even banned government scientists from talking to the press about their work. When Kristina Miller of the Pacific Biological Station published a groundbreaking report on collapsing salmon stocks in the prestigious international journal Science in early 2011, for example, her media minders killed a planned press release and refused numerous requests for interviews from major national and international media outlets. And at a recent International Polar Year science conference in Montreal, Environment Canada’s research contingent was accompanied by a phalanx of government media observers who monitored their colleagues’ presentations and obliged the scientists to refer any follow-up queries to their handlers.

To Strauss, this routine muzzling represents a misuse of government resources and a breach of the public trust. “The purpose of our taxes is not to prevent government scientists from talking to a free press and explaining to journalists what they’ve found in a way that they make sure doesn’t upset government priorities and programs. That’s not the purpose of us (taxpayers) funding this research. We are funding the research to find out how nature works, how things work. And because they are our servants – that is, the scientists – they should be able to speak freely to the press and explain what they have found with our money.”

The muzzling trend would be worrisome enough on its own, but it has been accompanied in recent months by a furious round of federal budget cuts to basic research – particularly in the field of environmental science – and increasingly ferocious rhetorical attacks on environmental groups. This is not, in other words, simply an extreme case of the Harper government’s legendarily strict message control; it appears to be part of a concerted effort to limit the Canadian public’s access to basic knowledge about the scientific implications of government policy – particularly when it comes to resource extraction and energy production.

In its first year as a majority, the Harper government has displayed a clear pattern of mounting hostility to environmental science, environmental activism, climate research and the monitoring of industry’s environmental impacts. The 2012 budget cut funding for the measure of industrial emissions, closed an oil spill monitoring facility in British Columbia and a global water quality monitoring centre in Ontario, slashed funding for atmospheric research – resulting, among other things, in the partial closure of a vital research station in the High Arctic – and killed the National Round Table on the Environment and the Economy, which had been created by the Mulroney government.

At the same time, the budget bill came freighted with legislation intended to “streamline” environmental review processes in the hope of fast-tracking oil pipelines and other large energy infrastructure projects, and it has handed the Canada Revenue Agency $7 million to intensify its scrutiny of environmental charities – especially the ones labelled “foreign radicals” by Natural Resources Minister Joe Oliver in a fiery Globe and Mail op-ed calling for approval of Enbridge’s $5-billion Northern Gateway pipeline from Alberta’s oil sands to the coast of northern B.C.

“This smearing of environmental groups, this undermining of the role of environmental organizations in the environmental debate, is blatant and aggressive and gratuitous,” says Rick Smith, executive director of Environmental Defence. “This is not something we’ve ever seen before.” Smith points out that his organization has worked closely and amicably with the Harper government on a range of issues from toxic chemical regulation to consumer product labelling – in sharp contrast to the “outright anti-environmentalism” of the 2012 budget.

“We’ve been a respected charity in this country for 28 years,” Smith explains. “We’re not going to be intimidated. We have a long track record of productively working with this government and that speaks for itself.” And the government’s own agenda, he argues, isn’t being served by its hardball tactics. “It’s made the people angry, it’s needlessly inflaming the government’s relationship with first nations, it is alienating local communities who feel disempowered and disenfranchised in the planning process. This attempted expediting of infrastructure projects with this circumventing of democratic debate is going to backfire on the government in the end.”

Several environmental groups, including Environmental Defence, have seen donations grow markedly since Oliver launched his first rhetorical attack, while two of the groups most active in their opposition to Northern Gateway – ForestEthics and the David Suzuki Foundation – have restructured to avoid a government crackdown on their “advocacy” work (which by law can only comprise 10 per cent of a registered charity’s activity).

Smith also notes that the repercussions extend beyond the debate over any given pipeline – under Harper, the Canadian government has become a global laggard on basic climate science. “The capacity of our federal government to generate important climate change science, to monitor climate change impacts, is absolutely threadbare after this latest round of cuts proposed in the budget,” says Smith.

It’s a point echoed by James Drummond, an atmospheric scientist at Dalhousie University and principal investigator at the Polar Environment Atmospheric Research Laboratory (PEARL). The lab, which is located on the northern tip of Ellesmere Island in the High Arctic and monitors atmospheric chemistry, ozone depletion and climate change, saw its operating funds vanish in the recent round of budget cuts. The cuts to PEARL’s funding are particularly surprising, Drummond says, given the Harper government’s rhetorical emphasis on Arctic sovereignty and Arctic exploration. “Sovereignty is not just a matter of military presence,” he explains. “Sovereignty is a matter of knowing the region, of understanding the region, and being able to effectively represent that region to the rest of the world. And we’re falling down on the job.”

Though PEARL may be able to reopen for part of the year under a new pool of Environment Canada atmospheric research funding (which will have to bankroll a broader range of research with 30 per cent less money than the funding channels it replaces), it likely won’t be able to operate as it had previously through the long Arctic winter night. PEARL was the only research station taking measurements during that cold dark time – data which, as Drummond points out, would be vital to operating large-scale oil drilling operations year-round in the region. “If we are going to do resource extraction in the Arctic, which seems to be something that we’re told is going to happen, then we really ought to know what’s going on in detail, because the Arctic is an extremely fragile region.”

From the roof of PEARL, Drummond notes, you can still see the tire tracks of the construction equipment that built the facility in the 1990s. Even the building of a small research station leaves a permanent mark on the Arctic. If and when the Harper government and its industrial partners arrive, they’ll be stumbling blindly through this landscape, lost without scientific guidance in the long Arctic night.