By James Munson
Posted October 31, 2018
Alberta's biggest industry is looking for ways to thrive in a low carbon economy.

In a packed conference hall in Red Deer, Alberta, this past spring, Jason Kenney, a veteran federal politician aspiring to become premier of his home province, made the case for more oil sands growth against a backdrop of increasingly skeptical investors.

The International Energy Agency projects growing global demand for oil and gas for the next 25 years, Kenney said during a speech at the first policy convention for the United Conservative Party, which he hopes to lead to victory in a 2019 provincial election.

By James Munson
Posted September 14, 2018
A high-level commission says growth from climate safe infrastructure will reach the tens of trillions.

The global economy could see US$26 trillion in growth over the next twelve years by burning a lot less carbon, a coalition of former heads of state, ministers and CEOs said.

The growth would come from matching new infrastructure needs with low-carbon options, the Global Commission on the Economy and Climate said in their fourth major report, Unlocking the Inclusive Growth Story of the 21st Century, published Sept. 5.

“It’s a shockingly high number, but at the same time if you look at the size of the economy it’s not shockingly high,” report co-author Jan Corfee-Morlot said in an interview with Corporate Knights. “It’s going to be less than a few percent.”

Enbridge has the tricky job of being an oil company that supports a transition to low carbon energy.

The Calgary-based company has sold renewable and natural gas assets over the past year in line with a debt reduction plan. For a company that supports reducing greenhouse gas emissions, the sales could be seen as a step backward.

But Roxanna Benoit, vice-president of public and government affairs, denied Enbridge is moving away from a commitment to fewer emissions in an interview with Corporate Knights.

wpd AG, a medium-sized German wind producer, and the city of Munich have already put C$100 million into the nearly finished project, according to wpd's Canadian subsidiary. One hundred workers were on site the day news of the cancellation broke.

Looking past the labels

People putting their money into environmental, social and governance (ESG) investments might be in for disappointment, Greenchip Financial's John Cook said.

ESG funds, which select companies for their broader environmental and social impact on top of performance, include a lot of big names whose business has little to do with reducing pollution, Greenchip president Cook said.

Traditional investments like Amazon.com Inc., Facebook Inc. and JP Morgan are often at the top of portfolios labelled ESG. 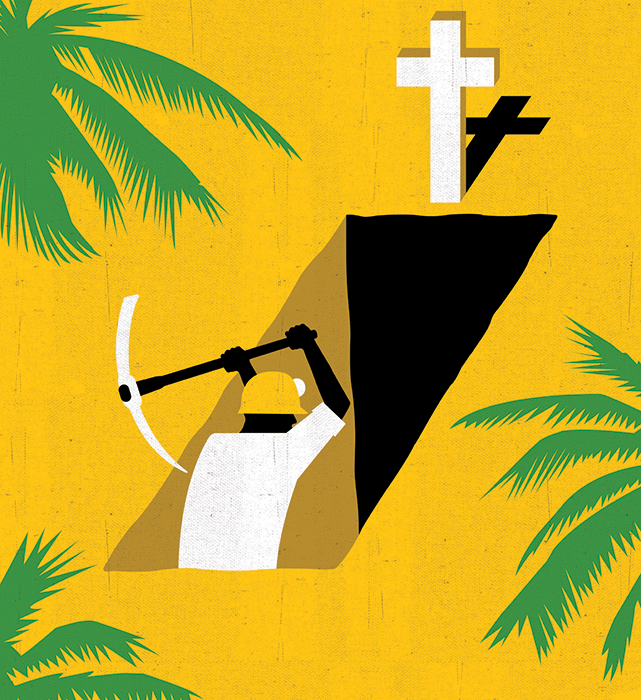 The Achuar people of northern Peru came to Canada last April to have Talisman Energy’s drilling operations on their ancestral land stopped. The Calgary-based oil company failed to consult with them before drilling in the Amazonian rainforest, a delegation of Achuar leaders told politicians and journalists in Ottawa, a contention Talisman officials denied. Five months later, the firm announced it was pulling out of Peru for business reasons, while the Achuar and their advocates claimed local opposition made the oil prospect unviable.