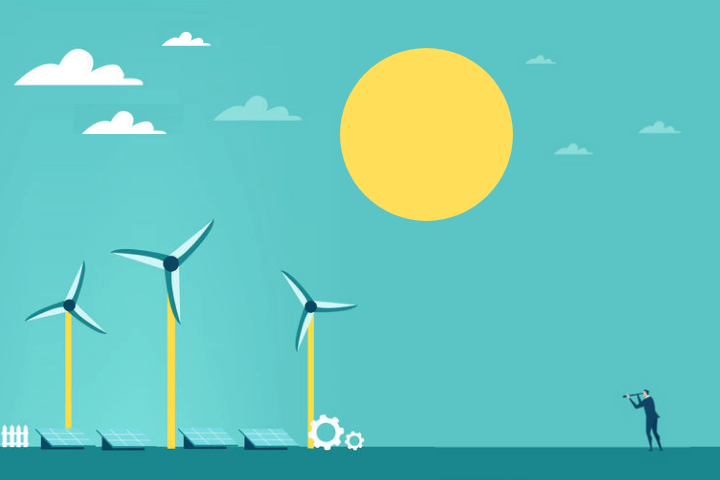 We grew up in the late ’80s associating corporations with Exxon Valdez, going to bed at night scared that every minute a football field of rainforest was being slaughtered. We grew up hearing how corporations were screwing up the world – our future.

My university classmate and tennis nemesis Paul Fengler and I decided there had to be a better way. As we wrote in our first editor’s note on the release of our inaugural Best 50 Corporate Citizens in Canada, “Corporations don’t exist in a vacuum: we as citizens are their lifeblood. Our ignorance and complacency does not grant permission to corporations to destroy the world – it necessitates it.”

We joked that our legal budget didn’t permit a ranking of the worst companies in Canada, so we took a stab at tracking down the best. Thus was born the Corporate Knights project to annually rank the top 50 corporate citizens in Canada with the aim to lay out in one clear page the Canadian firms that were part of the solution.

We noted that “for many companies, practising corporate social responsibility (CSR) is less about substance than it is about public relations.” Being a good company was about little more than charitable donations. Our chosen task of ranking companies was a tough job when so few were transparent about their social and environmental performance. We used our new platform to urge corporations that are “serious about being good citizens to have their social and environmental performance evaluated by standardized procedures and audited by a third party – just like financial statements.”

How did Corporate Canada fare in that first annual ranking of the Corporate Knights Best 50? Our evaluation: “Far from a sunny day, but there is much to commend that suggests that the clouds may be parting.”

Twenty years into this experiment, a lot has changed. Exxon, once the most valuable company in the world, has seen its value cut in half and was recently humiliated by its shareholders, who took the extraordinary step of imposing three clean-energy activists on its 12-person board of directors. Sustainability accounting is still a wild west, but the IFRS Foundation, which defines the language businesses report by, is on the cusp of launching an International Sustainability Standards Board (ISSB) to develop global standards for reporting on environmental, social and governance (ESG) matters.

By far the biggest sea change has been the culture shift.

The organizations that set the mind-maps for how power and money flow (including the powerful Business Roundtable of CEOs and the World Economic Forum) have updated their norms and formally adopted our credo of stakeholder capitalism, in word if not yet fully in deed.

Rather than the lowest-common-denominator approach of traditional business lobbies, groups of like-minded businesses (like the Council for Clean Capitalism, which Corporate Knights acts as secretariat to) are joining forces to actively shape policies for a clean and fair future.

Beyond the accounting profession, the major standard-setting bodies that define the playing field for capitalism’s top honchos (banks, investors, insurance providers and financial analysts) are edging out of their comfort zone of snail-like incrementalism to fully embrace the power of business as a force for good (something we called for in a paper written for the UN in 2017).

Though it’s in our nature to procrastinate, we are an adaptive species when survival is at stake.

The players that control the loot are taking note. Earlier this year, the Glasgow Financial Alliance for Net Zero (GFANZ), chaired by Mark Carney, UN Special Envoy on Climate Action and Finance, united more than 160 firms (together responsible for assets in excess of US$70 trillion) committed to aligning their balance sheets with the world’s carbon budget.

That’s the good news. The bad news is that our emissions of heat-trapping gases are still going up, the oceans are filling with plastic, and our arable land is being increasingly desertified.

Is this a case of “plus ça change, plus c’est la même chose”? I don’t think so. Even though it’s in our nature to procrastinate, we are an adaptive species when survival is at stake.

The kindling for a new and cleaner capitalism has been laid by the people-power movements embodied by Greta Thunberg (who was in the womb when the first issue of Corporate Knights came out), a majority of national governments lining up behind net-zero emissions targets, and the limitless human ingenuity that has created solutions to bring humanity back into balance with nature.

The spark is the pandemic, which exposed the brittleness of our current system, as well as our immense power to solve big problems when we flex our collective muscle. The oxygen accelerant is the $400 trillion in global financial assets we have amassed.

Carney estimates that the difference between setting our planet on fire and a clean economy comes down to whether we can direct an additional 0.5% of this money pile each year to climate solutions, which is three times more than we currently are doing. Doing so would make a lot of sense, now that the economic solutions to solve the climate crisis are growing faster than the problems.

The more that businesses and investors see this opportunity through the clouds of outdated mindsets, the sooner we will get to a clean and fair economy.

Toby Heaps is the co-founder, CEO and editor-in-chief of Corporate Knights.