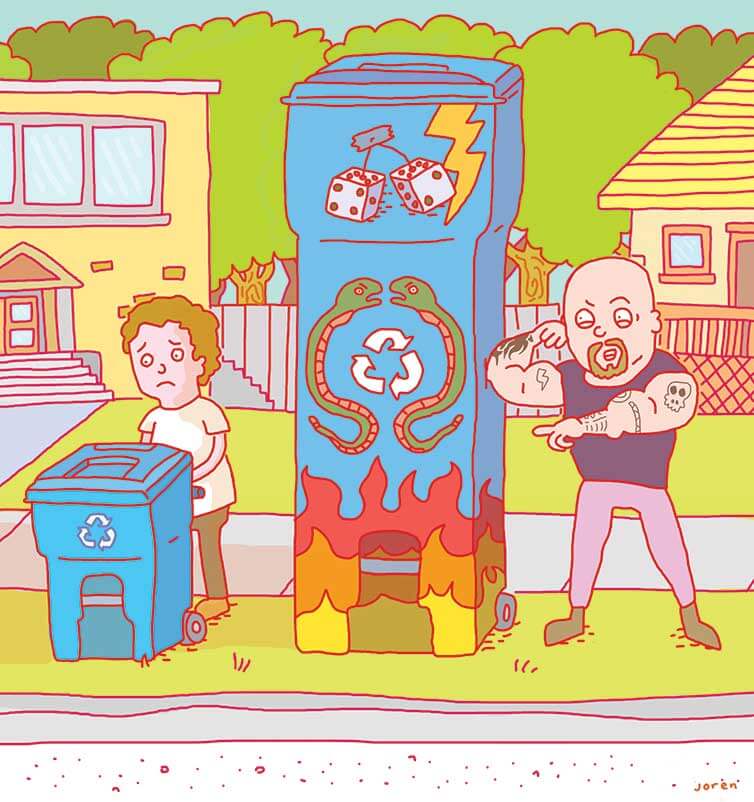 After using  my girlfriend’s body lotion for a quite a while, I decided one day to stop borrowing and go pick some up for myself at the local drugstore. Without thinking, I gravitated towards the men’s section and was met with a sea of labels, like Every Man Jack, before ultimately settling on Bulldog Skincare for Men. The bottle informed me this was specifically tailored to “man skin,” ensuring that the customer’s fragile masculinity remained intact and well-moisturized. Regular body lotion is for women, but Bulldog is Man’s Best Friend.™

It turns out this sort of masculinity-coddling marketing extends into green consumer products as well. Concerned about prior findings that women are more likely than men to engage in sustainability-related behaviour and make eco-friendly product purchases, researchers from universities in China and the U.S. decided to launch a series of field tests marketing sustainability-minded products in a different manner.

Researchers used two distinct approaches. Some men had their masculinity “affirmed” before evaluating an eco-friendly product, while others were shown products that had been relabelled with a more manly emphasis. Both approaches were found to be effective at changing male opinions of the products at hand.

This series of studies “provides evidence that the concepts of greenness and femininity are cognitively linked and shows that, accordingly, consumers who engage in green behaviors are stereotyped by others as more feminine and even perceive themselves as more feminine,” reads the report.

One experiment showed male subjects marketing materials for two fictional environmental charities, and asked them which one they were more interested in donating to. The Friends of Nature charity, symbolized by a stylized tree, lost out in favour of the howling wolf logo for The Wilderness Rangers. In another study, interest in an eco-friendly car went up dramatically when the name was changed to a “manlier” word.

If these findings are true, it may place environmentalists in the unenviable position of supporting more his and her consumer products, with marketing of sustainability-focused goods emphasizing your “man cred” becoming ubiquitous.

Yet embracing alternative marketing techniques for environmentally friendly products falls into a proud tradition of efforts to “moralize the economy,” as Frank Trentmann explains in his recent book Empire of Things, a history of human consumption. Ideas like fair trade or various eco-logos are not simply post-modern phenomena, but in the same vein of American abolitionists boycotting Caribbean cane sugar or the consumer movements of the late 19th century. The white and black label movement at the time was largely a women’s consumer body which investigated working conditions – especially in textile firms – and provided labels demonstrating whether you were making ethical choices.

So what role do individual consumers play in altering global consumption patterns? Consumer choice is often fingered as the most important factor in addressing the mounting series of ecological challenges the world is facing. But Trentmann (see here) argues that past lifestyle changes have been driven much more by broader social campaigns and actions taken by the state than is typically acknowledged. Although it may not be de rigueur or politically popular to argue, successful attempts to alter entrenched habits will involve interventionist policies.

Trentmann offers one last piece of advice from the past, around the way changes have been sold to the public. Sustainable consumption would be much easier if it were presented as an opportunity, not so much a call for something less comfortable or slightly worse – just different.

A time for new opportunities and different ways of living.