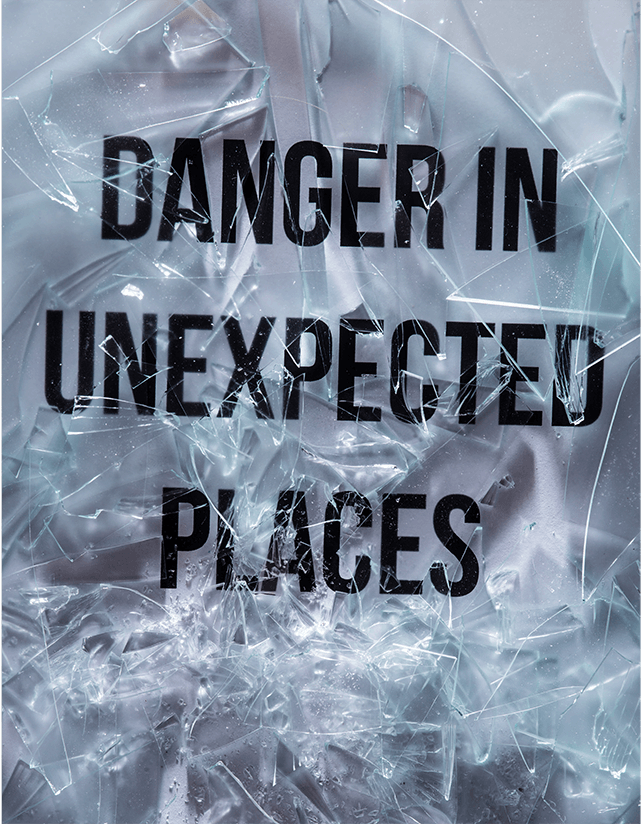 Just after New Year’s Day, 2011, 17-year-old Patrick Desjardins reported for work at the Walmart store in Grand Falls, New Brunswick. An only child, he had a part-time job to save for college. His task that night was to polish the garage floor. At about 8:30 p.m., Desjardins plugged an electric polisher, purchased by another employee at a yard sale, into a wall plug.

The floor was wet. He was immediately electrocuted.

The next day, inspectors with WorkSafe New Brunswick began probing the tragedy. In December 2011, they released their assessment of what went so wrong that winter evening. Walmart Canada, the agency concluded, had failed in numerous ways to protect the young employee.

The supervisor didn’t notice that Desjardins was using an inappropriate polisher and faulty chord. The company didn’t provide proper equipment training, nor had it done routine inspections. The agency laid several charges against the $460 billion-a-year retail giant, as well as Denis Morin, the supervisor in charge.

The story of Desjardins’ death offers a glimpse at some underlying dynamics in the field of occupational health and safety. The mythology of Canada’s hinterland includes tragic tales of collapsing mines and sinking freighters. In our big cities, newspapers publish wrenching stories of construction workers who fall to their deaths while building highrises.

But there’s a new, underreported economic reality. Changes in the economy have altered the geography of workplace injury. With the offshoring of heavy industry and the rise of the urban services sector – with its endless supply of part-time work – new forms of risk have emerged. And new classes of workers find themselves put in harm’s way as they earn a living.

There were 584 workplace fatalities in Canada in 2012, up from 484 deaths a decade earlier. The number has been rising gradually, although with 703 deaths 2005 stands out as the most deadly year. Those broad figures mask a more complicated tale, however. Manufacturing and construction remain the most dangerous sectors, accounting for about two-thirds of all deaths. But between 2002 and 2012, the average annual number of fatalities in other sectors often associated with high-risk conditions (logging, agriculture, mining and oil wells) fell compared to the previous decade.

By contrast, the greatest decade-over-decade growth occurred in retail/wholesale, education, hospitality and healthcare/social services – sectors we don’t associate with mortal danger. It may be time to reconsider. In 2012, 12 per cent of Canadians killed on the job worked in these fields, up from 10 per cent a generation ago. Between 1993 and 2012, 516 retail workers were killed on the job, including Desjardins.

The fatality data represents a small slice of the bigger picture. Workplace injuries overall seem to be falling in Canada. In British Columbia, for instance, almost 145,000 workplace injuries – everything from broken bones to soft-tissue disabilities – were reported to WorkSafeBC. That figure is almost 30,000 claims less than the pre-recession peak. Similarly, Ontario’s Workplace Safety and Insurance Board says that despite 8 per cent population growth in the past decade, the number of injury claims fell by 6 per cent.

Yet in the low-end service sector, the raw numbers may not tell the whole tale, say union health and safety reps and occupational safety experts.

Kathy Yamich, a WSIB representative with the Niagara Falls, Ontario, office of Workers United Canada, observes that in the hotel sector, women who clean rooms risk strain injuries when they lift heavy mattresses and race to meet their daily quotas. Most are recent immigrants, and many don’t speak English. “There’s such a fear factor in those workplaces that they’re not reporting their injuries.”

Hospitality isn’t the only sector that experiences under-reporting. In an aging society, home care has emerged as a fast-growing employment ghetto, dominated by new Canadians. With health ministries pushing aging-in-place policies as a means of keeping seniors out of long-term-care facilities, demand has jumped.

But Bill Hulme, the community care lead for the health care local of the Service Employees International Union, says personal support workers and home care nurses face a range of hazards when they enter someone’s home – everything from fierce dogs to environmental risks, like apartments infested with vermin or packed with the stuff accumulated by a client with hoarder’s syndrome. His union also represents members who’ve been sexually assaulted – another injury that doesn’t show up on workers’ comp stats.

Similar conflicts occur at group homes, where the residents may be out on parole after serving time for criminal code offences. Employees may be beaten up, says Hulme, but the group home operators are reluctant to notify police for fear of losing the resident. “There’s a disincentive for them to report incidents.”

In New Brunswick, the Desjardins incident resulted in a court-imposed fine of $120,000, the highest ever levied in the province, even though the presiding judge said the accident wasn’t a case of a company putting “profit ahead of safety concerns.” The figure is a rounding error on Walmart’s balance sheet, but the message was nonetheless clear: pay more attention to the wellbeing of employees.

To its credit, Walmart Canada took Desjardins’ death seriously. According to spokesperson Andrew Pelletier, “We reviewed and enhanced our workplace safety policies and programs. This includes improvements and additions to our health and safety training, extensive and ongoing communication to our associates on a wide range of important health and safety topics, and detailed monitoring of the implementation and execution of our health and safety programs.”

But just a month before the company agreed to the terms of a New Brunswick court order to improve its Grand Banks store, the company’s U.S. parent was grappling with a major safety push by inspectors with the Occupational Safety & Health Administration. After scrutinizing a store in Rochester, New York, the OSHA released a damning report and issued a stiff fine.

According to a press release, “The Rochester inspections led OSHA to identify fall hazards, obstructed exit routes, an absence of lockout/tagout procedures for energy sources that would allow employees to safely perform maintenance on a compactor, an unguarded grinder, no training for employees using personal protective equipment, a lack of eye and face protection, and a lack of information and training on hazardous chemicals in the workplace.”

It wasn’t the only store with problems. The OSHA identified Walmarts in several other states with a similar disregard to maintaining a low-risk workplace.

The Bentonville, Arkansas, giant wasn’t a stranger to such controversies. Four years earlier, Jdimytai Damour, a 34-year-old Walmart employee in a small New York State town, had been trampled to death during a Black Friday pre-dawn sale after a crowd of crazed shoppers stampeded. The chain refused to pay the OSHA’s $7,000 fine and is still appealing the OSHA ruling.

As for the numerous infractions at Walmart’s Rochester store, the company last year struck a deal with the U.S. Department of Labor to make broad safety and training improvements at almost 2,900 stores in the 22 states under OSHA jurisdiction. The company paid a $190,000 fine, bargained down from the initial $365,000 penalty.

The agreement, however, doesn’t extend to Walmart’s Canadian stores, says Pelletier. “At Walmart Canada we have a broad range of policies, standards and controls in place to address a range of health and system topics.” He adds that the company now uses a ticketing/controlled entry system for Black Friday crowds.

The Walmart story is part of a larger narrative about the evolution of mass merchandise retailing and the proliferation of sprawling distribution centres. With many such facilities dependent on a non-unionized, transient workforce, the conditions inside aren’t well understood, says Cam Mustard, president and senior scientist at the Institute for Work & Health, in Toronto. “When you get behind the walls of a big warehouse in Brampton, I don’t know what goes on in there.”

Some accident reports have leaked out. In 2012, John Whitcombe, an employee of a firm hired to wash trucks at the Brewers Retail distribution centre in Brampton, died after inadvertently drinking windshield washer fluid stored in a vodka bottle at the plant. Inspectors discovered that employees regularly filled old liquor bottles with cleaning fluids, and fined Brewers $175,000.

Amazon is another global e-commerce giant that has seen its share of distribution centre tragedies. Last winter, Ronald Smith, a temp working in one of Amazon’s New Jersey centres, died after being crushed in a conveyer belt.

These aren’t isolated incidents. In 2010, the U.S. National Institute for Occupational Safety and Health found that workplace injuries in the retail/wholesale sectors were surprisingly high, with over 800,000 injuries and 561 fatalities in 2006. The study noted that while the wholesale and retail trade industry made up 15.5 per cent of private-sector work for the year, it accounted for 20.1 per cent of non-fatal injuries.

Another assessment by UCLA’s Labor Occupational Safety and Health Program and Warehouse Workers United had even more shocking conclusions. Interviews with a hundred current and former warehouse workers in Los Angeles’ Inland Empire – a district with hundreds of distribution centres and tens of thousands of workers – painted a picture of ever-present danger.

“Of the 101 current or former warehouse workers surveyed, 63 told us that they had been injured on the job, 83 had suffered from a job-related illness, and 84 witnessed an injury to a fellow co-worker,” noted the study. “Simply put, Inland Empire warehouse workers often work in dangerous conditions.”

Canada has its own distribution centre zones, on the fringes of cities like Vancouver, Halifax, Montreal and Greater Toronto. The workforces tend to be transitory, with lots of part-time employees. Mustard says that organizations with high turnover may be less safe because there are fewer employees with a thorough understanding of workplace risks.

Barry Fowlie, Canadian director of Workers United Canada, which represents employees at Winners stores and distribution centres, says in many warehouses, operators rely on temp agencies to provide workers at wages of about $14 an hour. Many are recent immigrants and reluctant to report accidents. “They know they won’t be sent to other jobs,” he says. “They’re working hurt.” (Kathy Yamich says most injuries are musculoskeletal or repetitive strain; for example, carpal tunnel syndrome resulting from hours of stickering packages.)

Fowlie, however, points out some fundamental differences between the Canadian and U.S. distribution centre sectors. In the Inland Empire, most employees are Latinos, including many illegal aliens working under the threat of deportation. “These workers are disposable. Where are they going to go if they get hurt?”

The Canadian system, by contrast, connects worker compensation insurance premiums to year-end rebates given to employers. If an employer exceeds an industry-benchmarked accident rate they don’t get a rebate.

Moreover, provincial officials have been paying more attention recently to health and safety infractions in the retail/wholesale sectors. In Ontario, both have been subjected to safety blitzes. Inspectors targeted almost 1,100 workplaces and issued 3,990 orders, including 134 “stop work” citations involving poorly maintained equipment. As the July 2014 report of the blitz concluded, “The results indicate warehouse hazards continue to be a key concern and that workplace parties need to improve safety and their understanding of their duties and responsibilities.”

Cam Mustard points to important reforms meant to help temporary employees: According to legislation currently in debate in the Ontario legislature, companies that contract with temporary employment agencies would be responsible for the financial consequences should a temporary employee experience a work-related injury or illness. Also in Ontario, independent contractors in the construction industry who were previously excluded from provincial workers’ compensation coverage are now required to participate in the provincial insurance program. This shift, he says, “moves them away from the underground economy.”

This story is the first in a series of articles on workplace safety that will appear on corporateknights.com during October, in partnership with and with funding support from the Canadian Society of Safety Engineering and the Center for Safety and Health Sustainability. Visit our Workplace Safety landing page to follow the series.

(NOTE: The final paragraph of this story was updated on October 17 to clarify the status of legislative changes/efforts in Ontario.)