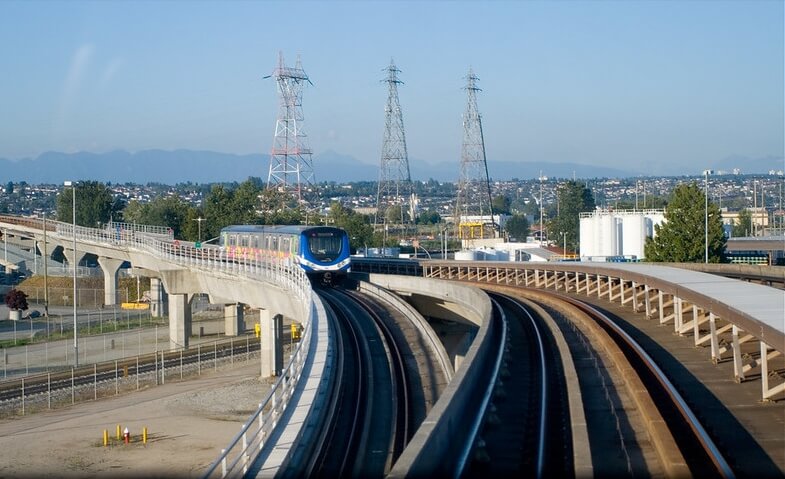 With economic shutdown came work-from-home arrangements, social distancing and reduced transit ridership that Canada’s transit and shared mobility sector was not prepared for. To make matters worse – and despite efforts to accommodate social distancing – transit faced a barrage of negative press describing it as the scourge of transportation.

Funny, then, that it’s transit that will save our economy.

The pandemic has already led to a spike in demand for transit innovation across Canada. Spaced-out seating designs, advanced air-flow systems and filtration monitoring, innovative seat covers that kill virus particles, or at least are resistant to them, so particles can’t bind to the material – these are just some of the made-in-Canada technology solutions transit systems have put forward to get people moving more safely.

But over the long-term, a more fundamental solution is needed. Low-cost, high-frequency transportation is critical to the country’s economic recovery. Canadians need a transit system that moves them faster, cheaper and safer than before.

COVID-19 has given us the opportunity to do just that with rail.

In a globalized world that privileges cheap movement of goods and people, expanded rail is the best way for our country to recover – by moving people and goods efficiently and in a climate-conscious fashion.

For 18 months before the pandemic, the Canadian Urban Transit Research & Innovation Consortium (CUTRIC) crisscrossed the country, consulting more than 220 experts from the private and public rail sectors, to come up with a list of innovation projects that Canada’s rail system is ready to launch, integrate and adopt – radically transforming the way Canadians move.

These are a few of their key ideas:

With this type of innovation, Canada stands to benefit from extensive post-pandemic job creation in the mobility sector. Look at the players: companies like Ballard Power Systems in British Columbia and Ontario-based Hydrogenics (now Cummins) produce hydrogen electric power and fuelling systems that are exported globally but which struggle to find clientele domestically. In a globalized world, companies don’t stay where they’re not welcome. Keeping Ballard and Hydrogenics jobs here requires investment in “hydrail” – hydrogen rail systems.

Small to mid-sized enterprises are our nation’s job creators. Ontario’s eCAMION designs and builds energy storage and charging devices for heavy-duty vehicles and could support electrified rail innovation. Companies such as Bombardier Transportation (now owned by Alstom) and Thales have been rail innovators for years. In Canada, Thales already employs thousands of highly skilled engineers in Ontario and Quebec and has long championed and deployed driverless rail controls, including the world’s first in 1986 with the Vancouver SkyTrain system. Extending these systems nationally would create more of these jobs.

Swiss-headquartered ABB Group, with its electric vehicle innovation centre in Montreal, and Siemens Canada, with its e-mobility group in Ontario, are world leaders in high-powered charging systems for trains, streetcars, buses and electric cars. They’ve chosen to grow jobs in this industry in Canada. Rail innovation gives them a reason to not regret it.

Canada already boasts thousands of skilled transit workers in rail operations and maintenance. According to the Rail Association of Canada, Canada employs another 32,000 people full-time in the private rail sector. This gives us a head start in the race to lead rail mobility globally, boosted by programs at the University of Alberta and Queen’s University, which have long turned out Canada’s most talented brains in rail technology.

Victorian Britain was known for its innovations in trans-Atlantic shipping, nationwide rail expansions and urban electrification. One hundred and fifty years later, the democratized colony of Canada needs to exceed the engineering and transportation prowess of its former colonizer. In a post-pandemic world, Canada must lead humanity with resilient green investments that create job growth and improved mobility for all Canadians.

Josipa Petrunić is the president & CEO of the Canadian Urban Transit Research & Innovation Consortium. CUTRIC will be forging a Rail Innovation Strategy for Canada: 2020–2025 with its nationwide consortium of private and public member companies and organizations later this this year.

Walter Kinio is the vice president for Research and Innovation at Thales. The Thales worldwide Urban Rail Signalling competence centre is located in Toronto where Communications Based Train Control (CBTC) technology was invented and today continuous innovations are embedded.