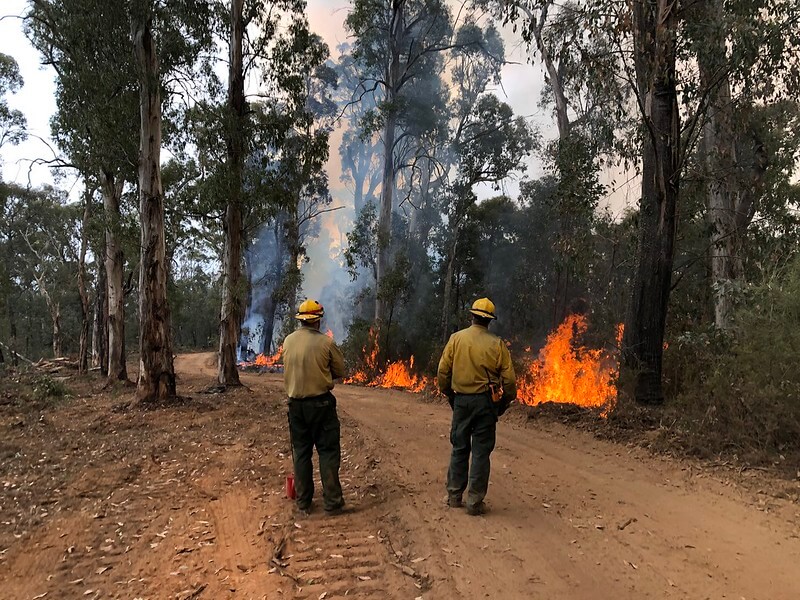 In the wake of devastating bushfires, news emerged earlier this month that Australia plans to speed up the introduction of mandatory climate stress tests for its financial sector. This week, Australia’s financial regulator released more details, announcing that a stress test will be developed this year and applied to its biggest banks in 2021.

Australia is the latest country to move forward with climate stress tests. It follows the lead of the Bank of England, which released a detailed discussion paper in December outlining how it intends to run its own tests on banks and insurers.

Canada’s financial industry should take notice. The Bank of Canada announced last year that it intends to run climate stress tests in the future – although when exactly, we don’t know. What could Canadian banks and insurers expect?

We can look to the UK to get an idea.

The UK’s proposed scenarios are by far the most detailed of any central bank and provide important insights into how financial regulators view climate risk. The goal of the UK climate stress test is to understand the financial exposure of banks and insurers to climate-related risks. The test covers both physical risks, such as droughts, floods and extreme weather events, and transition risks, such as sharp increases in carbon prices or changes in unemployment or corporate bond yields resulting from market or technological disruptions.

The Bank of England’s framework consists of three scenarios. The first two involve pathways whereby the world, over a 30-year period, reduces greenhouse gas emissions to limit global warming to below 2C.

The first scenario is an orderly one, where government policies move in a clear direction and firms have time to adapt and manage the transition.

The second scenario is “late policy action.” After a decade of delay, governments are compelled to act. They rapidly implement sweeping policy changes in an effort to dramatically reduce emissions. Asset prices see a sudden, sharp re-pricing.

In the third scenario, the world fails to take steps to limit warming below 2C, resulting in devastating impacts: extreme heat, droughts, floods, forest fires and storms at a level we have not seen before, all with horrific implications for the health and well-being of our economy and natural environment.

UK banks and insurers must run their balance sheets through the lens of each scenario, assess its financial impact and aggregate it across their various portfolios. Following the first phase, the Bank of England will look for areas where banks and insurers diverge in their forecasts and go back to them with adjusted information. If insurers disclose that they expect to phase out certain types of insurance, for example, banks need to revise their lending plans accordingly.

There are also qualitative aspects to the stress test. Participants need to outline what management actions they would take to mitigate risk and position their businesses to thrive in the transition to a carbon-neutral economy. The stress test recommends that companies use the Task Force on Climate-related Financial Disclosures (TCFD) framework to explain how climate change will affect them.

Climate scenarios can’t be predicted based on historical patterns; they are constantly evolving, and there is no one “right” answer. Evaluating the disclosure of climate risks is challenging because businesses often use different data sets.

The Bank of England aims to overcome this barrier by laying out scenarios with specific data points, allowing for a much closer apples-to-apples comparison. The direct nature of the stress test means firms are forced to confront – and disclose – what extreme but plausible climate scenarios could mean for their balance sheets, making it easier for the Bank of England to identify systemic risk.

As the bank’s governor, Mark Carney, said at the launch of the COP26 Private Finance Agenda this week, corporate disclosures need to move beyond the static (current emissions) to the strategic (plans to reduce emissions).

As pressure builds on businesses to disclose what they’re doing about climate change, the UK’s stress test provides a glimpse into the types of climate-risk questions Canadian banks and insurers need to be able to answer. Canada’s economy is far more carbon-intensive than most, and scrutiny from investors and regulators about climate risk is only going to grow.

Companies that can articulate how their business models will support – and thrive – in a low-carbon economy will prosper. Those that can’t coherently explain their plans for a climate-adjusted future can expect to be punished by investors.

In a research note on climate change published in November, the Bank of Canada said its first step is to evaluate the exposures of Canadian financial institutions to climate-related risks. The Bank of England is sharing its stress test findings with the Network for Greening the Financial System – of which the Bank of Canada is a member. There’s no reason Canada’s banks and insurers can’t get ahead of the curve.

It’s not a matter of if, but when: climate stress tests are coming to Canada. For banks that want to demonstrate leadership and understand what climate change could mean for them, the UK’s climate stress test is a good place to start.