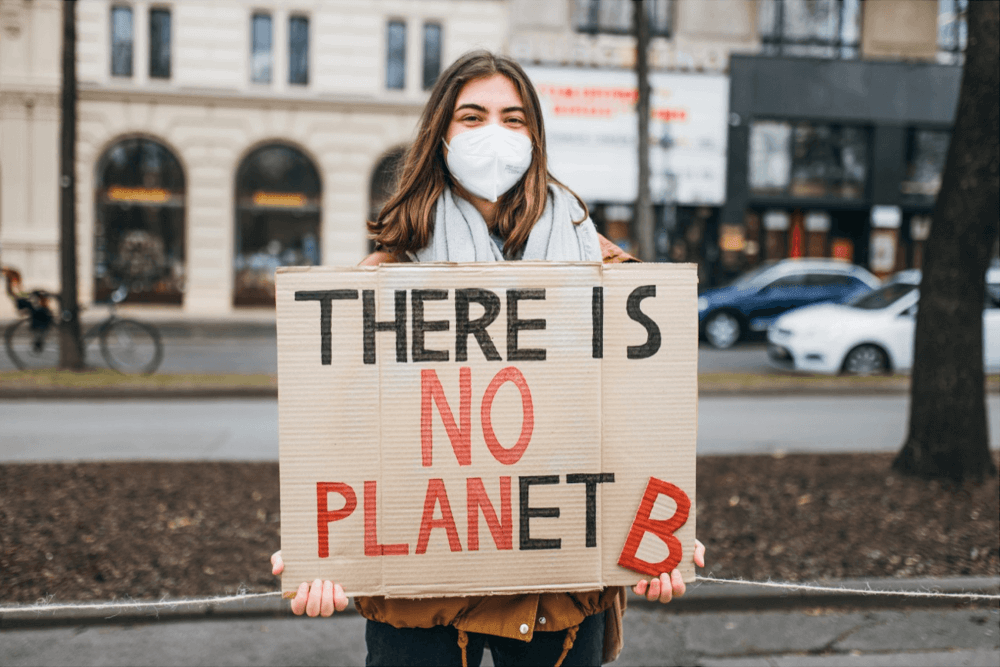 Believe it or not, the first Earth Day, celebrated in the U.S. in 1970, saw Republicans and Democrats, rich and poor, farmers and city dwellers, executives and labour leaders, unite against pollution and oil spills. The effort directly spurred the creation of the Environmental Protection Agency and several first-ever environmental laws. Since that fast start, the fight to save the earth has gone global, but progress has often stalled.

As UN Secretary-General António Guterres said recently, 2021 will be “a make or break year” to confront the climate emergency. In business and government, he said, “decision-makers must walk the talk.”

“Long-term commitments must be matched by immediate actions to launch the decade of transformation that people and planet so desperately need.”

So far, Earth Day 2021 feels different. The U.S. is back on board and is hosting its own climate summit on April 22. Ahead of the virtual gathering of world leaders, the White House announced that it would be reducing its greenhouse gas emissions by between 50% and 52% by 2030, based on 2005 levels, in line with calls from the UN. Facing pressure to adopt tougher emissions targets, Prime Minister Justin Trudeau today announced that Canada would be upping its target to a 40% to 45% reduction in emissions by 2030, from 2005.

Of course, Canada has failed to meet all past climate commitments, and as the New York Times pointed out this week, Canada is “the only G7 nation whose greenhouse gas emissions have increased since the Paris Agreement.” But University of Alberta climate economist, Andrew Leach, said at least this time the federal government’s latest budget should help Canada get “in the ballpark” of its previous 36% target.

The weeks leading up to Earth Day have seen a torrent of actions, ideas and announcements that tell us that Earthlings are getting serious about winning the war on carbon. Last month, U.S. President Joe Biden kicked things off by unveiling a US$2-trillion infrastructure plan infused with green economy boosters. The package includes $174 billion to turbocharge the EV market, $100 billion to modernize the electric grid and $16 billion to help fossil fuel workers transition to new jobs.

Including the U.S. and Canada, more than 100 countries – representing nearly two-thirds of global emissions – are now committed to going net-zero. Another 1,500 corporations have pledged to do the same. In March, the UN announced that 22 European pension funds, foundations and other major investors, totalling US$1.2 trillion in assets, have committed to cutting the carbon emissions of their portfolios to net-zero by 2050 or sooner. That brings the total to 37 investors, managing US$8 trillion, that have signed on to a carbon-fighting investing plan created by the Institutional Investors Group on Climate Change.

“The global investment community has been called on to play its part in the transition to net-zero – and it is answering that call,” said IIGCC CEO Stephanie Pfeifer.

As of March, six of the largest U.S. banks and a handful of Canadian banks have vowed to align their lending portfolios with the goals of the Paris Agreement. Goldman Sachs’s commitment was particularly noteworthy, since the financial giant has been widely criticized for its recent financing of fossil fuel companies. Is Wall Street finally taking climate change seriously? Ensuring those net-zero pledges are met is the critical next step.

Ultimately, it won’t be the banker boomers and Gen-Xers saving the planet.

Youth in Portugal, the U.S., Canada, Australia and beyond are spearheading a host of lawsuits arguing that their governments failed to safeguard their right to a stable climate.

At the global Sustainable Energy for All (SEforALL) Youth Summit in February, where 2,000 youth from 120 countries gathered virtually, a top UN official urged young people to seek jobs in government to ramp up lagging climate goals. “We can’t keep doing things from outside,” said Damilola Ogunbiyi, co-chair of UN Energy and head of SEforALL.

A coalition of youth-led groups in the U.S. clearly agrees. They have put forward an official proposal to the Biden administration: establish an independent “Office of Young Americans” situated within the executive office of the president.

Said 17-year-old Isabella Fallahi, founder of Polluters Out, a global youth-led coalition targeting the fossil fuel industry, “We need to be given not just the mic but decision-making abilities.”

A version of this article appears in the Spring Issue of Corporate Knights.