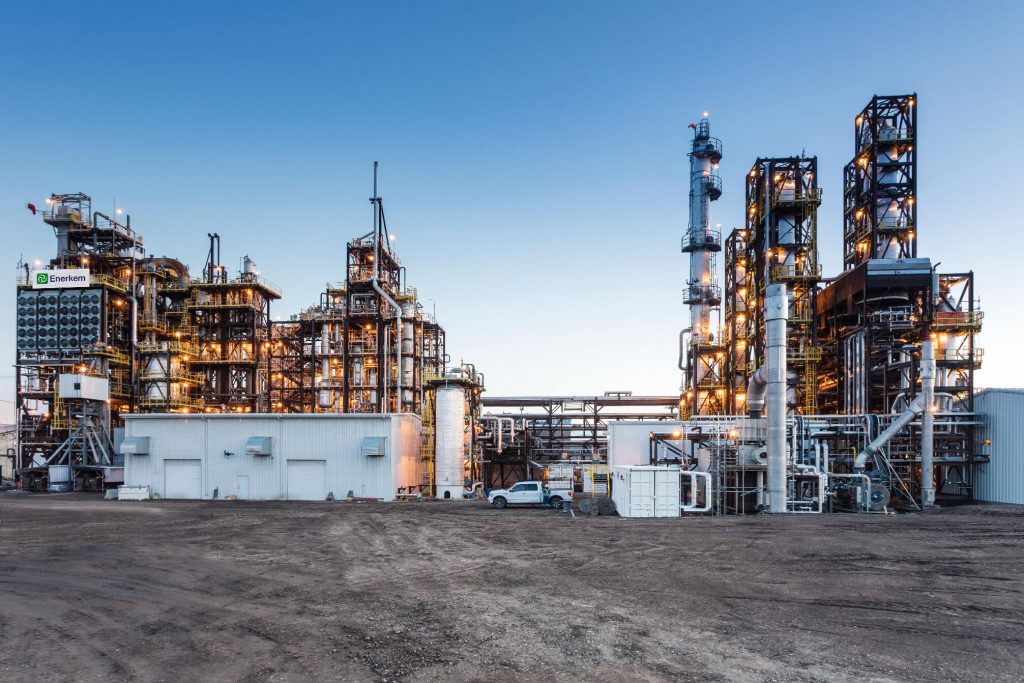 In the first month of Suncor’s partnership with Enerkem, which turns household garbage into biofuels, Enerkem produced more cellulosic ethanol than it had in its history.

This story is more than 50 years old, a story of how the oil sands came to be an economically viable global scale resource development and Canadian success story. If we now focus on the low-carbon growth opportunities staring us in the eye, it could also be our future.

While Canadian oil and gas will remain a significant part of the global energy mix for some time, we have to take advantage of new opportunities that offer attractive growth prospects. The temporary economic lockdown triggered by the 2020 pandemic is giving us a glimpse into a not-too-distant future where the transformation of our energy system could disrupt demand on a similar scale. Disruption breeds opportunity and forward-looking companies and countries will need to step up and lead.

Now is the time to take a big step forward. As the history of the oil sands reveals, disruption and transformation are nothing new for Albertans and we’re optimistic that the Canadian energy industry is up to the challenge and best positioned to invest in and lead energy transformation.

Here’s why. The oil and gas industry is one of the largest markets for, and potentially investors in, clean technology in Canada.  The challenges faced by the sector, combined with an entrepreneurial culture and the motivation to thrive in tomorrow’s low-carbon economy provides a wealth of opportunity for clean technology investment by the sector. Canada needs to ensure these opportunities aren’t ignored.

Companies like Suncor not only conduct extensive internal technology development, they also monitor and invest in technologies developed by others. Consider Suncor’s partnership with Enerkem, which turns household garbage into biofuels. In addition to an equity investment, Suncor seconded a dozen operations experts. Working together, in the first month, Enerkem produced more cellulosic ethanol than it had in its history, demonstrating the potential for the energy industry to provide innovative technologies and processing expertise to help scale renewable production.  It’s partnerships like these that combine the expertise from different sectors that will lead to breakthroughs, significant growth opportunities and provide the greatest opportunity for Canada to succeed on the world stage.

Canada has an abundance of bio-based natural resources, the waste residues of which are ideal feedstock for biofuels. Beyond biofuels, there are other significant growth opportunities where we have all the ingredients needed to win on the world stage.

For example, the carbon density of Canada’s bitumen reserves make it uniquely suited for advanced manufacturing and materials processes that could create billions of dollars in additional value. Foremost among these Bitumen Beyond Combustion opportunities is carbon fibre, a strong, lightweight material increasingly important for producing lighter vehicles (including EVs) and building materials that store rather than emit carbon in their fabrication. Asphaltene makes up 15 to 20% of bitumen and is the feedstock for making carbon fibres. If we can figure out how to do this affordably at scale, it has the potential to quadruple the revenue from Alberta’s current bitumen output. Alberta Innovates estimates the added economic potential of carbon fibre, activated carbon and asphalt binder alone could be in the range of $84 billion annually.

The seeds for all of these ideas have already been planted in Alberta, nurtured by the Energy Futures Lab, Alberta Innovates, some leading energy companies and other collaborative efforts. It shows what’s possible when we seek common ground and use past and current strengths to build what the future requires of us. Those who can learn from the past are empowered to win the future.

Now is the time for the federal government to support disruptive innovation in the same spirit as the Alberta Oil Sands Technology and Research Authority (AOSTRA), which was launched in 1974 and made technological breakthroughs that unlocked hundreds of billions of dollars of value from the oil sands in subsequent decades benefitting all Canadians.

Three points to keep in mind:

As we emerge from the COVID-19 crisis, the same approach that helped unlock the economic potential of the oil sands decades ago can now be reimagined to drive progress to the low-carbon growth markets of the future, leveraging the natural resources, highly skilled workforce and industrial infrastructure already found in regions that produce oil and gas.

We cannot predict the future, but we can shape it.

Mark Little is president and CEO of Suncor Energy Inc.

Laura Kilcrease is the CEO of Alberta Innovates.