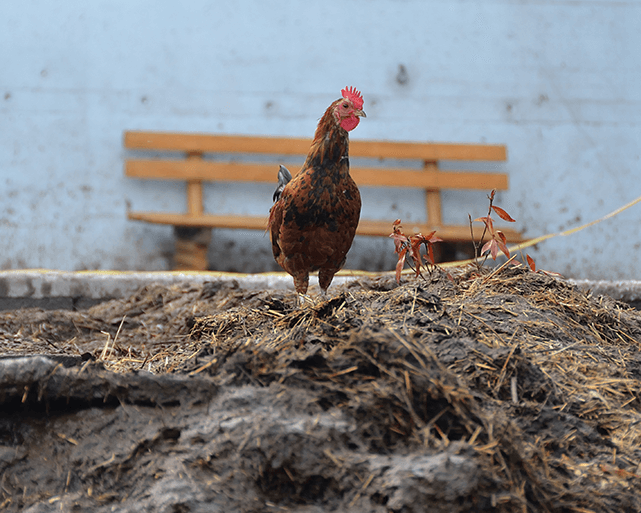 At least that’s the promise of a fledgling renewable-energy industry which, buoyed by recent regulatory rulings, appears set for rapid growth in the United States and, hobbled by minimal government support, is taking tentative first steps in Canada.

The potential comes from the biogas that’s produced when farm manure, human sewage, food leftovers, agricultural crop residues or other organic wastes are broken down by bacteria in oxygen-free or anaerobic conditions, releasing a methane-rich gas. This happens in engineered landfills, as well as specialized facilities known as anaerobic digesters, which are found mainly on farms and at wastewater treatment plants.

As is, biogas can fuel electricity generators. Remove its moisture and impurities – a relatively simple process – and it upgrades to renewable natural gas, or RNG, which is indistinguishable from the petroleum-based product.

While RNG can substitute for any use of natural gas, proponents consider its greatest promise as a vehicle fuel, particularly given the shift among truck and bus operators from diesel to compressed natural gas.

It has great potential in transportation, says Alicia Milner, president of the Canadian Natural Gas Vehicle Alliance, which includes the country’s main gas producers and distributors.

If the energy in all the organic wastes from U.S. households, institutions, factories and farms was converted into RNG, it could power almost every American urban truck and bus fleet, says the New York-based advocacy group, Energy Vision. Or, it could replace 16 per cent of the 144 billion litres of diesel fuel consumed annually by the 10 million fleet trucks and buses on U.S. roads and highways, the American Gas Foundation and American Petroleum Council estimates in a recent study. That use, in turn, accounts for nearly one-quarter of all U.S. transportation fuel.

Canada’s leading industry group, the Ottawa-based Biogas Association, reached a similar conclusion in a study this year, which said RNG could fill up to 3 per cent of the country’s natural gas demand, most significantly as a transportation fuel.

To date, only a tiny fraction of that potential has been realized.

Just 12 U.S. projects produce RNG for vehicle fuel and 30 or so more are proposed. Canada has only two commercial-scale projects, with a handful more at early and mainly uncertain stages of development. This year’s total RNG production will be equivalent to just 373 million litres of diesel, or less than 0.003 per cent of the truck and bus total.

The fuel faces tough challenges. Most troublesome are its 50 per cent cost premium over conventional natural gas and a shortage of distribution and fuelling infrastructure. Still, a combination of environmental and financial developments could boost it from niche to mainstream.

The advantages start with pressure to increase biogas production. The volume of materials to feed digesters is growing as municipal, state and provincial governments ban many organic wastes from landfills and impose tougher regulations to protect waterways from sewage and manure pollution.

Electricity generation remains the top option for that biogas. But North American electricity prices are low and government support – such as the premium price paid for renewable electricity under Ontario’s Feed-in Tariff program – is waning. So producers, seeking new biogas markets with better revenues, are considering RNG.

Here, the twists and turns multiply.

RNG is too expensive to compete with most uses of natural gas – unless governments offer incentives or, as in British Columbia, customers of the natural gas distributor, in this case FortisBC, agree to a voluntary surcharge for the green gas.

But RNG has a more promising route into transportation, thanks to the move from diesel to natural gas for buses and medium- or heavy-duty trucks.

Since few, if any, vehicles will run entirely on RNG, its potential is tied to sales of those fuelled by natural gas. There’s positive news here for RNG: an expanding market. Natural gas vehicles are about 25 per cent more expensive than similar diesel units. Yet at the same time, natural gas is plentiful, costs half as much as diesel and cuts greenhouse-gas emissions from the tailpipe by about one-third. According to Navigant Research, sales of natural gas trucks are increasing by about 25 per cent annually.

When considering the environmental benefits, RNG is priced close enough to natural gas to make it attractive.

Those benefits are substantial. According to the California Energy Commission, RNG has the lowest carbon footprint of any transportation fuel. It cuts greenhouse gases by 90 per cent compared with diesel and 60 per cent below natural gas, while transforming expensive waste-management problems into revenue streams. Users can receive a variety of credits, tax breaks and other incentives, most notably under the U.S. Environmental Protection Agency’s Renewable Fuel Standard. They can also claim sustainability bragging rights since, along with its climate-change benefits, RNG avoids the controversy over fracking, the process of wresting natural gas from deep underground shale.

Among the RNG projects in the works:

• The in-progress Promus Outlook-Granger project in Washington State aims to convert manure from about 3,150 dairy cows into RNG that’s equivalent to nearly 1.6 million litres of diesel annually. Some will be sold directly to nearby transportation fleets; the rest will be injected into the interstate pipeline network where it could help to fuel distant fleets.

• In Hamilton, Ontario, most of the biogas produced at the city’s main sewage treatment plant fuels an electricity generator. But a portion is upgraded to RNG and injected into the regional pipeline grid, displacing a small amount of conventional gas. The city buys pipeline gas for some of its vehicles and the local distributor, Union Gas, deducts the RNG’s value from the bill.

• Near Montreal, RNG from a landfill is injected into the pipeline network and helps to fuel 80 trucks operated by waste management company EBI Énergie. FortisBC is developing a similar operation in Surrey, a suburb of Vancouver, and Ontario’s Niagara region is considering the idea.

The U.S. renewable natural gas industry got a recent boost when the EPA announced its final Renewable Fuel Standard, the major incentive for ethanol, RNG and other alternative transportation fuels. The regulations guarantee a market by requiring that conventional oil companies buy minimum annual quantities of renewable fuels, and they create a complex system, based on a trade in Renewable Identification Numbers, or RINs, to set the price.

The standard classifies fuels into four categories, each with its own minimum volume. Simply put, the final draft moved RNG into a different category with a much higher volume than its previous classification. It’s expected that increasing the amount of RNG that oil companies must purchase will boost the value of its RINs.

The EPA also announced that for the first time since its 2005 introduction, the fuel standard will apply to RNG consumed to generate electricity for plug-in electric vehicles.

While the exact impacts won’t be known until the EPA unveils more details, the changes are “above and beyond what we were hoping for,” says David Cox, director of operations at the Coalition for Renewable Natural Gas, the main industry lobby group. For the longer term, the unexpected inclusion of electricity for EVs “is a really big deal.”

California, which leads North America in most areas of renewable energy and is home to more RNG production than any other state or province, also recently approved regulations making it easier to put the gas into the pipeline network.

Canada’s situation is dimmer. The federal government requires minimum percentages of ethanol and biodiesel in gasoline and diesel fuel but won’t extend that provision to RNG. No province provides direct support.

“Things are moving in the right direction, but it’s slow because we don’t have the regulatory support,” says Stephanie Thorson, who heads the issue for the Biogas Association.

“We’re plodding along. We need some drivers that will move the market in a significant way.”