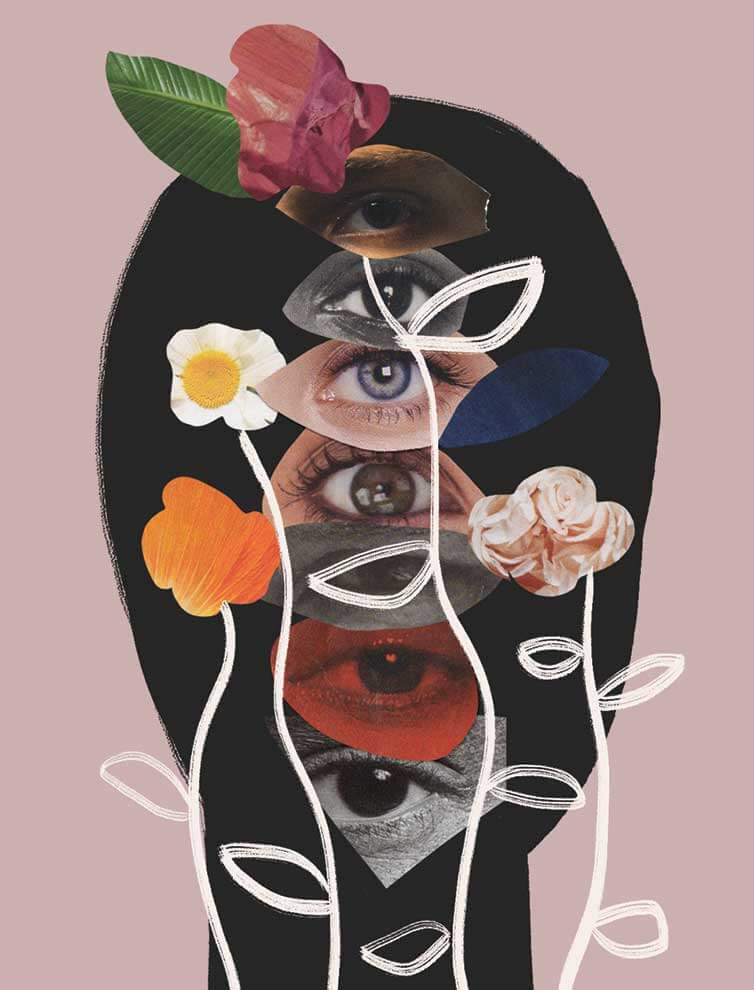 When Marianne Smith interviewed with Blake, Cassels & Graydon for an articling position in 2003, it never occurred to her to ask about the storied law firm’s stance on diversity. Coming out as a lesbian was even lower on her list of priorities.

Today, the corporate lawyer and partner in the firm’s Toronto offices has a Pride flag on her desk. She’s involved in Blakes’ employee resource group on behalf of its lesbian, gay, bisexual, transgender and queer (LGBTQ) staff members. When she interviews law students interested in joining the firm, “almost everyone I speak with asks about diversity, regardless of their personal circumstances. And when we recruit young [LGBTQ] lawyers, they are, by and large, out in the recruiting process.”

When Smith tells new hires her story – how it took a good five years for her to feel comfortable enough to come out at work and to bring her partner to a corporate social event – “it doesn’t resonate. They just look at me, confused. They can’t imagine not being their whole selves at work.”

According to a recent report by Great Place to Work and Pride at Work Canada, business leaders across the country now recognize diversity – including that of sexual orientation, gender identity and gender expression – as a competitive advantage. The report notes that 85 per cent of organizations have a diversity team or person whose mandate explicitly includes LGBTQ employees, and 62 per cent have an LGBTQ champion at the C-suite level. Pride at Work Canada, which works with industry partners to foster LGBTQ diversity and inclusion in the workplace, had 50 partners in 2014, notes its executive director, Colin Druhan; today, it has 83. From the Big Banks’ sponsorship of Pride events to de rigueur LGBTQ employee resource groups to increasing coverage for gender-affirming surgeries (currently, 11 per cent of organizations offer such benefits to their transgender employees), the past decade or so has seen some visible gains in terms of LGBTQ rights in the workplace.

Those gains, in many ways, are uniquely Canadian. In contrast to the United States, where anti-gay discrimination is still legal in nearly 30 states, Canada’s LGBTQ populations have implied protections under Section 15 of the Charter. The Canadian Human Rights Act protects LGBTQ employees from employment discrimination; Bill C-16, currently awaiting Royal Assent, was put forth by the sitting Liberal government to update the act to include the terms “gender identity” and “gender expression.”

For all the positive change, however, cautions Druhan, there’s still much more to accomplish. A recent study commissioned by Telus found that one third of the 814 respondents (half of whom identified as LGBTQ) did not find their workplaces safe and inclusive for lesbian and gay employees; 45 per cent said the same for trans workers. Nearly a third of respondents said they had experienced or witnessed homophobic or transphobic discrimination or harassment at work – with fewer than 40 per cent of these incidents reported to employers.

While being out has arguably given more visibility and opportunity as leaders to employees like Blakes’ Smith or Kimberley Messer – who represents IBM Canada’s Global Diversity Business Development team focused on workforce diversity and LGBTQ markets – 35 per cent of respondents aren’t convinced that LGB employees have opportunities to be promoted to senior leaders; for trans workers, that number rises to 52 per cent. Perhaps for all of these reasons, nearly 60 per cent of LGBTQ respondents said they were not fully out at work.

And that takes its toll, particularly in highly intensive, competitive environments where teamwork is key. “Corporate law is a pretty intense practice,” says Smith. “I spend more time with my colleagues than I do with my partner or my family. And when you can’t be your whole self at work, that can have a negative impact not only on you but on team dynamics and morale.”

LGBTQ employees who are closeted face the stress of “constantly having to obfuscate” about their partners, their activities, their identities, says Sarah Kaplan, a professor at the University of Toronto’s Rotman School of Management and director of its Institute for Gender and the Economy. Those workers who are partially or even fully open about being LGBTQ still face the stress of mentally auditing each new situation for potential hostility; coming out to each new hire or manager; being misgendered; or choosing whether to correct a client who notices a wedding ring and asks about a gay man’s “wife.”

That accumulated stress, says Kaplan, amounts to a mental “tax” on LGBTQ workers. “Some percentage of their energies is being spent on constantly coming out or constantly being in the closet, and that means that they are not able to focus all of their energies on doing the job. If you’re an employer, you should be very worried about that.”

Indeed, having fully-engaged team players is one compelling business case for creating LGBTQ-friendly workplaces. As Smith’s experiences make clear, recruitment is another: the Telus study reported that 56 per cent of Canadians and 86 per cent of LGBTQ Canadians are more likely to consider working for businesses that support the LGBTQ community. Respondents also perceived LGBTQ-friendly workplaces as better corporate citizens, more innovative and more understanding of their customers’ needs. As IBM’s Messer puts it, diversity is a key driver of innovation – “and if we’re not innovating, we’re not going to be successful.”

What does it take, then, to create a corporate environment that truly welcomes LGBTQ workers? There’s a laundry list of best practices, says Druhan, from creating formal policies, training, offering LGBTQ-relevant benefits (including drugs related to HIV/AIDS and full coverage of gender-affirming surgeries), creating and supporting LGBTQ employee resource groups, and ensuring that inclusion efforts have visible support from an organization’s most senior levels.

While each organization will have different needs or priorities, Pride at Work Canada has identified some general gaps. These include a lack of gender-neutral language in policy, a dearth of established guidelines for transition in the workplace, insufficient training for managers in particular, and a real hesitancy to measure LGBTQ populations.

This last one, Druhan says, “is strange, given that employers want to see measurable results. When you implement policies and programs that support inclusion, you want to have ways to measure their impact. One of the best ways to do that is demographic surveys that indicate numbers of LGBTQ employees and their satisfaction with the workplace. Where are LGBTQ employees? Where aren’t they – where do you need to focus your efforts?”

Employers can even measure the change over time and numbers of employees who openly identify as LGBTQ or gender-non-conforming versus those who “prefer not to say.” “An increase in those numbers signals the development of trust that this is an organization where it’s safe to be out,” says Druhan.

Interestingly, notes Messer, IBM notices an uptick in people who self-identify as LGBTQ each time the company adds benefits or create policies relevant to them.

Clients concerned with their own inclusion efforts are increasingly asking for diversity statistics as part of their selection process, says Smith. “We simply need to have that information in order to be responsive.”

Whatever strategies an organization adopts, says Druhan, they need to be part of a systemic effort rather than piecemeal initiatives. “You can design applications, for example, that use gender-neutral language or don’t ask about gender or allow applicants to use their chosen names. You can do outreach efforts to get those applications into the hands of LGBTQ community members. But if you haven’t trained hiring managers on how to operate an inclusive hiring process, how to check their own implicit biases, those earlier gains won’t have an impact.”

Here, perhaps, lies the difference between diversity and inclusiveness. “Diversity is having a lot of different people around the table,” says Druhan. “Inclusion is making sure that everyone is included in the conversation, giving people who may not have traditionally had access the tools to have access to the conversation.”

In many cases, that means starting well before even the recruitment process – not only to graduate and professional schools, but even the undergraduate and elementary levels.

“There’s no doubt that the diversity of our legal team does not yet represent the diversity of our communities,” says Smith. “There’s no denying that, period. And yet we are only able to recruit the people who come from law school. And so efforts need to start at the law school level and even before then to create an inclusive space for people who have not traditionally gravitated toward corporate law.” In that category, Smith includes gay women (significantly outnumbered by gay men), trans people, people of colour and “people from racialized minorities who are not traditionally represented in law but who are greatly represented in our communities.”

Blakes, for example, participates in a number of pipeline initiatives that target undergraduate students who haven’t thought of law school as a place for them, or LGBTQ law students who aren’t sure that they can be out and successful in a corporate setting. Rotman, says Kaplan, is deeply focused on creating formal structures to support LGBTQ students, including partnering with U.S.-based LGBTQ advocacy group Reaching Out MBA (ROMBA) and creating fellowships for standout LGBTQ spokespeople. It has also established The Letters, a fast-growing club for LGBTQ students and their allies.

In the end, she says, a truly inclusive workplace will require deep, system-wide changes, to “back up that rainbow on the office door with real action.”

Explains Kaplan: “There’s something about the business world that is still particularly toxic to anybody who’s not a straight white man. And if you hire a whole bunch of diverse people into that kind of system, you’re not ever going to really include those people. If you really want to be inclusive, you have to change the design of the system. And that’s the part that is difficult, that is costly, that requires risk. But if organizations are interested in helping their employees to be fully actualized, they need to take more than symbolic action.”